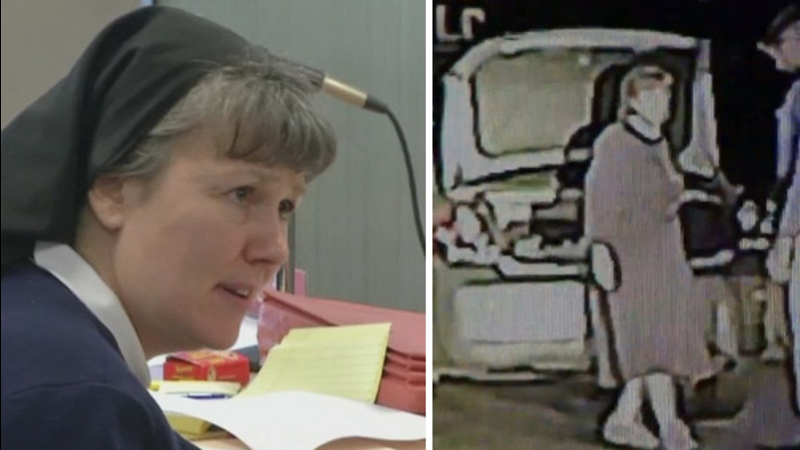 Miller had no comment as she left court on Wednesday morning but her attorney, Jeffrey Lindy, did speak.

He said the conviction isn't what bothers his client the most.

"She's obviously very upset, she's in tears. She's crying, and she's upset, because she knows what happened that night. I think the conviction doesn't bother her as much as the judge not believing her," Lindy said.

Miller was arrested in the early morning hours of November 7, 2015, in Turnersville.

Witnesses told police Miller was driving erratically and pulled into the parking lot of a Meineke auto shop and backed into the front door while turning around, shattering the glass.

She was administered a breath test that measured her blood alcohol at .16, which is twice the legal limit. However, those results were thrown out by the judge last week because the officer did not directly observe the nun for 20 minutes before administering the test, as required.

One of the officers on the scene says Miller told him she had two glasses of wine at a book signing event earlier that night. An open but corked half full bottle of wine was found behind the driver's seat.

She claimed that after taking the sleep medication Ambien, along with a glass of altar wine, she had no recollection of how she got to New Jersey or in police custody. She said that she was 'sleep driving,' not drunk driving

Whitcraft rejected Miller's story, and the Ambien defense, finding Miller was under the influence of alcohol, not the sleep medication.

"I do not think the state of New Jersey recognizes the defense of Ambien intoxication, sleep driving, if you will," Whitcraft said.

"We maintain that there's a carved-out exception when you have no knowledge of what you're doing because you took a legitimate prescription medication, and that's different than going to a bar getting so drunk you walk out, you fall on your face you get in a car you drive," he said.

Miller, 41, is a librarian and theology teacher at Little Flower Catholic School in Hunting Park.