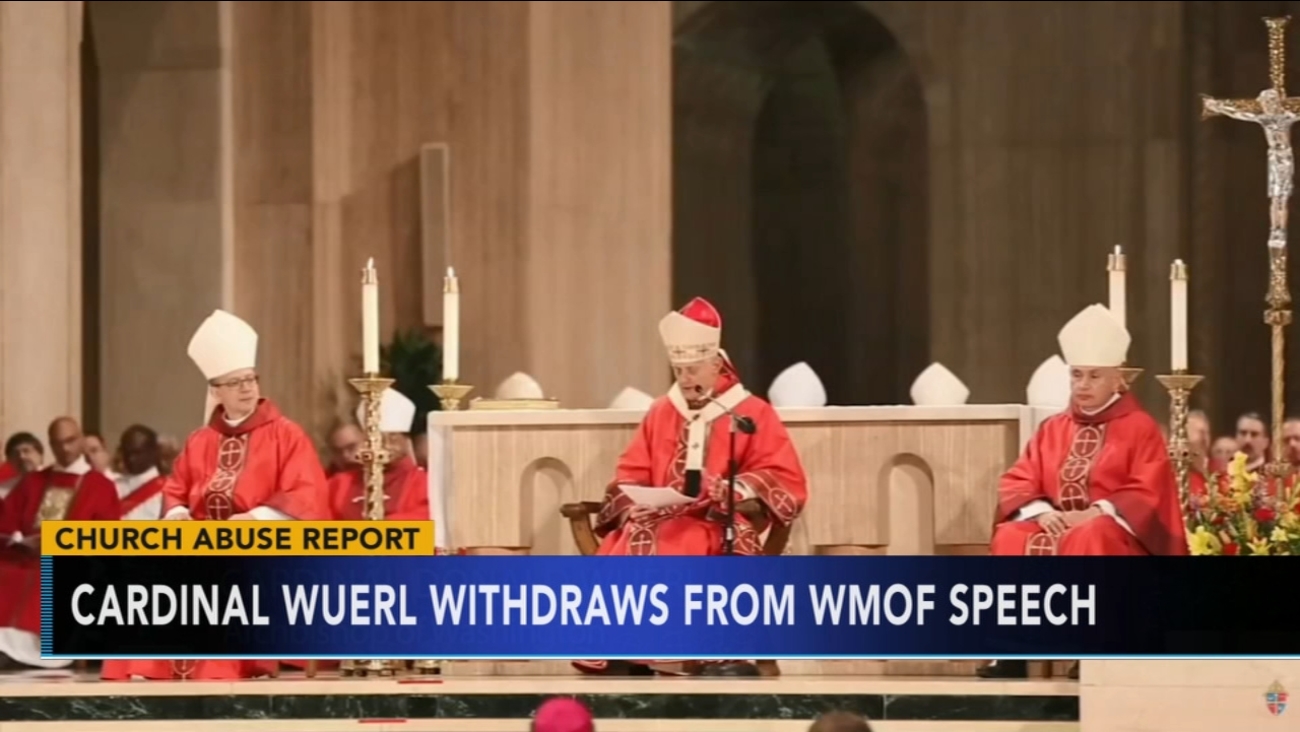 The Archbishop of Washington D.C. has withdrawn from this week's World Meeting of Families, where he was due to deliver the keynote address.

This following the Pennsylvania grand jury's report on an alleged child sex abuse coverup in the Catholic Church.

Cardinal Donald Wuerl used to be head of the Pittsburgh archdiocese, which is part of that report.

Wuerl says he met with every alleged victim, and that he put stringent regulations in place during his time as bishop in Pittsburgh.

Meantime, Attorney General Josh Shapiro says his office is seeing a surge in calls to the special clergy abuse hotline that's been established for survivors.

Shapiro says this is an active and ongoing investigation.

The Archdiocese of Philadelphia is not accused in the report.