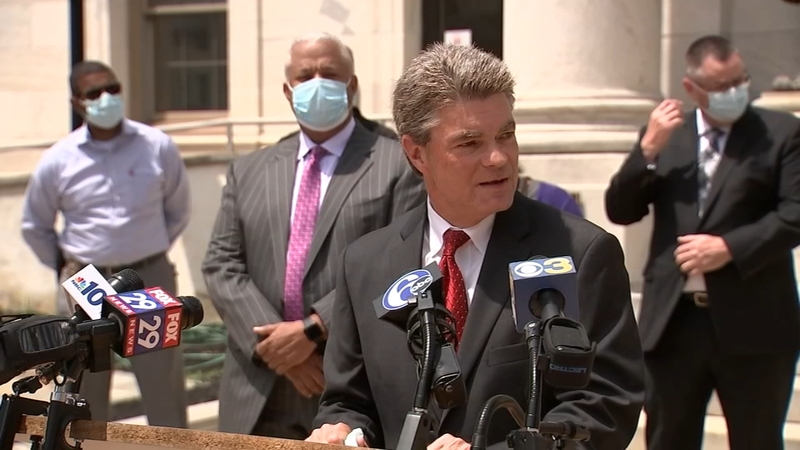 The announcement comes on the heels of protests around the country after the death of George Floyd.

The Delaware County Sheriff's Office banned chokeholds last week. That department is one of many agencies on the task force including: state legislators and municipal leaders, the Sheriff's office, the Fraternal Order of Police, the Chiefs of Police Association, the NAACP, the Delaware County Black Caucus, the criminal defense bar and the Public Defender's Office.

"We really have to look at changing the culture of our county and of our community," said Delaware County Councilwoman Elaine Paul Schaefer. "Changing the hearts and the minds and the attitudes of the people that are charged with enacting those policies and procedures."

"We've heard you and we're listening," said Chief David Splain, President of the Delco Police Chief's Association. "Clearly this needs to change and there's a need for us to do a better job as law enforcement."
Report a correction or typo
Related topics:
societymedia boroughgeorge floydpolice
Copyright © 2021 WPVI-TV. All Rights Reserved.
More Videos
From CNN Newsource affiliates
TOP STORIES