This woman goes through her day without making any trash 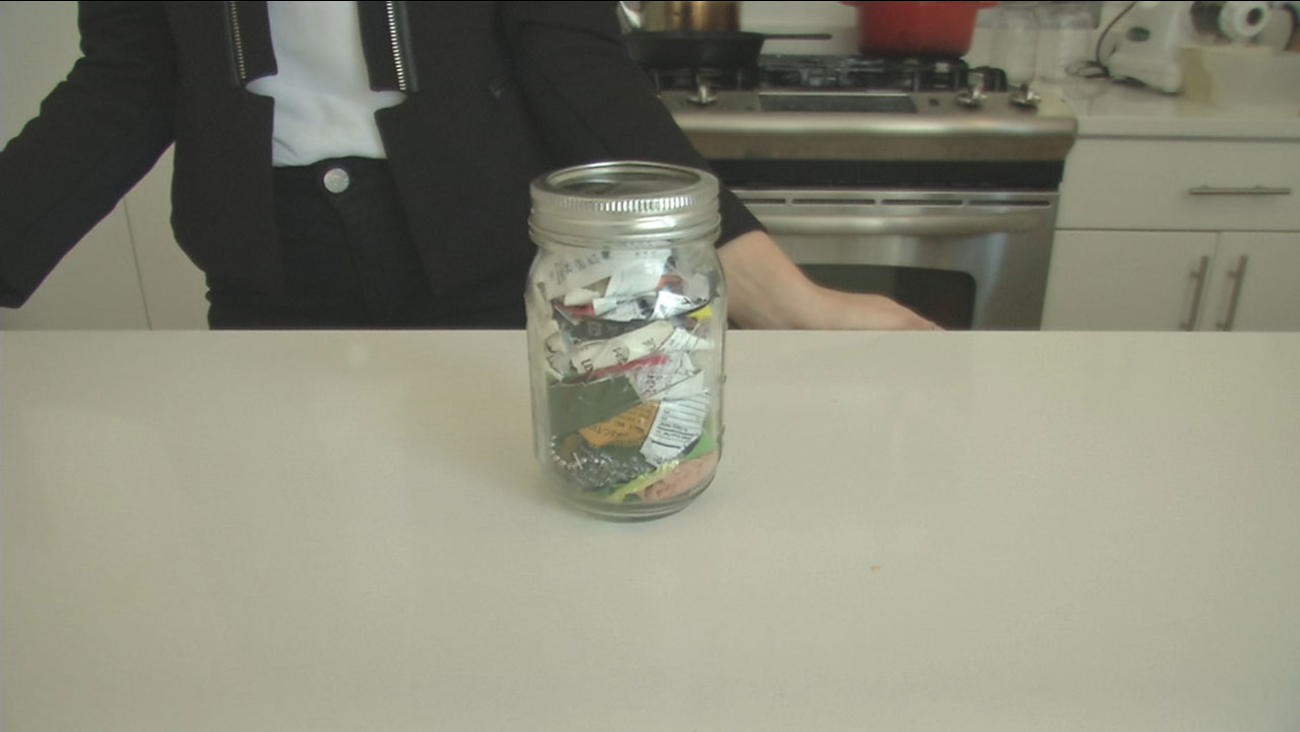 Lauren Singer shows off her trash jar where she says she keeps all of her trash from the past three years. (ABC Television Stations)

The average American produces about 4.4 pounds of trash per day. For Lauren Singer, a 24-year-old living in New York City, that number is just about zero.

Singer, who lives what's called a "zero-waste lifestyle," keeps everything she's thrown away over the past three years in a little jar.

Singer's lifestyle change was put into motion four years ago when she was an Environmental Studies major at New York University. She got frustrated with a classmate who would eat in class and then throw away a large amount of trash every day.

"And then, one day after class I went home to make dinner and I opened my refrigerator and saw that every single thing I had in there was packaged in plastic," Singer reflected. "I was getting mad at this girl for making plastic trash during dinner, but I was just as bad in my own life."

It was then that Singer decided to go plastic-free, a decision that would eventually evolve to waste-free. But this wasn't something that happened overnight, she explained, as she had a lot to learn.

"I did it little by little, not all at once, so it wasn't overwhelming," she said. "You have to learn how to do things in the places that you're living, things like composting or shopping package-free. It's not like you can just decide, cold turkey, to stop making trash."

Singer said she found this process to be fun and gratifying. She started a blog, Trash Is For Tossers, documenting her zero-waste lifestyle and providing tips for others. A year out of college, she took it a step further and started her company, The Simply Co., which sells vegan, organic cleaning products.

The biggest surprise, Singer said, has been the positive impact the change had on other areas of her life.

"I never would have imagined that the benefits would be as huge as they are," she said. "I feel so much better, and I've saved money, and my weight has stabilized because I'm eating fresh vegetables and fruit."

She said she's saved money by downsizing, buying things second-hand and making her own products. (She said it costs her about 50 cents to make toothpaste!)

Singer encourages anyone who is interested in making a change to their environmental impact to start with steps they are comfortable with so they will be more likely to follow through.

"We don't all have to go zero-waste if we don't want to," she explained, "but we should all and can all do at least one little thing to reduce our impact."