Kate Middleton opens up in new podcast interview, discusses her role as a mother

WPVI
LONDON -- In a new interview, Kate Middleton is speaking about her personal life, a rare move for the Duchess of Cambridge.

She may be a Duchess, but she's also a mother, and she takes that role very seriously. On the "Happy Mum, Happy Baby" podcast, Kate opened up to host Giovanna Fletcher about her passion project -- focusing on children's early years.

The famously private royal also openly revealed snapshots from her role as a mother and her childhood.

"Happy Mum, Happy Baby" is one of the United Kingdom's most successful, with over a million downloads.

"I think there's a few things that really stand out for me. One is quality of relationships, so those moments that you spend with people that are around you. I remember that from my own childhood," she said on the podcast.

Kate's nationwide survey focuses on childhood and early development, issues she's championed for years. Kate is touring the U.K. this week to support that initiative.

"Hopefully this is the first small step. We can start a conversation around the importance of early childhood development," she said.

William and Kate have been gradually preparing themselves for the roles they could have as king and queen but are also focusing on what they can do now to make a difference, said Victoria Murphy, an ABC News royal contributor.

This interview comes amid a major shift in the royal family, as Harry and Meghan are moving part-time to Canada and stepping away from their royal duties.

"There have been a lot of questions asked about the monarchy in the last 12 months with all the negative attention that they have had," Murphy said. "It's a good time for them for people to be hearing about their charity work."
Report a correction or typo
Related topics:
societykate middletonroyal familyu.s. & world
Copyright © 2021 WPVI-TV. All Rights Reserved.
ROYAL FAMILY

Prince Harry left royal life to save his mental health 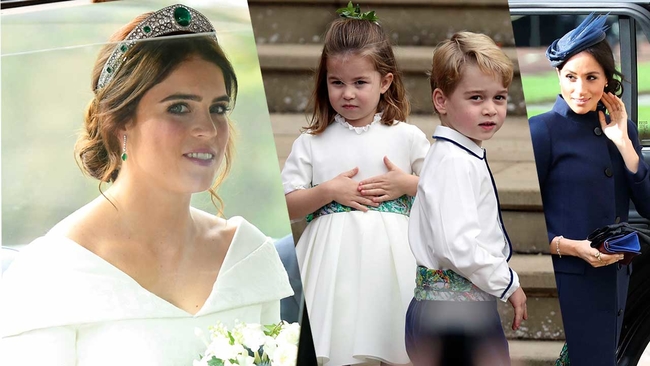