How will sugary drink tax money be spent? 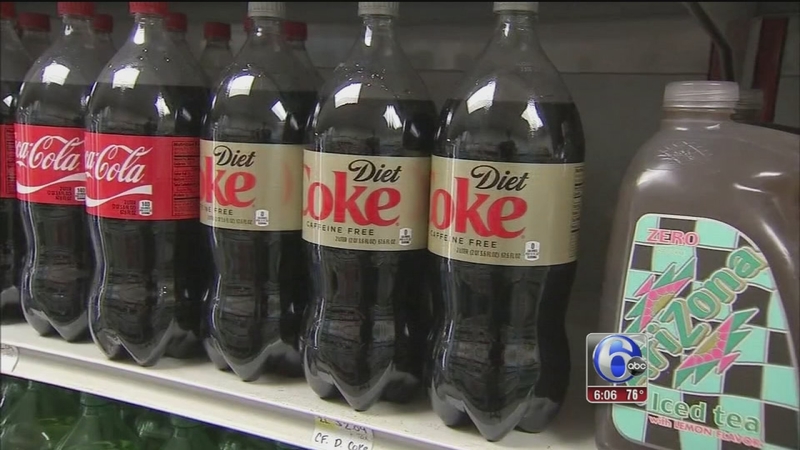 PHILADELPHIA (WPVI) -- Philadelphia could soon become the first major U.S. city with a sugary drink tax after a city council committee voted Wednesday to approve an amended version of a soda tax proposal that would set a 1.5 cent-per-ounce tax on sugary and diet drinks.

"Diet is now included in that," said Shel Klein, Klein's Supermarket. "The only thing you can get away with not paying tax on is water."

But there are some other exceptions including certain milk and juice products. But Shel Klein is right, diet soda will now be taxed an additional $2.11 per 12-pack if the soda tax becomes law.

And that, his brother says, will have negative effect on city stores like theirs.

The other surprise to many Wednesday night was millions raised by the proposed tax will go not just to kid-based programs, but to the city's general fund balance, which has been shrinking.

"I don't think any of us are against fortifying the fund balance," said Bill Greenlee (D- Philadelphia City Council). "It's just we were never told that was part of this soda package."

If passed, the controversial soda package will raise about $409 million over five years.

How will it be spent?

The Kenny Administration broke down the spending Thursday as follows:

Democratic Mayor Jim Kenney initially proposed a 3-cents-per-ounce tax on sugary beverages only, but he lacked the votes needed to secure it.