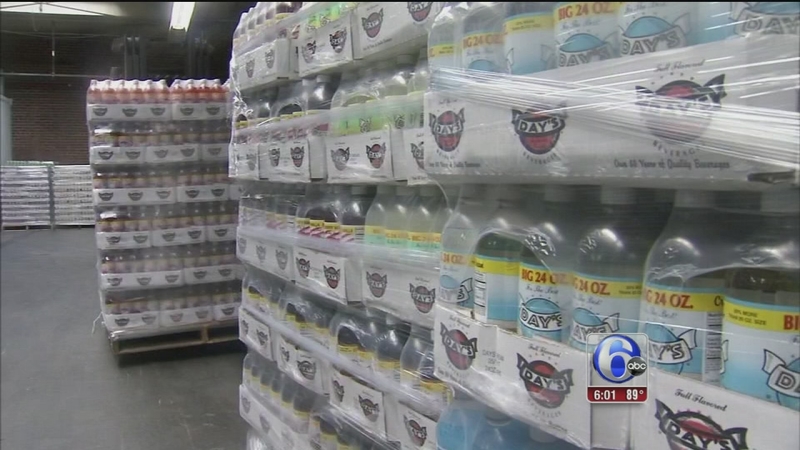 PHILADELPHIA (WPVI) -- Philadelphia Mayor Jim Kenney signed the beverage tax bill on Monday, officially making this the first major American city with a tax on soda and other sugary and diet beverages.

Kenney signed the bill at City Hall shortly before noon. Council members approved the 1.5-cent-per-ounce tax last week by a vote of 13-4.

The law will go into effect in January. The revenue is mostly intended for city programs, including pre-K and rec centers.

The city intends to hire extra tax collectors to enforce the law. In all, there will be 15 staffers at a cost of $1.8 million.

But we talked to one soda business veteran who is skeptical the new tax is going to deliver anywhere near the $91 million the city is expecting.

That's because the tax will be levied not on retailers, but the soda distributors. David Day of Day's Beverages in Yeadon, Pa. predicts distributors will use transshipping to get around the tax.

He says "There will be soda coming in from Baltimore, coming in from North Carolina, from New York, into these large cash-and-carries in Philly, and the city will never get that tax money."

Day says transshipping is already used to get around bottle bill costs in New York.

"So much soda being shipped in northern New York, right off the Hudson and it goes right over the bridge to New York and avoids the tax," Day said.

Day says his firm will pay all the taxes Philadelphia wants, but suspects there will be others who will skirt the law and the tax.

Everyone, including the mayor, is expecting a legal challenge. A coalition opposing the tax announced Monday it has retained the law firm of Kline and Specter to pursue legal action.