In the first five years, Solarize Philly invested more than $15 million in the city's solar market.
WPVI
By Katherine Scott 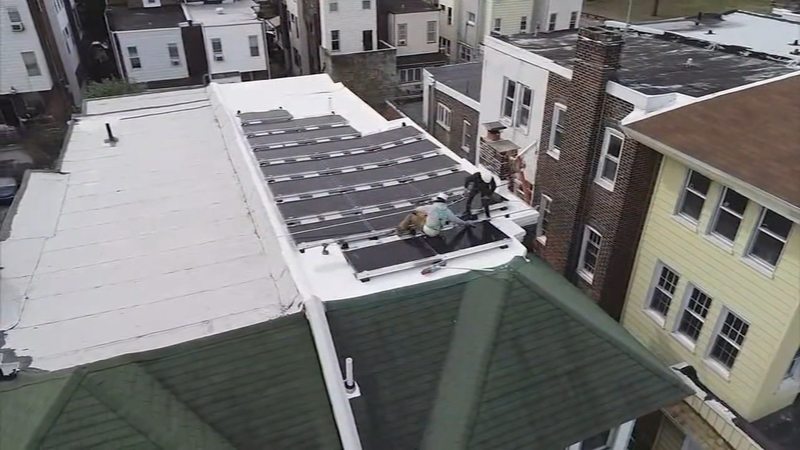 PHILADELPHIA (WPVI) -- A city program has helped more than 900 Philadelphia households go solar. The goal is to bring that number to 1,000 by the end of April.

"Like every parent, I'm very concerned about the future of our planet and climate change," Tsou said.

A month ago, he made the change through Solarize Philly.

"I love the idea that I'm doing something for the environment. I also plan some time in the future to get an electric vehicle, and I will use that to power my vehicle from my garage," Tsou shared.

The Philadelphia Energy Authority launched Solarize Philly in 2017 to make the process of installing solar as easy and affordable as possible.

"We tell people solar because one, it's good for the environment, and this is Earth Week," said Alon Abramson of Philadelphia Energy Authority. "But it's also a real benefit to you because it's an investment that pays itself off."

"It's also an investment in your community. Every investment in a solar system in the city really leads directly to the creation of good jobs."

In the first five years, Solarize Philly invested more than $15 million in the city's solar market.

If owning is not a possibility, there is also a lease option with no upfront cost.

And there's another goal.

Through the Share the Sun program, people who already have installations can donate their Solar Renewable Energy Credits to make solar accessible to an additional 100 low to moderate-income households.

"There is a huge gap in equity here. I mean, energy burdens are significantly higher for low to moderate-income families than they are for most other families around the city, and something like solar- it reduces your utility costs quite significantly," said Rishika Ghosh of Philadelphia Green Capital Corp.