Cryotherapy helps dog get his groove back 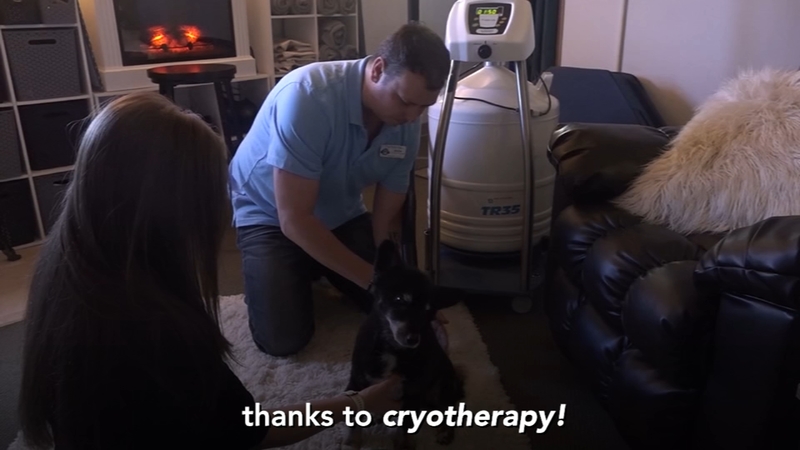 Cryotherapy helps dog get his groove back

RAPID CITY, S.D. (WPVI) -- A sixteen-year-old dog in Rapid City, South Dakota is getting his groove back, thanks to cryotherapy.

Jake, a toy shelti corgi, had been suffering from sudden onset vertigo, according to KEVN-TV.

Karisa Sieverding, who has had Jake since childhood, said it was hard to watch him just lay in bed all day.

"Anybody that's had a dog or had to go through that knows how difficult it can be to start discussing what was coming next," Sieverding said.

Sieverding called her friend Tara Mechaley, who owns The Body Spa in Rapid City, and introduced Jake to cryotherapy.

Here's how cryotherapy works: in just three minutes, a whole body machine fills with nitrogen vapor to drop the ambient temperature and create a dry chill that cues an evolutionary bio-response to extreme cold.

For a more localized treatment, which is what Jake uses, a cryo-machine reduces inflammation and speeds up healing in a specific area.

"We brought him in for his first session and he had his little strut back and when he shook out afterward, his body shake went all the way through his hips!" Sieverding said.

Mechaley said the cryotherapy even shrunk a tumor in Jake's leg.

Running about $40 per session, Sieverding said the cryotherapy and Jake's happiness is worth every penny.