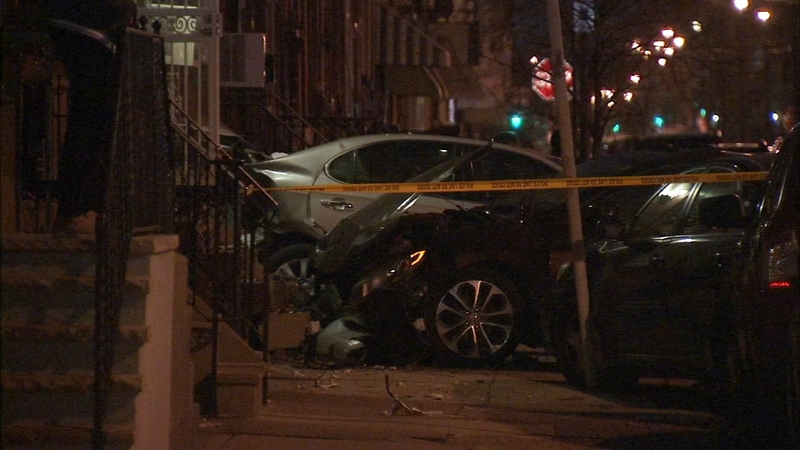 PHILADELPHIA (WPVI) -- A shooting in South Philadelphia led to a car crashing into a home, police said.

Police said a car pulled up behind another vehicle and a gunman fired 35 shots.

Two of those bullets entered a home, hitting a man while he was watching TV.

After the shooting, the targeted car crashed causing a passenger to suffer a leg injury.

The wounded bystander is currently in stable condition.