2018 upset rankings: Which top seeds might fall in Round 1? 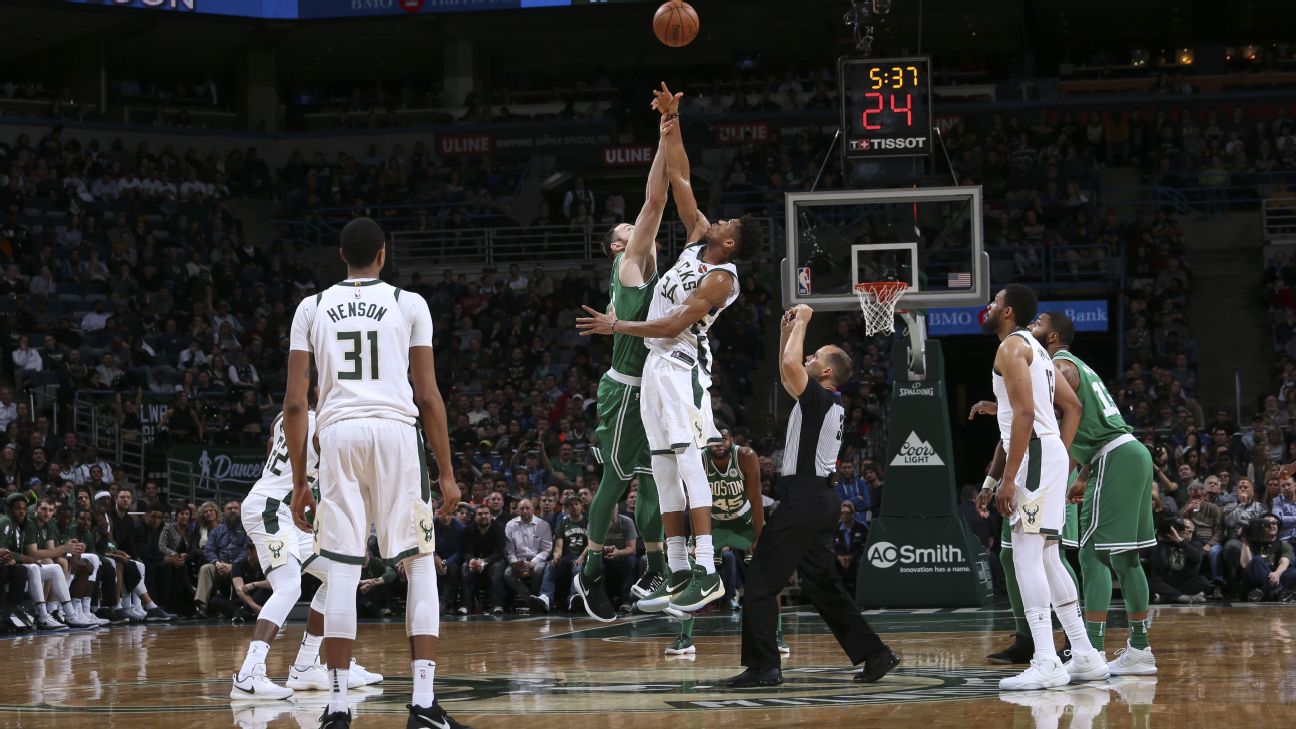 For all the factors that go into the outcome of a playoff series, from health to matchups to stars taking over to adjustments during the course of the season to favorable bounces, their outcome can typically best be predicted by considering just a few key variables.

In particular, three factors tend to have the most predictive power: the regular-season performance of the two teams as measured by point differential, their head-to-head record in the regular season and home-court advantage.

So, using the way those criteria have predicted the outcome of best-of-seven series since 2000, let's rank this year's eight first-round matchups by their chances of producing an upset. We'll also note why those regular-season stats might not always be relevant to the series ahead.

When these same teams met in the first round a year ago, my model gave the Pacers just a 16 percent chance of pulling the upset. Indeed, despite playing Cleveland tough, Indiana was swept.

Both factors have changed this time. The Pacers actually had the better point differential during the regular season and won the head-to-head series 3-1, although those four games were played before the trade deadline. Lower seeds have won 30 percent of best-of-seven first-round series when they won the season series 3-1, as compared to 22 percent for lower seeds overall.

At the same time, two of Indiana's head-to-head wins came by a combined six points (the other was a 17-point blowout), so the series was close to even. And my model can't account for playoff LeBron.

That factor is the biggest reason the Cavaliers remain the favorites to win the Eastern Conference at the Westgate Superbook Las Vegas despite their middling point differential.

The season series between the Blazers and Pelicans wasn't particularly telling because DeMarcus Cousins played in three of the four games before suffering a ruptured Achilles' heel that ended his season. The only Portland win over New Orleans with Boogie came in the Blazers' home opener, when Anthony Davis played only five minutes before bumping knees with Maurice Harkless and leaving the game.

This looks like the most competitive first-round series in terms of team ability, as the Jazz had a better point differential (plus-4.3) than the Thunder (plus-3.4). In series like this where the lower seed had an advantage in point differential between 0.5 and 1.5 points per game, they've won 41 percent of best-of-seven series since 2000.

A 3-1 win in the season series works in Oklahoma City's favor here, but all four of those games were played before Utah added Jae Crowder at the trade deadline, and Jazz center Rudy Gobert did not play in the last two matchups -- both of them easy Thunder wins. With Gobert in the middle, expect Oklahoma City to have more trouble.

The Celtics are still benefiting here from their strong start with Kyrie Irving in the lineup. If we consider only games Irving missed, their point differential drops to plus-1.3 points per game, putting the upset probability in the same territory as Blazers-Pelicans and Jazz-Thunder.

The Bucks will also have the best player in the series, forward Giannis Antetokounmpo, and I found last year that teams with this advantage do win somewhat more often than their team stats would suggest.

Still, let's not go overboard here. Milwaukee was outscored by 0.3 points per game this season, and the last team with a negative point differential to win a playoff series was the 2014 Brooklyn Nets (over Toronto). Since then, those teams are 0-7 and none have forced a Game 7.

Like most Heat games this season, all four matchups with the Sixers were close, with both teams winning a pair by nine points or fewer.

Philadelphia enters the playoffs on a 16-game winning streak, but be wary of reading too much into recent performance. My former colleague Tom Haberstroh penned the definitive piece on the meaning of games late in the regular season back in 2012. At the time, he found that six of the 10 teams seeded third or lower who went 9-1 or better in their final 10 games lost in the first round.

As in the Bucks-Celtics series, an injury to an All-Star point guard (in this case, two-time MVP Stephen Curry) might make this a more competitive series than the overall numbers would indicate. Curry left early in the first quarter of the teams' March 10 meeting in the Bay, a game the Warriors came back to win 110-107 behind 37 points from Kevin Durant.

The Raptors and Wizards split the season series 2-2, typical of a season where Washington played best against quality competition. Remarkably, John Wall did not play in any of the four matchups.

Overall team performance still heavily favors Toronto. The 7.2-point difference in their point differentials is the largest of this year's first-round matchups, and only one team since 2000 has lost a best-of-seven series with an edge of plus-7 or better over its opponent: the 2007 Dallas Mavericks, who lost to the eighth-seeded "We Believe" Golden State Warriors.

Now we move into "so you're telling me there's a chance" territory. Because the Timberwolves are atypically good for an eighth seed, there isn't quite as large a gap between the two teams' point differentials as in the East's 1-8 matchup.

But the Rockets swept the season series by nearly 16 points per game. In 16 tries since 2000, no lower seed that went 0-4 in the regular season has pulled an upset in a best-of-seven playoff series, going a combined 0-16 with six sweeps. 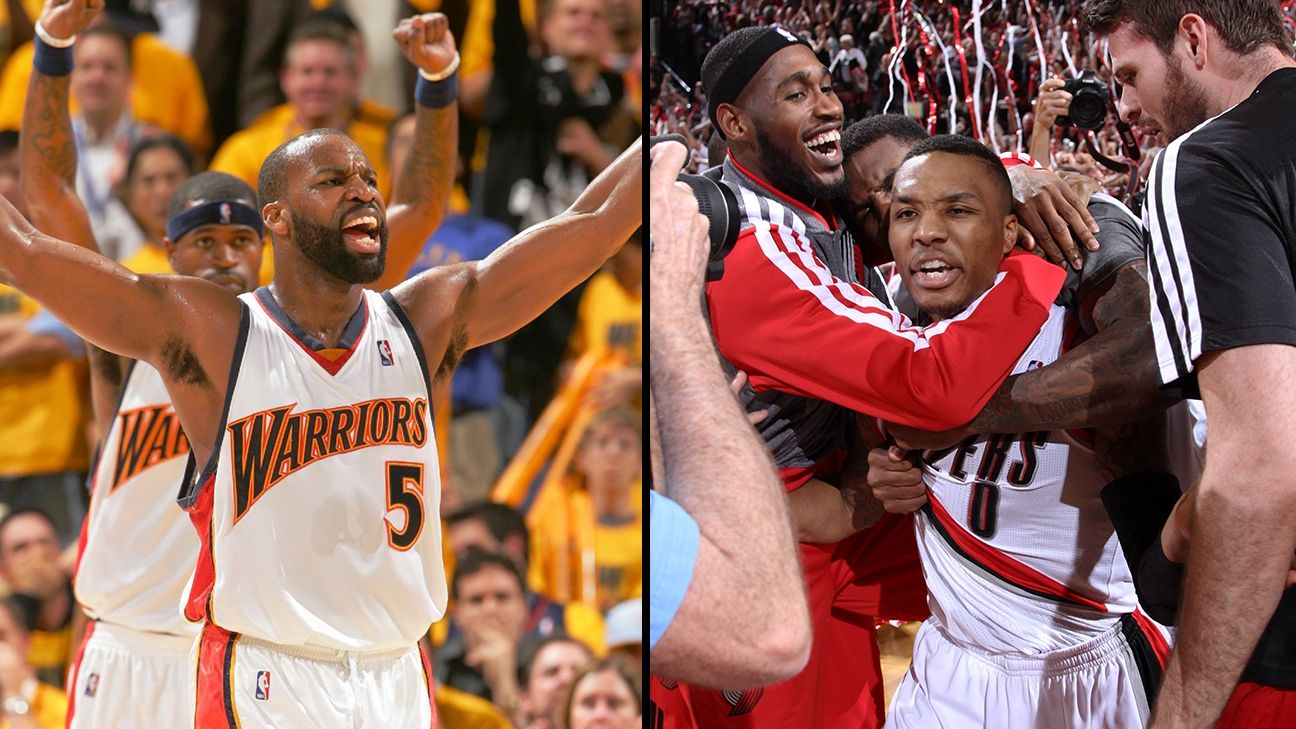