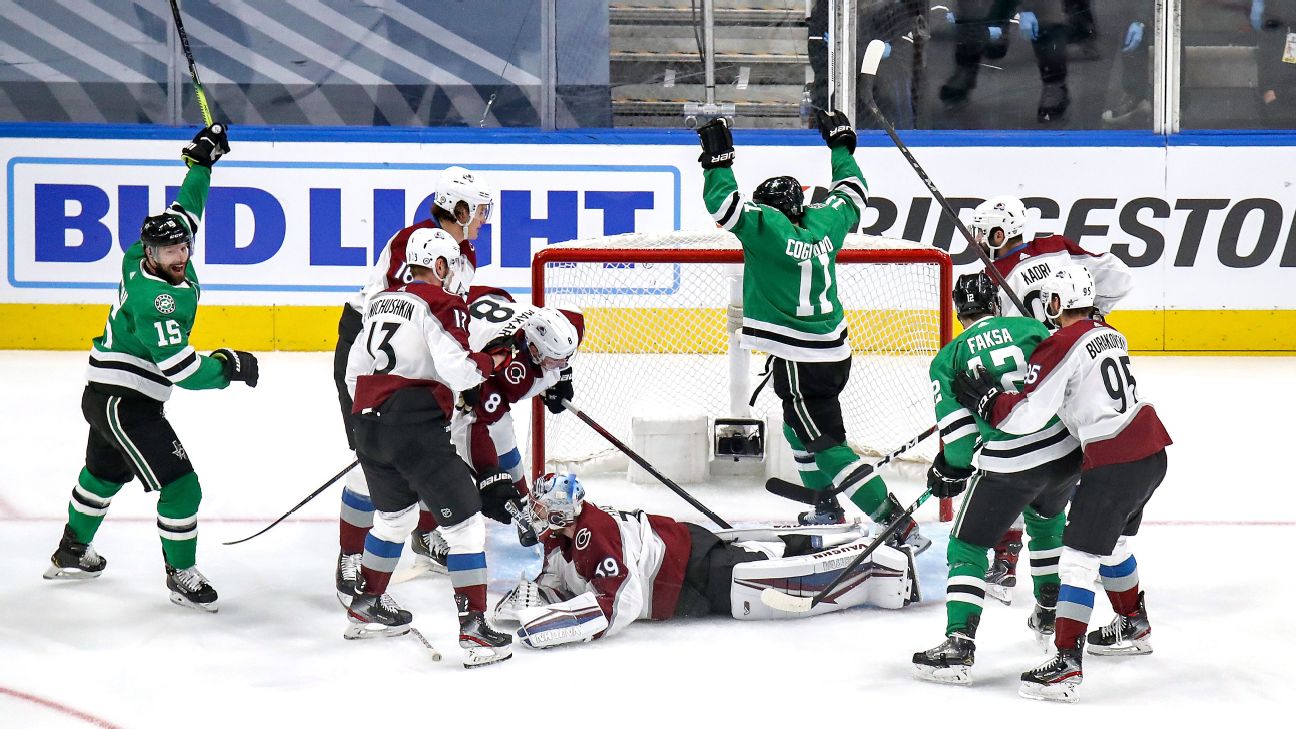 Once again, it's elimination Monday. The Colorado Avalanche and Boston Bruins -- two popular Stanley Cup picks -- both need to win out in their series, or they'll leave the bubble. That also means the Dallas Stars and Tampa Bay Lightning are a win away from making it to the conference finals.

Meanwhile let's give it up for the New York Islanders, on the cusp of their first conference final in 27 years, thanks to a big Sunday win that flexed two underrated strengths: third period prowess and goaltending depth. Strangely, all four of these series are 3-1. Might we see any comebacks?

With due respect to the now-infamous NHL commercial, this summer has been a soap opera for the Bruins. Boston won the Presidents' Trophy for the league's best record, then went winless in round-robin to lose the No. 1 seed. The B's were without their leading scorer, David Pastrnak, for most of training camp and some of this postseason. Starting goalie Tuukka Rask left the bubble to attend to a family emergency, and now they are on the brink of elimination. With a win Monday, Boston gets renewed for at least another episode. Lose, and the Lightning will advance to the conference finals for the second time in three years.

It's hard to understate how surprising the Stars' offensive outburst has been, but what a welcome sight it is for this Dallas team, which looks as dangerous as anyone these days. Dallas scored five or more goals just five times in the regular season. They've now done it five times in their past seven games. The Avs -- a co-favorite to win the Cup after the qualification round -- are frustrated, but know they need to defend better. "In terms of belief, we have no choice," Nathan MacKinnon said Sunday. "We're just trying to get Game 5 and make it 3-2. We can't win three games in one game or one day. It's step by step."

Question of the day: Just how early will this tournament wrap up?

The NHL had originally penciled in early October to award the Stanley Cup, but it's seeming more and more likely this tournament will end in September. The league has been breezing through the schedule, even after taking a two-day pause last week to join protests against racial injustice. All four series are now 3-1, and we are in danger of not having a single Game 7 through two rounds.

While the league will have to bake in at least one travel day for the Eastern Conference teams to make it to Edmonton (where the duration of the tournament will be played), we could see the conference finals begin as soon as later this week. With each series likely getting one back-to-back in the conference finals, the Stanley Cup finals could be here before we know it.

This feels like the game where we start taking Dallas seriously as a Stanley Cup contender; this game was not nearly as close as the score suggests. The Stars scored three goals in the first 10 minutes. The Avs didn't get a shot until the final two minutes of the first period. Colorado has been without its No. 1 goalie, Philipp Grubauer, and one of its top defensemen, Erik Johnson, since Game 1. Since then, the defense has let up big time. Pavel Francouz got pulled after allowing five goals on 26 shots, but the defense did him no favors. It would be surprising if Francouz doesn't get the start in a pivotal Game 5, despite it being about 24 hours since Game 4 ended. Full recap.

New York came out a tad sloppy, but Thomas Greiss (making the start in the second part of a back-to-back set) was exceptional, making 36 saves. Then came the third period, where the Islanders have outscored the Flyers 8-1 in this series, including 2-1 on Sunday. "They stayed patient," Philly's Ivan Provorov said. "They wait for opportunities. I think today they just got lucky." Brock Nelson scored two but Jean-Gabriel Pageau (who put the Isles up 2-1 in the third) has been one of the NHL's best trade deadline pickups; after scoring his seventh goal of this postseason, the center now has 19 goals in 48 career playoff games, nearly double his regular-season rate. Full recap.

Marc-Andre Fleury got his first start since August 15 -- with a wee bit of off-ice drama since then -- but earned a big win with 30 saves. Max Pacioretty opened the scoring for Vegas, and the Golden Knights are now 8-0 this postseason when scoring first. Perhaps more impressive is their third period track record; Vegas has outscored teams 17-5 in the final frame this postseason, including 3-0 against Vancouver on Sunday night. Vegas has lost just two of 12 games in the bubble and is on the verge of its second trip to the conference finals in the franchise's first three seasons. While the Canucks connected on a pair of power-play goals, they looked gassed as this game went on. Full recap.

Semyon Varlamov has manned the net since last round, but the Isles tandem is one of its biggest strengths. Greiss turned away 36 of 38 shots (good for a .947 save percentage) and was especially impressive in the second, when the Flyers outshot the Isles 17-3.

The veteran scored a pair of goals to pace the Isles on Sunday, including this beauty:

Inspiration of the day

For the first time since he was diagnosed with Ewing's sarcoma in December, Flyers forward Oskar Lindblom joined his teammates for pregame warm-ups. Lindblom finished his final treatments in early July, and has been around the team since the restart.

Just look at Joel Farabee's reaction when he sees Lindblom come out of the locker room.

"It's amazing how well you can play when you don't have a sword in your back." -- Sportsnet's Kevin Bieksa on Marc-Andre Fleury and the now-deleted meme tweet from his agent Allan Walsh. 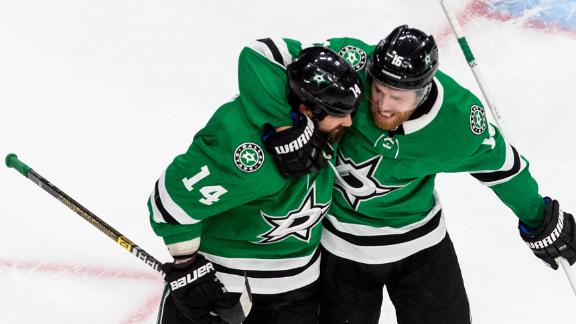 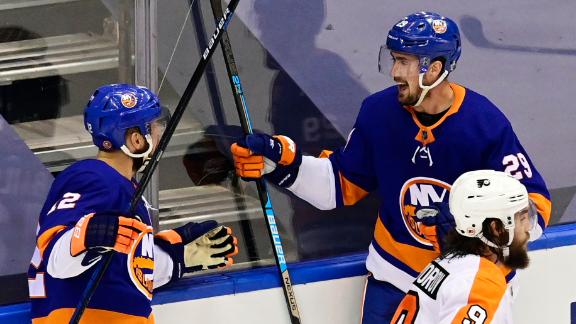 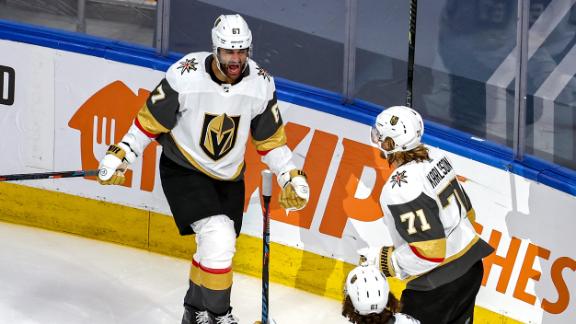