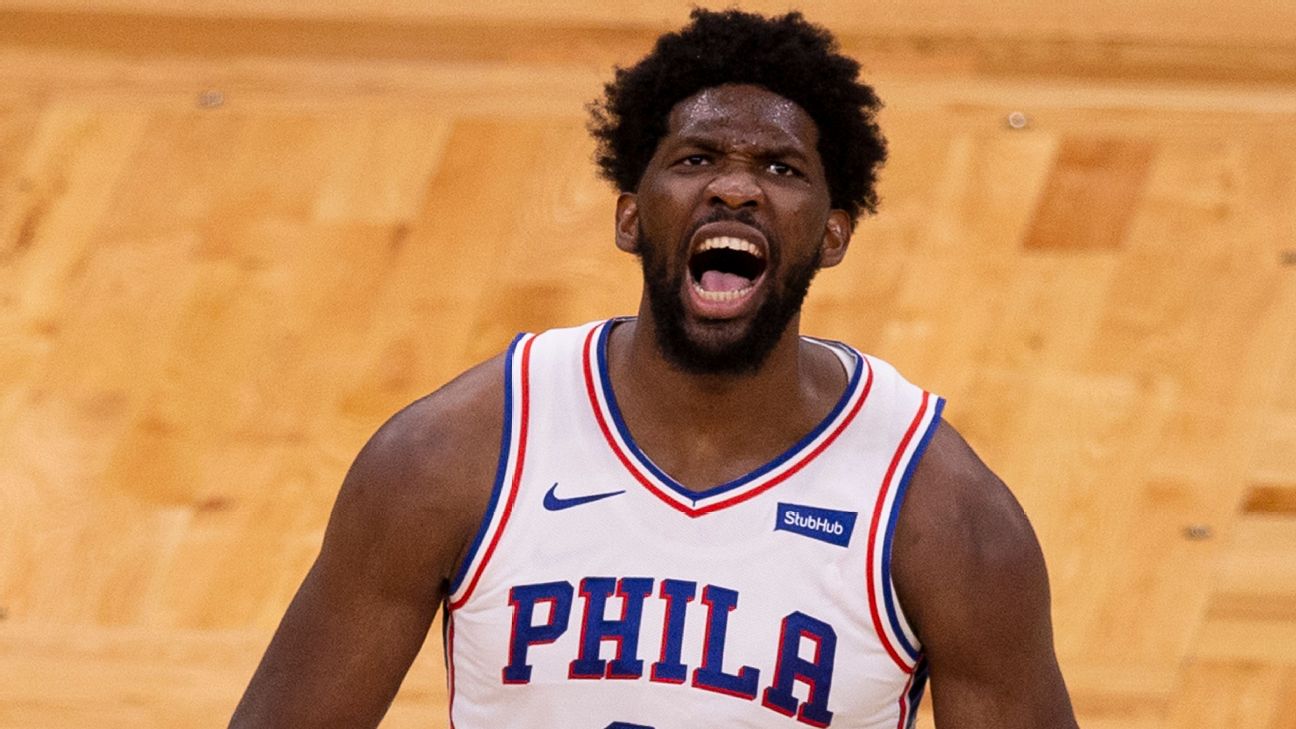 He didn't waste time taking their advice to heart.

In a spectacular performance at TD Garden on Thursday night, Embiid had 38 points, 13 rebounds, 6 assists and a monstrous block of Daniel Theis in the final seconds, propelling his Philadelphia 76ers to a 115-109 victory over the Boston Celtics.

Afterward, Sixers coach Brett Brown wanted to let the Hall of Famers know that, if they get tired of their TV careers, he has a job waiting for them.

"I'd like to hire them as motivational coaches," Brown told ESPN with a huge grin.

Brown had plenty of reasons to be smiling after this one, with the biggest being the play of his superstar center. At the team's morning shootaround, Embiid addressed the criticism Barkley and O'Neal leveled at him after he finished with 22 points, 10 rebounds and 6 assists in a win over the Denver Nuggets on Tuesday.

He responded by putting on a clinic against the Celtics.

"For them to say that I have the potential to be the best player in the world, and I haven't shown that, and I should let it be shown, that says a lot," Embiid said afterward. "They've been there, they've done it, they're Hall of Famers, so it just shows me I have to play harder and like I can."

From the opening tip, it was clear the Sixers were going to feature Embiid, and that he was going to do the most to maximize those opportunities. With former Celtic Al Horford missing the game because of left knee soreness and left hamstring tightness, Embiid said he knew he'd have more space to operate on the court, something that has been in short supply for the Sixers this season.

With Mike Scott, Horford's replacement in the starting five, going 5-for-7 from 3-point range, and the much smaller Celtics having to scramble double-teams Embiid's way to try to deter him, Embiid picked Boston apart all night long, committing just two turnovers and helping Philadelphia go 14-for-28 from 3-point range.

Turnovers have been a recurring issue this season for Embiid, so it was a notable change that he had only two while seeing so much of the ball and so much defensive pressure Thursday night.

"I haven't been the closer that these guys needed me to be the whole season, and I just had that opportunity and they kept feeding me," Embiid said. "I put that a lot on my teammates, because the whole game, they made a lot of shots, so it kind of put Boston where they had to choose between quickly double-teaming me, because I was going to kick it out and they all know I'm a willing passer, and we made them make shots, so that made it easier for me."

When the game ended, Embiid walked over to TNT's courtside broadcast table, put on a headset and spoke to O'Neal and Barkley, who were in the network's Atlanta studio.

But Embiid, 25, admitted to reporters later that he'd actually already talked to O'Neal on Wednesday. He said he made sure to tell the Hall of Fame center that he wasn't, in fact, upset with what he'd said.

"I actually called Shaq yesterday," Embiid said. "He thought I was mad at him. I was like, 'No, I understand what he was saying.'

"I've had a bad year so far. I've been kinda frustrated, just because you're not seeing the teamwork and you try to fit in with your new teammates. Just be aggressive ... just go out there and just dominate.

"Whatever they said, I think it was good for me."

It certainly was good for him Thursday night, and the Sixers needed every bit of Embiid's dominance to beat the Celtics in this one. Although Boston was playing on the second night of a back-to-back set and was without Marcus Smart (eye infection) and Robert Williams (hip), the teams went back and forth all night in a game that featured 11 lead changes and 10 ties and saw neither team take a double-digit lead.

Ultimately, though, the Celtics, who were led by 29 points from Kemba Walker, didn't have quite enough. After Jayson Tatum buried a 3-pointer over Embiid with 26.5 seconds remaining to cut Philadelphia's lead to one, Embiid was fouled and made a pair of free throws. Then Tatum threw away the ensuing inbounds pass as Jaylen Brown slipped trying to cut to the basket, Embiid was fouled again and, after making one of two free throws, he rotated over and made an unbelievable play to block Theis at the rim before getting fouled one more time, and made two more free throws to put the game away for good.

"I think all the stuff that he has been through recently. ... To me, the way he handled it personally, I'm proud of him," Brett Brown said. "He handled it like an adult.

"He handled it with a humility and owned some of it. And then came out and responded in a very dramatic way. The numbers speak, pretty much, for themselves. But there was other stuff internally going on with leadership and instruction to his teammates and stuff being said at halftime that flipped him over the top to, for me, one of his better games since he's been a Philadelphia 76er.

"He was dominant, and he was a leader."

And, as a result, the Sixers came away with a second win in two meetings against their forever rivals this season -- and Embiid started to play the way he wants to again. Still, even after this performance, he said there's still work to be done.

"I think I could be more aggressive," he said. "There are times where I was still floating on the perimeter. Coach, he always talks about the amount of post-ups that I get, and they're expecting more from me, still not enough. I always talk about our offense is actually the best in the league when we play that way.

"I just gotta be aggressive." 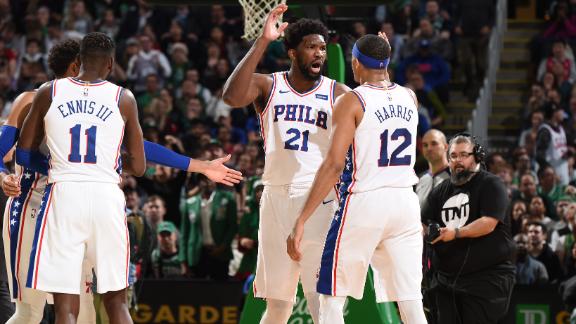 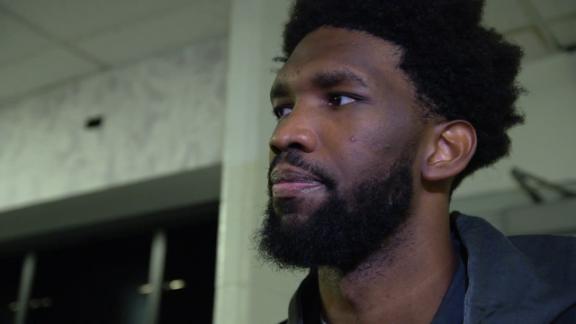