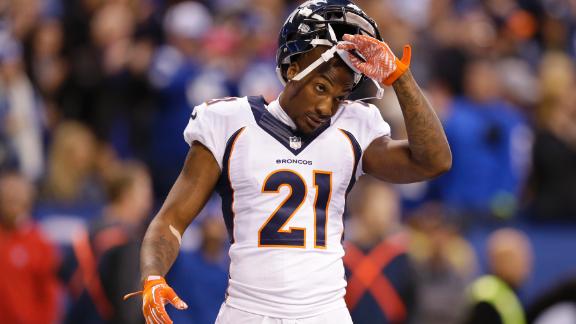 ENGLEWOOD, Colo. -- Denver Broncos cornerback Aqib Talib has been suspended by the NFL for one game for poking Indianapolis Colts tight end Dwayne Allen in the right eye in the closing minutes of Denver's27-24 losson Sunday.

"Talib was penalized for unnecessary roughness late in the fourth quarter of Sunday's game in Indianapolis for forcefully poking an opponent in the eye after the conclusion of a play," the league said in a statement explaining the punishment.

NFL Vice President of Football Operations Merton Hanks "ruled that Talib's action placed his opponent at unnecessary risk of injury and should have been avoided," according to the statement.

Talib is appealing the suspension in hopes of playing Sunday against the Kansas City Chiefs. He said his appeal will be heard Tuesday, with a decision expected Wednesday.

"They're entitled to discipline me. I think I deserve discipline,'' Talib said Monday in the Broncos' locker room. "I didn't initially poke him in his eye, but as you could see, I did get his eye. It was unintentional. They've got the right to discipline me as they did.''

"Of course, I'm going to try to get it to something more reasonable, just for the simple fact that it was not intentional,'' Talib said. "I didn't walk over there like, 'I'm going to poke this guy in his eye.'

"I know I shouldn't have went over in the first place. I should have never went over there and got involved in the situation. But I did expect discipline.''

Hall of Fame linebacker Derrick Brooks has been assigned as the hearing officer for Talib's appeal, sources confirmed to ESPN senior NFL analyst Chris Mortensen. Although Brooks was a teammate of Talib's in 2008, both the league and the players union believe Brooks will remain impartial in his ruling, the sources said.

Broncos coach Gary Kubiak said he spoke with Talib on the flight home from Indianapolis on Sunday night.

"I had a long talk with him. He's wrong. He needs to stay out of the situation," Kubiak said Monday. "It hurt the team. He knows that. But by no means did he -- I'm convinced -- have intentions of poking anybody in the eye. That's where we're at.''

"My understanding is that they were jawing at each other," Kubiak said Monday. "And he went to push him, which he shouldn't do anyway -- it doesn't matter -- and obviously, his hands are inside his facemask. But I'm convinced, and after talking to Aqib, that he had no intention of poking anybody in the eye."

Talib was assessed two penalties that came four plays apart in the final 2 minutes, 35 seconds of Sunday's game. The first was when Talib was flagged for poking Allen in the eye following some pushing and shoving after a 2-yard run by Frank Gore.

Broncos linebacker Von Miller and Allen were facemask-to-facemask after some post-play shoving, and Talib joined the fray and jabbed two fingers inside Allen's helmet.

"From my angle, I see [Allen] headbutt Von a little bit. I went over to poke his head, and I think my hand slipped and hit his face,'' Talib told reporters after the game. "He acted like he got in an 18-passenger car wreck. I guess that's what type of guy he is."

On Monday, Talib added that it was a heat-of-the-moment decision that led him to get involved in the situation.

"My emotions just got the best of me. I was a little heated in the situation, and I got involved in that little altercation, and that's what I regret,'' Talib said. "I just regret even going over there.''

Allen thought it was an intentional act by Talib.

"You're taught since little league football to play to the whistle within the boundaries of the game," Allen said. "I just felt like Aqib, who is a heckuva player, Pro Bowl player, a guy of his caliber I look up to, went outside the boundary of the game and decided to take a cheap shot. Out of nowhere, I saw something, and it went into my eye. First time I've ever been poked in the eye intentionally when I'm not on the bottom of the pile. Very blurry. My eye is still really sore."

Talib responded with, "You think I play football to poke people in the eye? It was an honest mistake."

Kubiak said following the game that Talib must stay composed as games get "chippy.''

"Both sides are talking, and you have to handle your business," Kubiak said Sunday. "So that's on me, and I've got to make sure if he's out there, he's got to handle his business."

Kubiak said after the game that he didn't see what caused the second penalty on Talib, but he would take a look at the game video to see what transpired.

"I thought we did a great job of keeping our composure in the second half, thought we got ourselves in a position to win," Kubiak said. "Did we do some not-very-smart things at the end of the game to not get the ball back? I agree with that."

"[Talib] knows we can't do those things," cornerback Chris Harris Jr. said following the game. "We know we have to keep our composure, and we usually do. Emotions run high. We were going to lose, and people were frustrated all around." 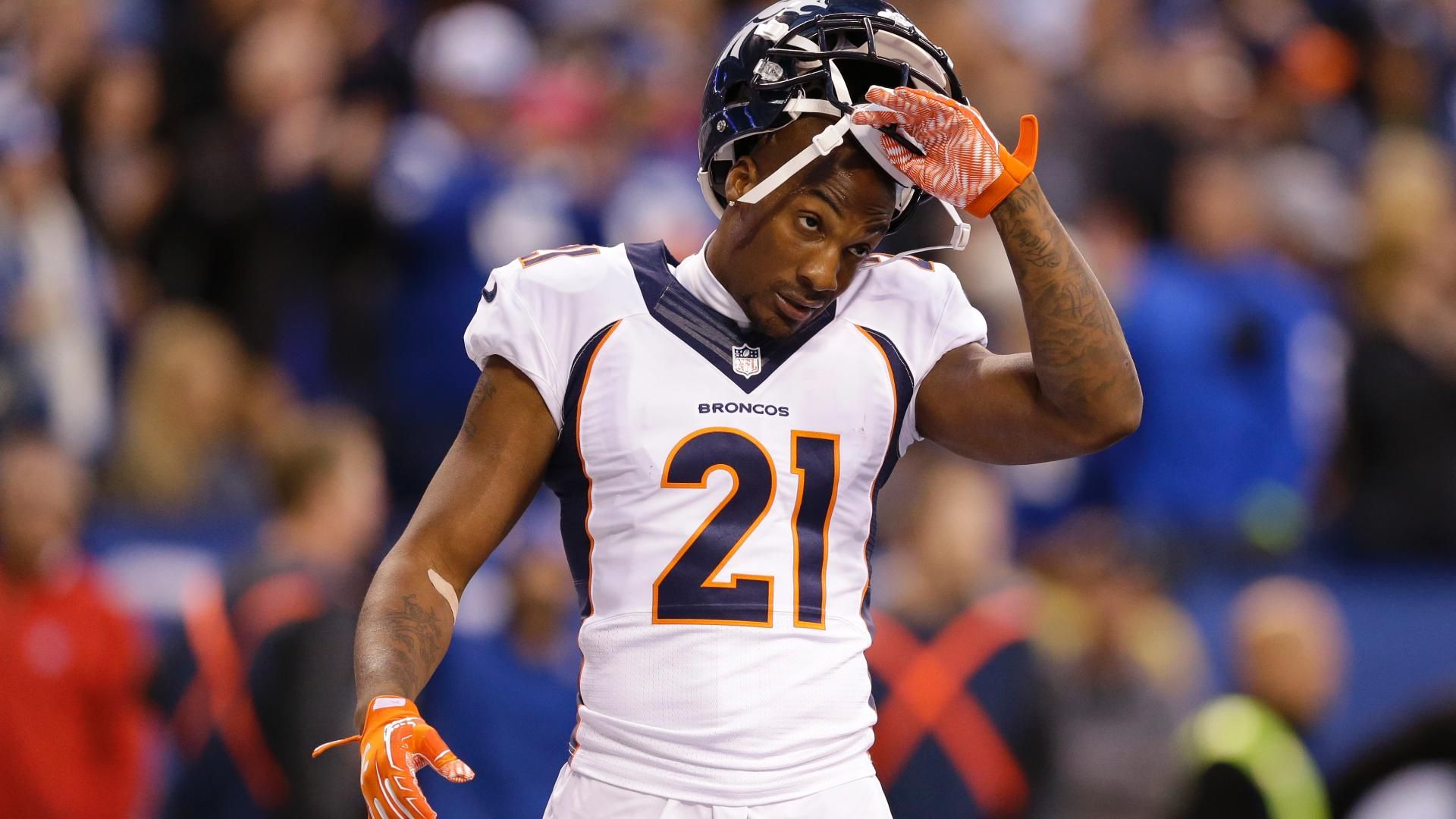