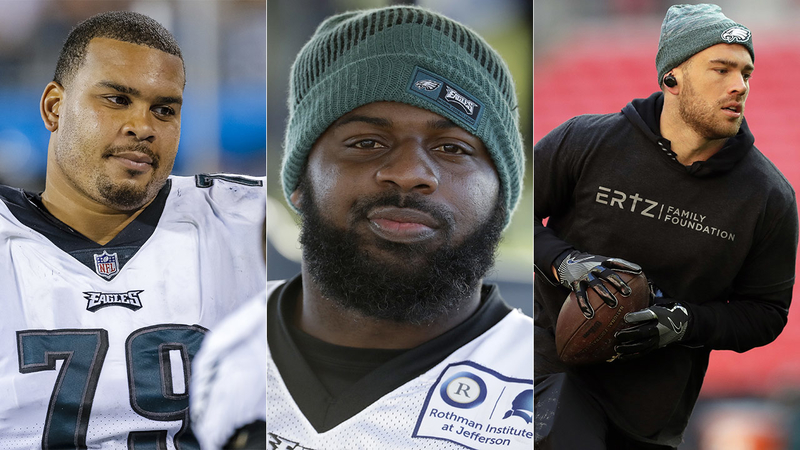 Three Philadelphia Eagles player have been named to the 2019 Pro Bowl.

Guard Brandon Brooks, defense tackle Fletcher Cox and tight end Zach Ertz would travel to Camping World Stadium on Sunday, January 27, 2019 in Orlando, Florida if the Eagles do not make it back to the Super Bowl.

Brooks originally signed with the Eagles as a free agent in 2016 and has gone on to start 44 games at right guard for Philadelphia. He is now tied with Evan Mathis and Shawn Andrews for the most Pro Bowl selections by an offensive guard in Eagles history.

Cox's four Pro Bowl nominations mark the most by a defensive tackle in Eagles history and the second-most among all Eagles defensive linemen, trailing only DE Reggie White (7).

Ertz has set the single-season team record for receptions (101), surpassing the previous mark of 90 set by Brian Westbrook in 2007.