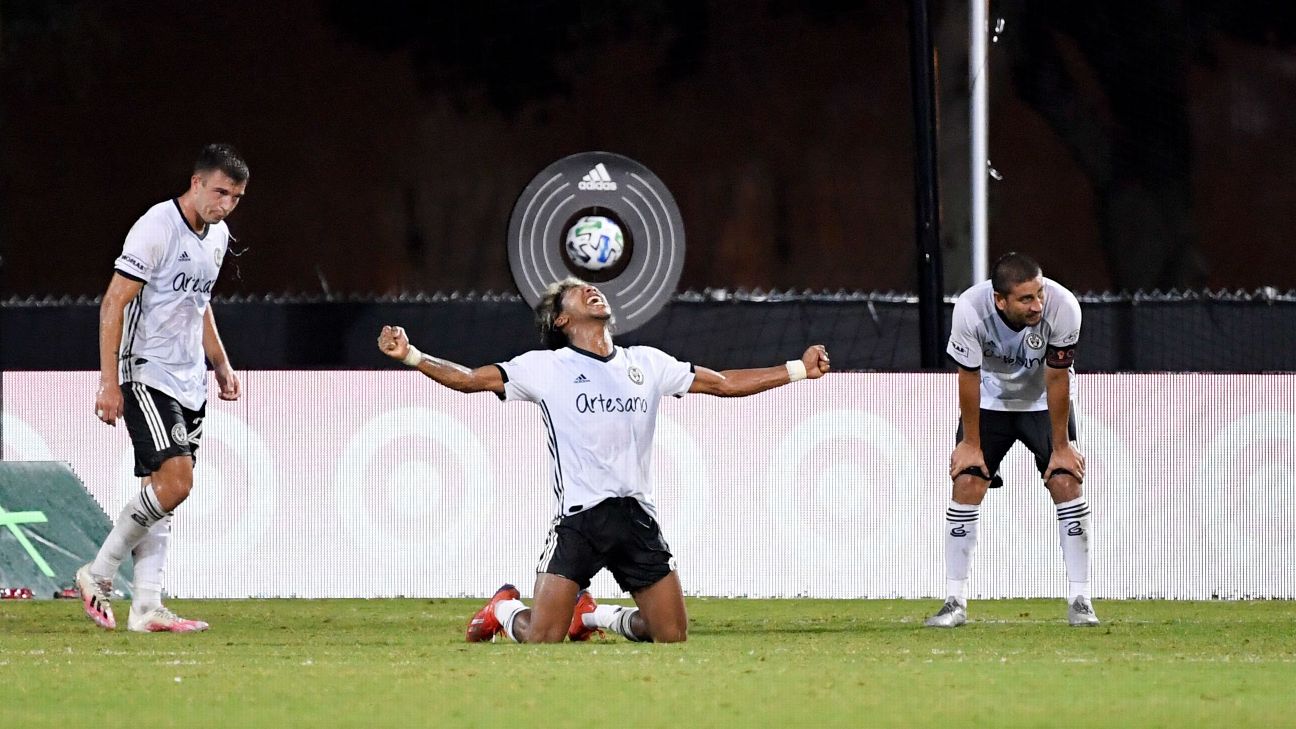 Sergio Santos scored with his final touch of the game, and the Philadelphia Union continued their unbeaten run at the MLS is Back Tournament with a 1-0 victory over the New England Revolution in the Round of 16 on Saturday night near Orlando, Fla.


His 65th-minute exit, coming immediately following the celebration of his 63rd-minute goal, completed his longest appearance of the tournament after beginning it on the Union's injury report.

- MLS is Back Tournament group standings

Andre Blake made five saves for a second shutout of the tournament to seal a spot in the quarterfinals, where the Union will play the winners of Sunday's match between Sporting Kansas City and the Vancouver Whitecaps.

New England was shut out for a second consecutive match, going scoreless for the last 219 minutes of the tournament in total. With playmaker Carles Gil sidelined for four out of six matches in all competitions this year, the Revolution have scored only four goals.


New England were pressuring for much of the second half before Philadelphia went ahead. Tajon Buchanan nearly picked out the top corner at the near post from a tight angle in the 52nd minute, and Blake did well to push away Gustavo Bou's knuckling free kick four minutes later.

Philadelphia went ahead seven minutes after that on a sequence that began when New England's attack fizzled at the other end.

Eventually Jamiro Monteiro got the ball about 35 yards from goal and looped a ball over the backline into the run of Santos, who controlled the ball on his thigh with his first touch and with his second hammered a vicious half-volley past Matt Turner into the net.

New England pressed forward for an equalizer. Blake reacted quickly enough to push Adam Buksa's header over the bar in the 66th minute, then comfortably controlled Bou's free kick from distance in the first minute of second-half stoppage time. 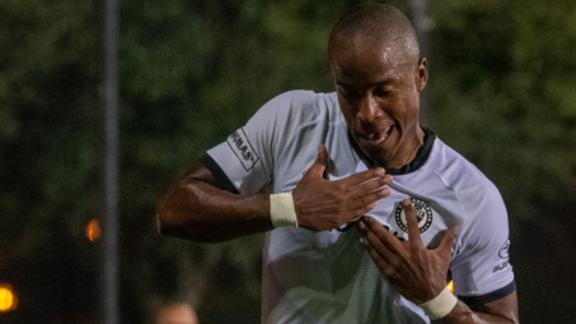 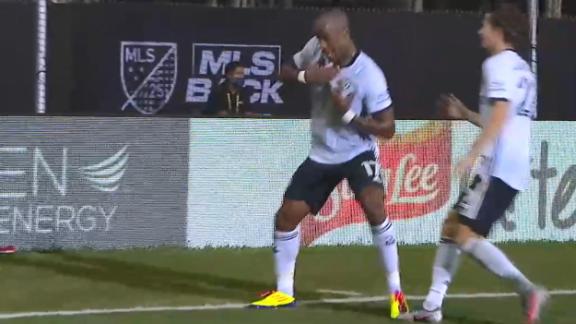