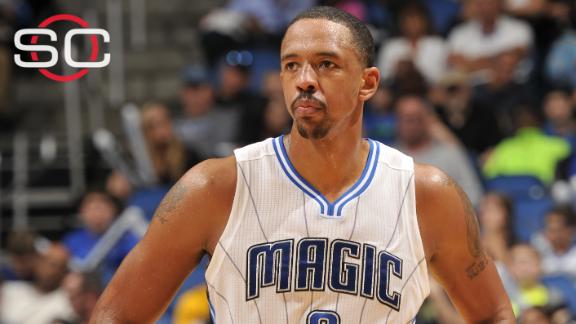 The Cleveland Cavaliers, among many trade discussions they're having this week, have offered veteran forward Anderson Varejao to the Orlando Magic in exchange for fellow veteran Channing Frye, according to league sources.

Sources told ESPN.com that the Cavaliers are trying to trump the Los Angeles Clippers'pursuit of Frye in hopes of adding extra perimeter shooting to their bench for the stretch run.

Sources say Cleveland, in hopes of beating the Clippers to Frye, also are searching for a potential third-team facilitator armed with significant cap space, such as Portland or Philadelphia, to take on Varejao's contract so the Magic don't have to.

Before Cleveland's push, Orlando was already deep in discussions with the Clippers and potentially other teams about Frye, who has been made available in the wake of the Magic's acquisition Tuesday of another stretch power forward in Ersan Ilyasova.

Sources say the Cavs are hopeful they can ultimately construct a multi-team deal that wins out over the Clippers' offer for Frye, which is believed to feature mercurial swingman Lance Stephenson, young shooting guard C.J. Wilcox and a future draft compensation.

The Magic are widely expected to waive or buy out Stephenson if they go ahead with the Clippers' pitch for Frye.

The Cavaliers also could absorb Frye's $8.2 million salary directly in a $10.5 million trade exception Cleveland possesses, which would naturally be preferable to Orlando, since the Magic would not be required to take back any salary. But such a move would cost the Cavs millions in addition luxury-tax payments on top of what already ranks as the league's most expensive payroll unless it can find a third team willing to take Varejao.

Long known as one of LeBron James' favorite teammates, Varejao has two full seasons left on his contract; Stephenson has a solitary team option of $9.5 million in 2016-17.

The second of those two remaining years on Varejao's contract, however, is only partially guaranteed in 2017-18 for $4.5 million of the full $10 million he is scheduled to earn.