Cole Hamels traded, not to Phillies but Cubs 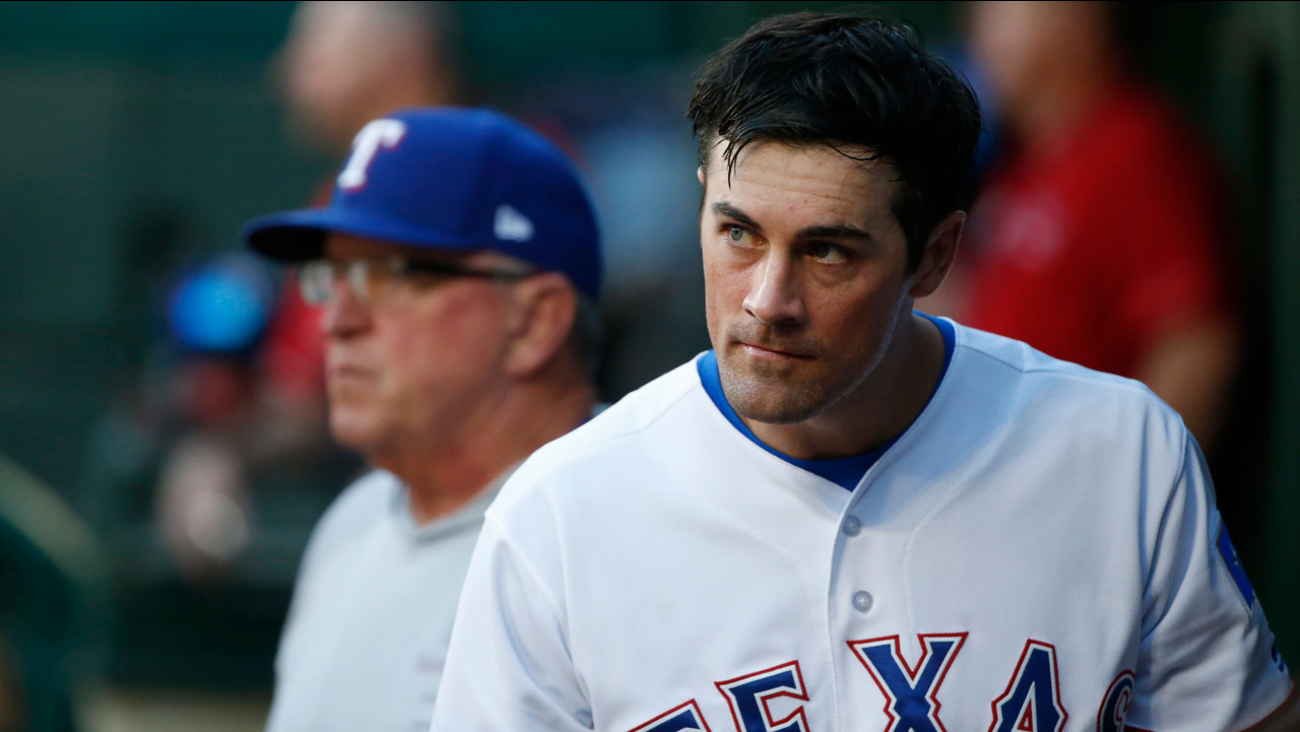 The dreams of nostalgic Phillies fans have been dashed.

Pitcher and 2008 World Series MVP Cole Hamels is being traded again, but he will not make a triumphant return to Philadelphia.

The Texas Ranger is headed to the Chicago Cubs for pitcher Eddie Butler, minor league RHP Rollie Lacy and a player to be named.

The #Cubs today acquired LHP Cole Hamels and a cash consideration from the Rangers for RHP Eddie Butler, minor league RHP Rollie Lacy and a player to be named. pic.twitter.com/uDJaFBAT3c

Breaking: The @Cubs have acquired Cole Hamels from the Rangers for several low minor-league prospects. (via multiple reports, first reported by the Dallas Morning News) pic.twitter.com/9YuLxLhxfw

The Phillies traded the lefty to the Rangers three years ago just days after he pitched a no-hitter against the Cubs.

Cole Hamels pitched a no-hitter in the Phillies' 5-0 win against the Chicago Cubs on Saturday.

In fact, the Cubs remembered that game in one of their tweets announcing his arrival. "No hard feelings," the Cubs tweeted.

"I can't thank you enough for all the support. Being able to play was anything and everything that anyone could ever ask for," Hamels said at a press conference back then.


Another member of the 2008 World Series Championship team made a return to Philadelphia this week as Los Angeles Dodgers' Chase Utley was cheered during his final regular season appearances at Citizens Bank Park. Utley announced he will retire at the end of the season.

Phillies fans give Chase Utley standing ovation
When Chase Utley announced his pending retirement July 13 in Los Angeles, he had July 23 in Philadelphia in mind.