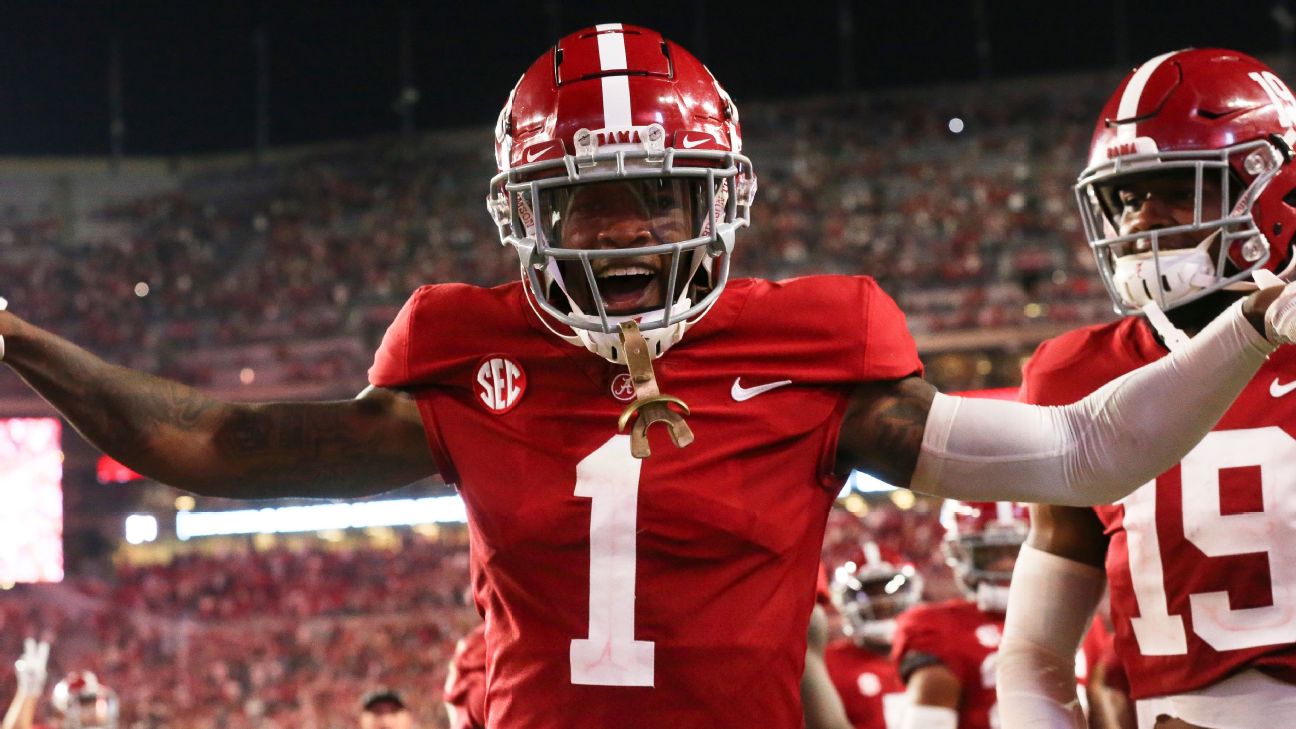 It turns out Alabama doesn't like close calls. Unfortunately for the Southern Miss Golden Eagles, it meant they were in for a long Saturday.

The Crimson Tide bounced back from a tight 31-29 win over Florida last week with a 63-14 win over Southern Miss. Bryce Youngmissed on only two passes and finished 20-of-22 for 313 yards and five touchdowns in the win. The blowout lands Alabama in the No. 1 spot in 10 of our writers' rankings before a big game against Ole Missnext Saturday.


The other team to claim No. 1 in a few of the rankings is the Georgia Bulldogs, who have steamrollered opponents since an opening-week 10-3 victory against Clemson. On Saturday it was Vanderbilt's chance to slow down the Bulldogs, and the Commodores did not succeed. Georgia raced out to a 35-0 lead in the first quarter and rolled to a comfortable 62-0 win, which lands the Bulldogs in each of our writers' rankings. Much like Alabama, Georgia will have its hands full next week when a 4-0 Arkansas team comes to Athens.

Speaking of the Razorbacks, following a 20-10 upset of Texas A&M, they crack the playoff picks for the first time this season. And while it might be just one No. 4 spot in one writer's top four, Arkansas has been impressive and will have several chances to climb the ranks with one of the most difficult schedules in the country.

Penn State and Iowa represent the Big Ten in the rankings again this week. The Nittany Lions got 10 votes while the Hawkeyes finished with three following expected wins. The two teams will meet in Iowa City on Oct. 9.

Rounding out the week, Cincinnati got one vote ahead of a crucial game at Notre Dame next week while Oregon was a near unanimous choice following a win against Arizona in the late window. 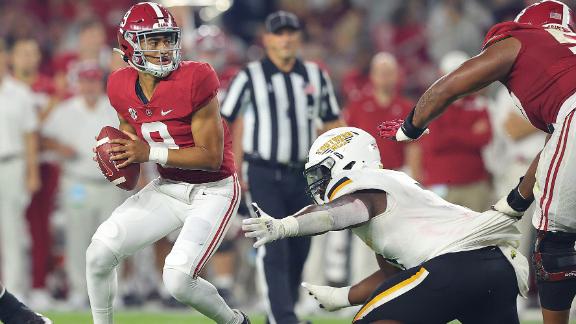