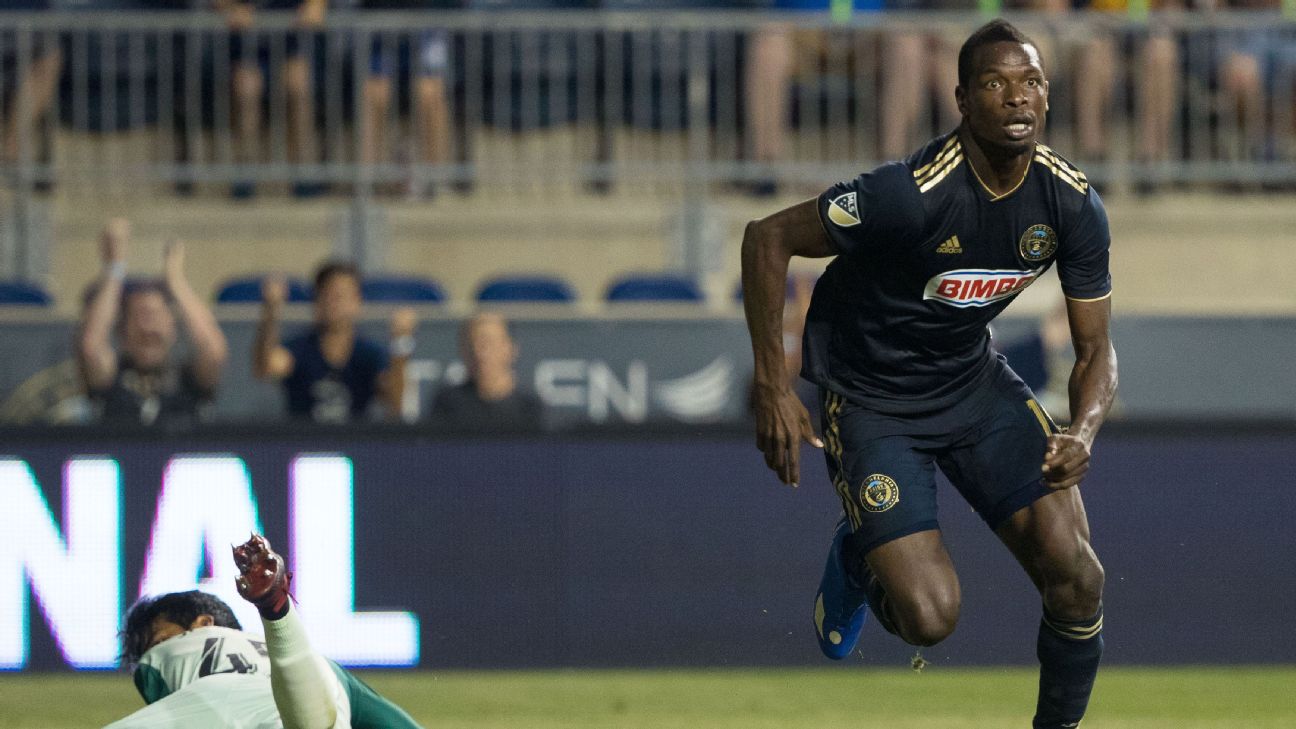 The U.S. Open Cup will have a first-time champion this year.

The Philadelphia Union, who lost in both of their previous appearances in the U.S. Open Cup final, and the Houston Dynamo, who never previously made the title game, both advanced with semifinal wins Wednesday.

Behind three second-half goals, the Union beat the Chicago Fire 3-0 in Chester, Pa. Cory Burke scored in the 59th and 77th minutes, and C.J. Sapong sealed the result with an 86th-minute goal.

The Dynamo and LAFC played to a 3-3 tie in Houston, but the hosts pulled out a 7-6 win in a penalty shootout. Joe Willis' save on Latif Blessing's attempt in the eighth round of the shootout clinched the victory.

The Union dropped the U.S. Open Cup final to the Seattle Sounders in 2014 and to Sporting Kansas City in 2015, both times in Chester.

On Wednesday, Alejandro Bedoya assisted on both of Burke's goals, and Sapong had an assist in addition to his goal. Union goalie Andre Blake was called upon to make just one save in the shutout win.

Later in the evening, the Dynamo prevailed despite a second-half collapse. Houston led 3-1 before LAFC's Diego Rossi completed a hat trick by scoring in the 78th minute and then the fifth minute of second-half stoppage time. That forced the contest to extra time and ultimate penalty kicks.

Andrew Wenger, Mauro Manotas and Memo Rodriguez scored in regulation for Houston. Rossi had opened the scoring in the sixth minute.

The U.S. Open Cup winner automatically qualifies for the group stage of the CONCACAF Champions League.

The first leg of the Canadian Championship final was also played on Wednesday, with the Vancouver Whitecaps and Toronto FC playing out an entertaining 2-2 draw at BC Place.