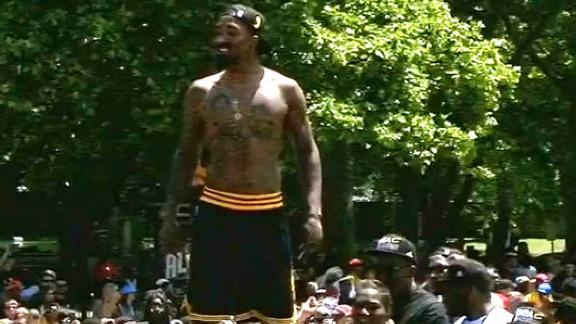 CLEVELAND -- LeBron James and the rest of the NBA champion Cleveland Cavaliers were honored with a downtown parade Wednesday as the city celebrated its first major professional sports title since 1964.

A crowd of approximately 1.3 million, some who had slept on sidewalks overnight to get a good view, packed downtown Cleveland like never before, spilling off sidewalks into streets along the 1.3 mile parade route that took more than four hours to crawl through, concluding with a rally at Mall B.

The Cavaliers ended the city's 52-year title drought on Sunday night by upsetting the defending champion Golden State Warriors at Oracle Arena 93-89 in Game 7 of the NBA Finals.

The downtown parade, with Jamesand Kyrie Irvingriding in style in Rolls-Royces, began outside Quicken Loans Arena before heading up East Ninth Street and to Mall B.

Cavaliers owner Dan Gilbert thanked LeBron James for his leadership and for returning to Cleveland in 2014 after spending four seasons with the Miami Heat, and general manager David Griffin, who engineered key trades and made the controversial decision to fire coach David Blatt in midseason and replace him with Tyronn Lue, took the microphone to say that "we had to be all-in to find our collective greatness."

Griffin said he thinks two seasons of success for the Golden State Warriors helped push Cleveland to its full potential.

"I think it took a team that good to force us to the brink, to force us to ignore the noise," Griffin said, adding that famously bad plays for Cleveland's history such as "The Shot," "The Drive" and "The Fumble" have been replaced by "The Block," "The 3" and "The D."

Lue thanked the fans on the part of the organization and shouted out, "We did it, baby!'' before thanking his coaching staff and his behind-the-bench staff.

The parade, which featured 60 floats, began with a truck spraying confetti into the crowd and was followed by Ohio State coaches Urban Meyer and Thad Matta and the Buckeyes' marching band. Not far behind were the Lake Erie Monsters, who won the AHL's Calder Cup this season.

Fans stood on rooftops and portable toilets, and hung out of office building windows hoping to get a glimpse of James, who rode in the Rolls-Royce convertible with his wife, Savannah, and their three children. Near the start of the route and just feet from where his iconic, 10-stories-tall banner hangs, James, wearing a gold cap and chomping on a cigar, stood and posed with his arms outstretched just as he does on the giant mural.

Kevin Love hoisted two WWE wrestling championship belts along the route, and J.R. Smith celebrated by again going shirtless, showing off his many tattoos to the crowd. Players left their transport vehicles to high-five fans, threw beads, danced and reveled in the moment along with the crowds.

The fans -- many dressed in the team's wine-and-gold colors -- moved into the area in droves at around 9 a.m. trying to find the best location to watch the rally. The crowd was so large near Quicken Loans Arena that the parade was delayed because the open-air vehicles that were supposed to carry the Cavaliers were having difficulty getting through to the staging area.

James, 31, was named Finals MVP after averaging 29.7 points, 11.3 rebounds and 8.9 assists during the series. He will be honored in his hometown of Akron on Thursday with a rally.

James played his first seven professional seasons in Cleveland after being selected No. 1 overall by the Cavs in the 2003 NBA draft. He then angered the city by leaving in free agency for the Miami Heat in 2010. James won two championships in his four seasons with the Heat before returning to Cleveland in 2014. Two seasons later, he delivered on his promise to bring a title to Northeast Ohio, cementing his legacy in Cleveland as a result.

Cleveland has suffered many heartbreaking sports moments over the years like The Drive, The Fumble, The Shot and The Decision. But more than five decades after Jim Brown led the Browns to the 1964 NFL championship, the city is back on top of the sports world again.

The Cavaliers were greeted by around 10,000 fans when their team charter plane landed at Cleveland Hopkins International Airport on Monday morning.

Every hotel downtown was sold out Tuesday. 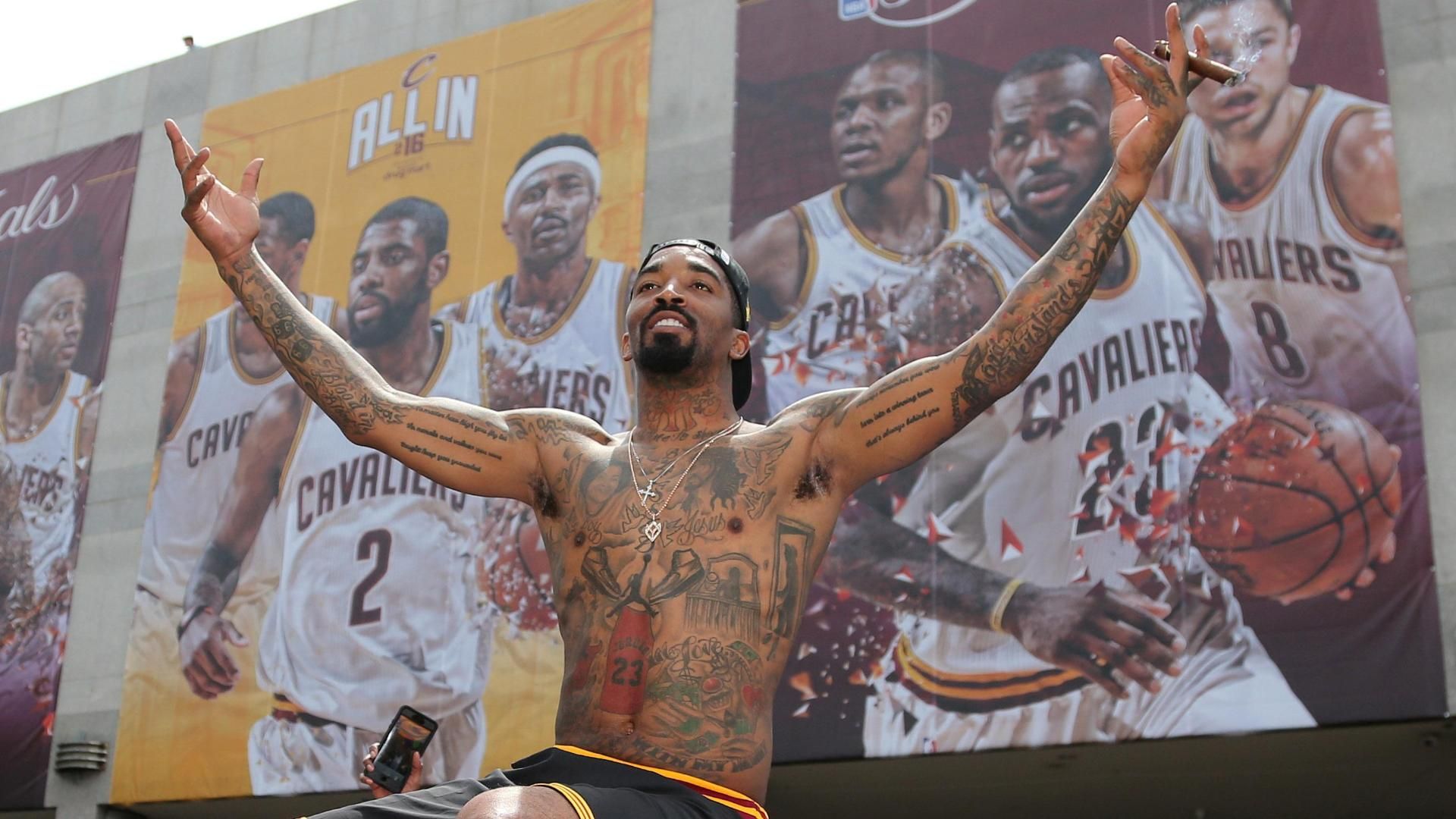