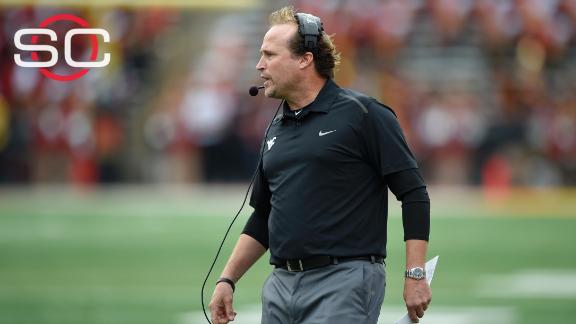 West Virginia plays Liberty on Saturday, and the Mountaineers have Youngstown State on the schedule next in 2016. After that, however, there are no future games planned against FCS opponents.

"We are one of the only teams in the country that are scheduling two Power 5 schools in the future," said Holgorsen, who added that the two FCS games were scheduled prior to his arrival in 2011. "If you look at our future schedules, we are scheduling them. I wish that everybody else would do the same thing.

Two FCS opponents pulled off upsets against Power 5 schools last week. Portland State not only beat Washington State, but the program received $550,000 for agreeing to play the game. In addition, South Dakota State knocked off Kansas.

Beginning in 2016, Big Ten programs will no longer be allowed to schedule games against FCS competition and have been advised to instead play against a Power 5 opponent.

While respectful of FCS teams agreeing to play much larger programs, Holgorsen thinks it's time for that practice to come to an end.

"Don't get me wrong," Holgorsen said Tuesday. "I can't blame our schedule-makers for doing what everyone else in the country does -- and I know these matchups are huge paydays for these little schools -- but these games count as wins for the FBS schools."