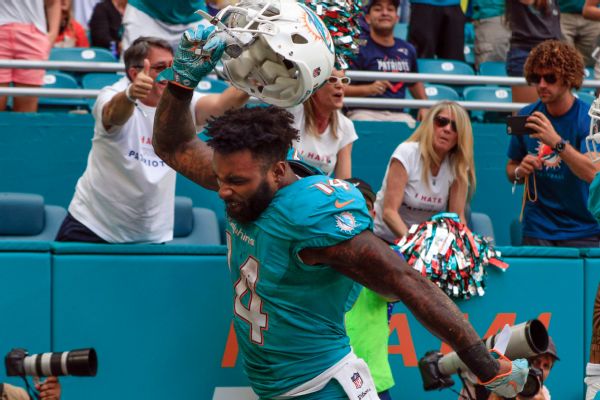 Landry was fined for two separate unsportsmanlike conduct incidents on his touchdown celebration in the second quarter -- $24,309 for grabbing his crotch and $24,309 for slamming his helmet. The total of $48,618 makes it an expensive six points for Landry.