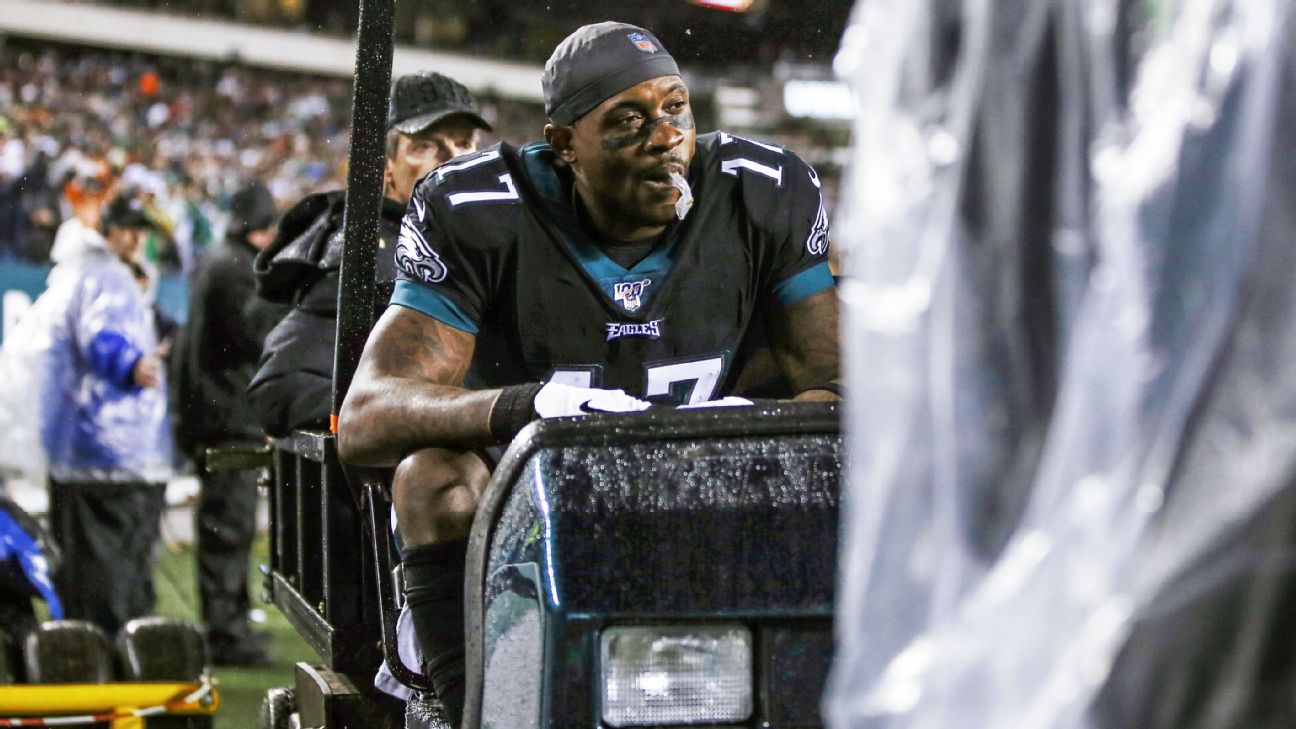 Coach Doug Pederson said he would have a better idea of how serious the injuries are on Tuesday.

Jeffery was taken to the locker room on a cart after suffering what the team called a foot injury. Jeffery was not contacted on the play but left the field limping before throwing his helmet down and entering the medical tent. He then sat in the front seat of a cart that headed down the tunnel.

Jeffery entered Monday with 43 catches for 430 yards and four touchdowns.

The Eagles were already without injured wide receiver Nelson Agholor. J.J. Arcega-Whiteside and Greg Ward were the only wide receivers left for the Eagles.

Quarterback Carson Wentz was still able to orchestrate two touchdown drives in the second half to erase a 14-point deficit, and he threw a game-winning TD to tight end Zach Ertz in overtime to pull the Eagles (6-7) even with the Dallas Cowboys in the NFC East.

"It's not easy when you have that many new faces out there playing in a must-win game against a division opponent," Pederson said. "Carson does get a lot of credit, but at the same time, we made some plays on defense that kept us in there, and we were able to pull it out."

Johnson went down when Wentz was knocked into him in the second quarter. Johnson, an All-Pro in 2017, suffered an injured left ankle and was also carted off the field. Halapoulivaati Vaitai took his place at right tackle.

Rookie running back Miles Sanders was hampered by a leg injury in the second half but said afterward that he'd be fine. Boston Scott received a bigger workload as a result and finished with 156 all-purpose yards and a touchdown.

The Eagles face the prospect of being down two of their top offensive players in Johnson and Jeffery as they begin a final push toward the postseason, beginning Sunday in Washington.

"If that's the case, the confidence that each of these guys gained tonight with our backs against the wall was huge for us," Wentz said. 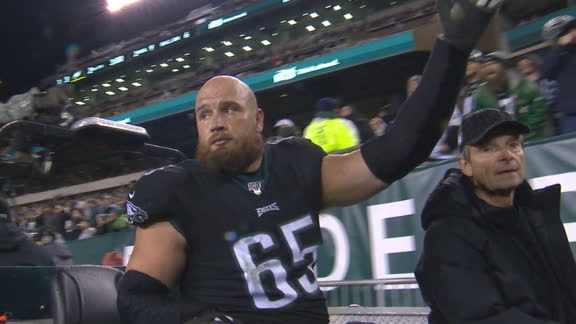