Eagles' Carson Wentz ruled out against Rams with back injury 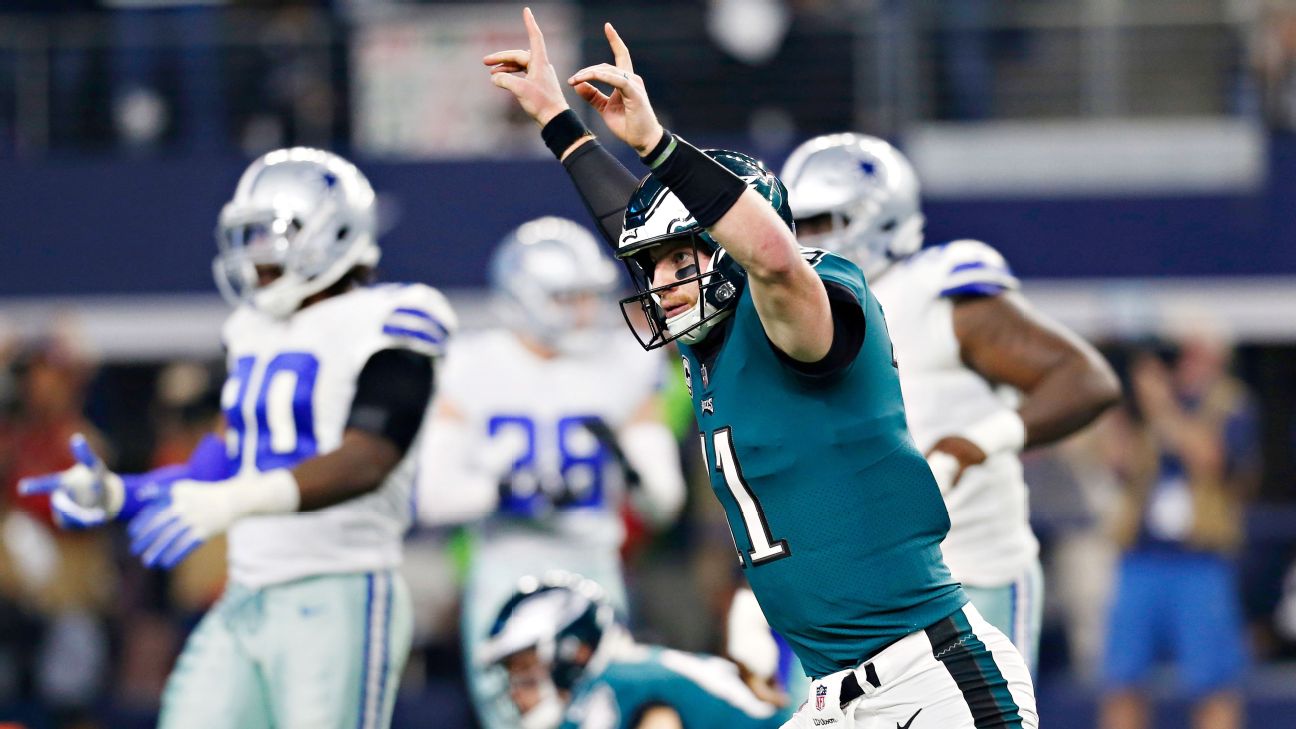 TheEagleshave ruled out quarterback Carson Wentzfor Sunday night's game at theLos Angeles Ramswhile he deals with a stress fracture in his back.

Coach Doug Pederson said Friday that he could take about three months to heal, but the team listed him as doubtful before conceding Saturday that the quarterback will not be able to play this week.

Super Bowl MVP Nick Foles will start in Wentz's place for the 6-7 Eagles.

Pederson, during a tense back-and-forth with the media, said Friday that Wentz's injury has "evolved over time" and will not require surgery. However, given the estimated three-month recovery time, it seems unlikely Wentz will play the rest of the season.

Wentz was listed on the injury report as a limited participant with a back injury on consecutive Wednesdays in late October. Asked if the stress fracture was related to that injury, Pederson raised his voice.

"He has a stress injury, evolved over time, and it requires no surgery," Pederson said Friday. "[I'm not] answering any more questions about it. We're playing the Rams in two days, if you guys haven't figured this out."

Pederson explained why he had no concern about having Wentz play while this injury was presumably getting worse.

"There were no symptoms," Pederson said. "He was 100 percent. He practiced. He was not on the injury report for this. So, yeah, I had no issue with that."

Pederson also said he does not anticipate any long-term issues for Wentz as a result of this injury.