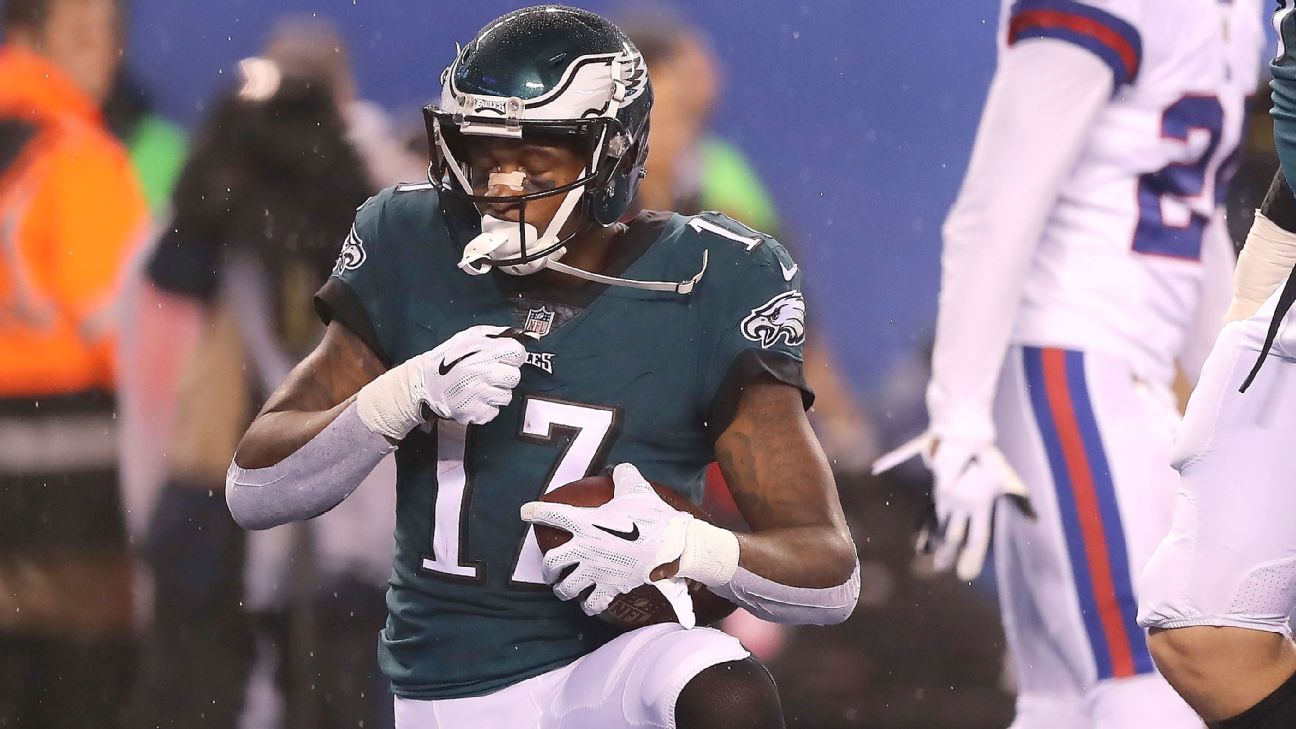 "I fully expect and anticipate Alshon, you know, to [be available]. He was limited yesterday and hopefully he can go full today and be ready to go," Pederson said Tuesday on a conference call with Green Bay reporters.

"... DeSean is probably a little further away. His injury is a little bit more week to week and so he's probably not going to be there this week. But listen, the season's young, we'll get these guys healthy and hopefully we can get things turned around soon."

Defensive coordinator Jim Schwartz added the team will be without starting cornerback Ronald Darby "for a little while" as he recovers from a hamstring strain, adding to the responsibilities of Sidney Jones and Rasul Douglas.

Jackson was injured early against the Atlanta Falconsin Week 2 and hasn't played since. One doctor recommended surgery for his injured abdomen, a source said, but Jackson declined and plans to return Week 5 against the Jets.

Jeffery and Goedert were listed as full participants in practice Tuesday, while Jackson and Darby did not participate.

Depleted at the skill positions, the Eagles had seven drops in a 27-24 loss to the Lions. The return of Jeffery to the lineup would give Carson Wentz and the offense a boost.
Report a correction or typo
Related topics:
sportsespndallas goedertnflalshon jefferyphiladelphia eaglesdesean jackson
Copyright © 2021 ESPN Internet Ventures. All rights reserved.
More Videos
From CNN Newsource affiliates
TOP STORIES

4 hurt in string of shootings in Pocono Mountains community