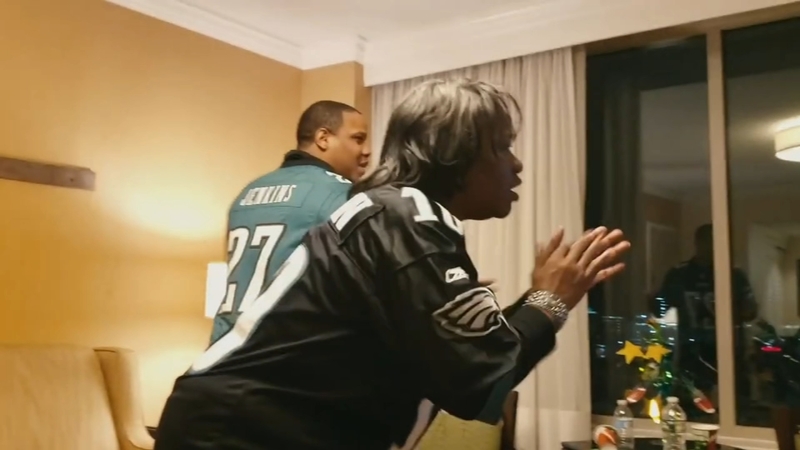 PHILADELPHIA (WPVI) -- "Maybe Next Year" is a new documentary that details the Eagles Super Bowl winning season from the perspective of four of the team's most die-hard fans.

The film is coming to the big and small screen with drive-in showings at the Navy Yard and at the Cinema Drive-In at Oaks, as well as on DVD and streaming services.

"The film isn't just about the Eagles and their Super Bowl win - it's about the unwavering passion and loyalty of fans everywhere," said Jennifer Westphalia, Founder and CEO of Wavelength Productions. "We set out to create a film that reveals the near religious experience of being a super fan, and we are thrilled to finally share it with audiences across the country."

One of the four fans featured is Shirley Dash of North Philadelphia, a lifelong Eagles fan and frequent sports radio caller. A mother and grandmother, Shirley holds classes to teach women about the game of football.

The city of Philadelphia also features prominently throughout the film. In fact, you'll hear some familiar Action News voices.

On Tuesday night, Dash watched a drive-in showing of "Maybe Next Year" with other Eagles Fans. Just like the 2017 Super Bowl run, it was another moment for the City of Brotherly Love to come together.

"Throughout the movie, you had horns beeping. I was like, 'Oh my God.' Then you hear E-A-G-L-E-S, hear people clapping. And I just sat in the car and I am like... just give me the tissue. This is a blessing," Dash said.

Prior to the film's national release, Wavelength Productions and Virgil Films & Entertainment will be hosting drive-in screenings of "Maybe Next Year" at the PFS Drive-In at the Navy Yard and at the Cinema Drive-Ins at the Greater Philadelphia Expo Center in Oaks, PA.