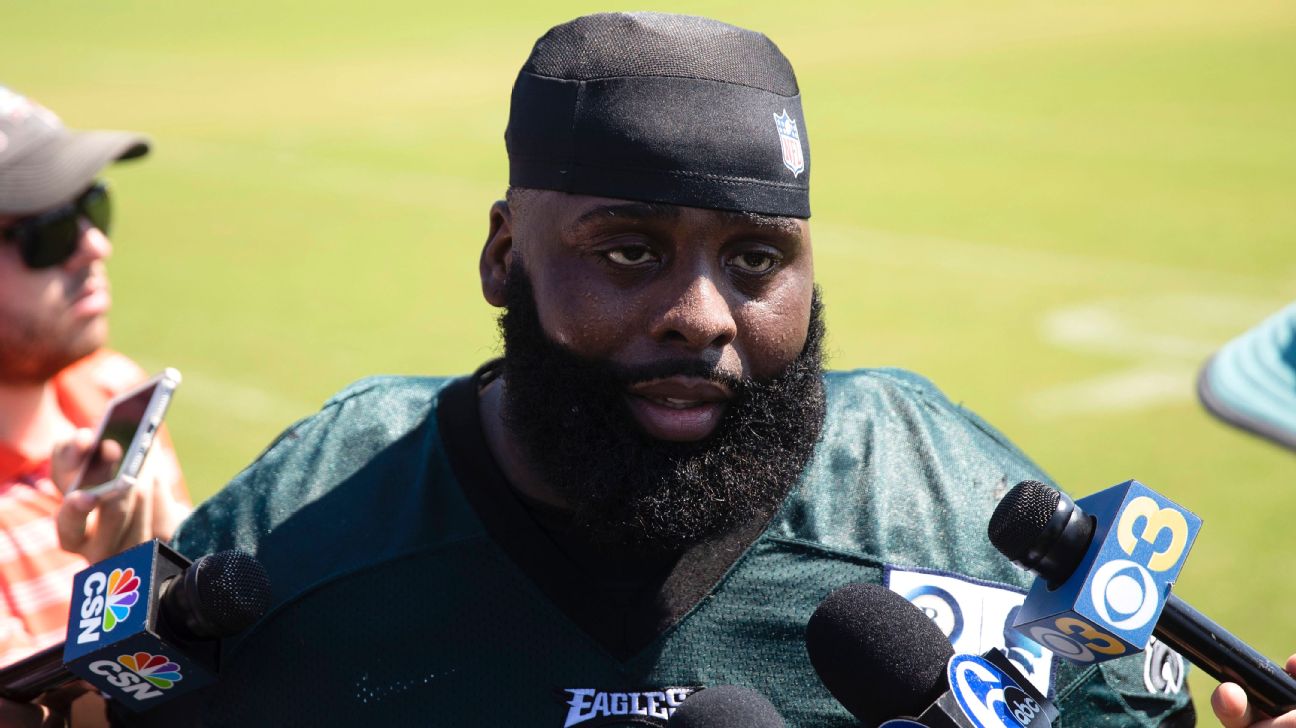 PHILADELPHIA --Eaglesleft tackle Jason Peters will practice this week and appears on track to play in Sunday's game against the Carolina Panthers despite suffering a biceps injury on Thursday night against the New York Giants.

Peters reportedly tore his biceps while extending to stop a defender from shooting the gap early in the second half, but head coach Doug Pederson said he is "doing fine" and will play through the injury.

"There's something there," Pederson said when asked if there is a tear. "He definitely can play so there's no concern injuring him any further or anything like that. All the confidence in the world with him and he'll be ready to go."

Peters, 36, has also been playing through a quad strain suffered in Week 2 against Tampa Bay. He missed a good portion of last season after tearing his ACL and MCL in late October. Halapoulivaati Vaitai is his backup.

Right tackle Lane Johnson played through a high ankle sprain last week. Pederson said Johnson "could" practice, but they'll monitor him early in the week and make a judgment call from there.

Running back Darren Sproles (hamstring) has not played since the opener. Pederson continues to call him day-to-day.

The Eagles are dealing with several injuries on defense as well. Cornerback Sidney Jones (hamstring) is likely to miss some time. Haloti Ngata has been sidelined with a calf injury and is considered day-to-day, while fellow defensive tackle Destiny Vaeao was waived with an injury settlement on Tuesday.