ESPN
By ESPN The Magazine 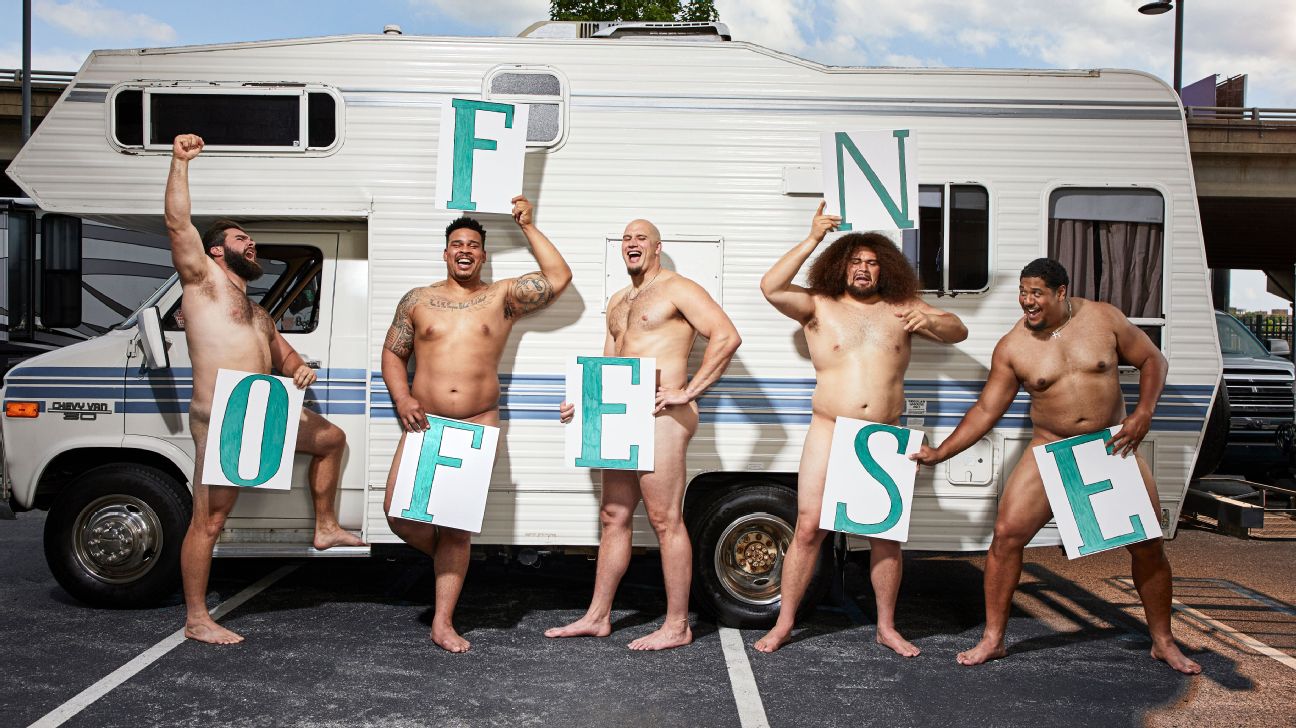 When Lane Johnson came to ESPN about doing the Body Issue, he knew it'd take some work to get his full offensive line to commit. ("I have to pay them off somehow," he says now. "Get them a nice watch or something.") In the end, he convinced four teammates -- Brandon Brooks, Jason Kelce, Isaac Seumalo and Halapoulivaati Vaitai -- to celebrate their long partnership on the O-line (one that includes a Super Bowl LII win) with a photo shoot that bares all. "You never know how much longer you're going to be in the same group of guys; people come and go all the time in this business," Johnson says. "This is a special group of guys, and I wanted to capture that moment and capture these guys so we can maybe look back one day and just smile."

BROOKS: Lane came to us asking about it, and I didn't mind helping Lane out. Whatever for the squad.

VAITAI: Lane brought it up, and he was like, "Hey, you should do this." I was like, "All right, cool. I'm down." It took me about two weeks until Lane said, "You know we're doing the Body Issue deal." I was like, "Wait, this is where we get naked?"

JOHNSON: There's a whole stigma behind the O-line body, but as you can see, some of these guys are pretty well-built, strong guys. I just wanted to put that out there and see how it settles.

What part of your body are you most proud of?

BROOKS: Having a strong core goes a long way, a strong core and strong quads for run blocking, taking on bull rushes, having to stop guys.

SEUMALO: My hair. It's a little over three years now. I mean, I like it. It's part of me.

KELCE: For offensive line play, it all starts from the ground up. Being able to use your strength in your legs, your hips, it all kind of originates there. I mean, everybody takes a look at biceps and shoulders and how big your chest is and whatnot, and that's all important. But really, everything originates from the lower half. I don't have a big ass, but I think it's a nice ass -- nice butt, sorry.

As offensive linemen, your job is to protect the QB. What does that responsibility mean to you?

JOHNSON: The O-line position is one of the hardest in sports. With defensive linemen, if they make one sack, their day is made. We can have 70 great plays of executing and you give up one sack or one hit. That's just really frustrating.

KELCE: I think offensive line play in general is really a position of service; you don't really have stats, you don't have the glory of scoring touchdowns. When I moved to the offensive line in college, it was a big awakening of setting yourself aside a little bit and understanding that it's not all about you. It's about the unit, it's about the team, and that's a very unique position. It's been fun to be a part of it and be in that position.

If you stopped playing football tomorrow, what would happen to your weight?

BROOKS: I would hope to go the right way and go down instead of going up. I feel like it's like one of those gambles -- you're praying to go down.

JOHNSON: I'd probably lose 50 pounds. Maybe I'd go on a 2-mile run or something. That's something I haven't done in the past 10 years.

Let's play superlatives. Who would throw the best tailgate?

SEUMALO: All of us, man. Just show up and -- the whole line and the D-line, especially for the Eagles, man. We're the dogs in there, so people come to us, for sure.

BROOKS: Tough one. I might have to go with Kelce. Kelce knows how to have fun. I mean, you have the beers and the music right, yes, you have everybody on a different level.

JOHNSON: Kelce. Whenever he gets on his rants and shows his personality, he's tough to beat.

VAITAI: Lane is the funniest. He'll just spasm and just say something funny, and I'm like, "Dude, we're in meetings. Stop it. This is a serious time."

BROOKS: Lane is hilarious. He's probably like top two or three people in my life when it comes to being funny. Lane has no filter and just really doesn't give a s--- about anything.

SEUMALO: I think Lane and Kelce are hilarious. They're cracking jokes all the time. When we're on the field, man, it's all business, but off the field in the meeting room, we have a good time.

Who thinks he's the funniest?


VAITAI: I would say Isaac. I just laugh to make Isaac feel good. He'll tell us a joke and I'm like, "Ha, hey. You got me there."

Who's the most comfortable naked in the locker room?

SEUMALO: That's got to be Kelce, man. He just -- he doesn't care at all. He don't give a damn what people think.

SEUMALO: I'll take that. I don't know, man. I mean, everybody showers together anyway, so it's not like a huge deal. But I guess most guys, including myself, have some boundaries.

BROOKS: Jason Peters. He wasn't coming today. He said he was 37 years old, he ain't got time for that.

What do you hope people take from your shoot?

JOHNSON: They can just laugh and see us as a bunch of goofy guys; that's what we are. Hopefully the pictures capture what we are really about -- really authentic and genuine, nothing fake about it. What you see is what you get.

KELCE: One of the cool things about football is that there's a place for every kid to play, regardless of size, shape or speed. I hope they'll take away that we're some fun guys just having a good time together. 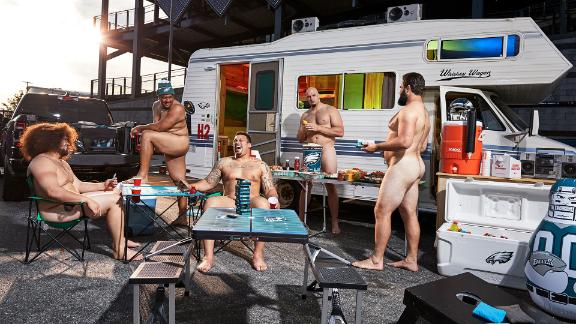