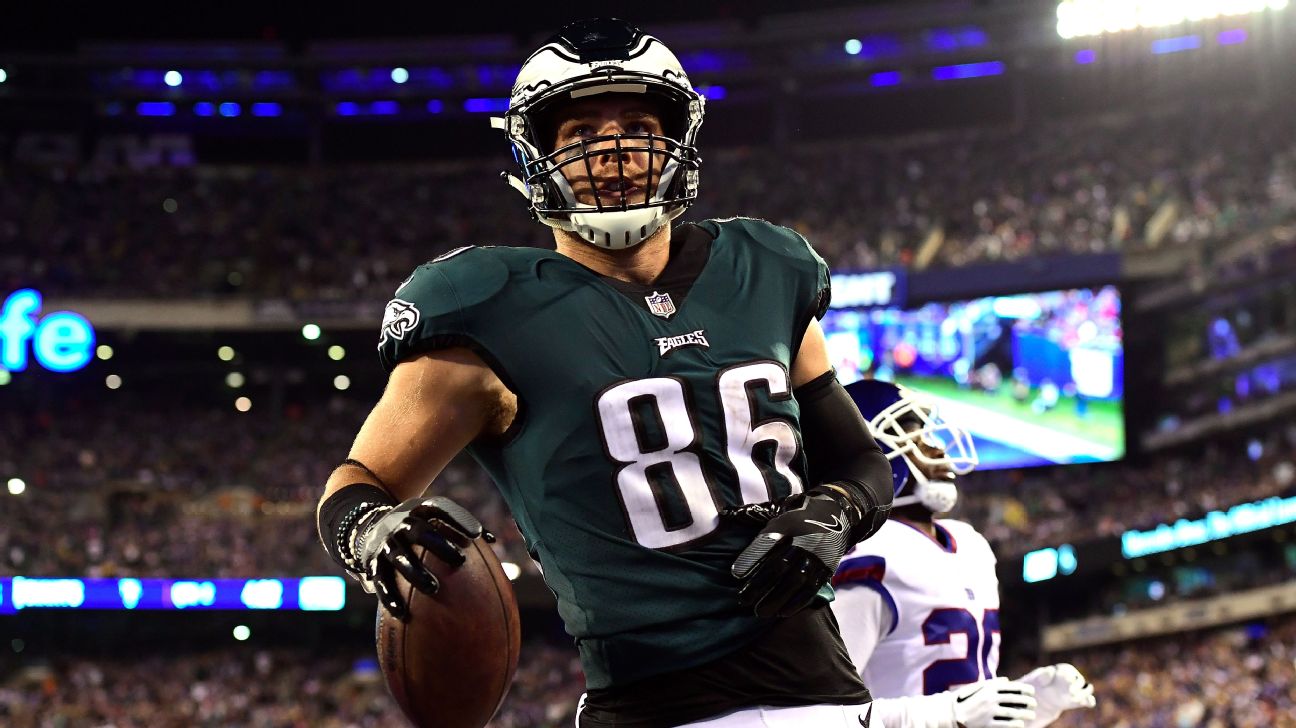 PHILADELPHIA -- Eagles tight end Zach Ertz is awaiting test results that will determine whether he is able to play in Sunday's playoff game against the Seattle Seahawks and is officially listed as questionable, while rookie running backMiles Sanders(low ankle sprain) said he will play Sunday.

Ertz suffered a broken rib and a lacerated kidney during a Week 16 win over the Dallas Cowboys, a source confirmed to ESPN last week. He missed the regular-season finale against the Giants but returned to practice this week as a limited participant.

Ertz wore protective padding around the rib area as he ran onto Lincoln Financial Field for the team's final tune-up Friday. Multiple people in the locker room spoke with optimism about Ertz's status for Sunday, but he still needs to receive medical clearance to play.

Right tackle Lane Johnson (high ankle sprain) is questionable as well. He did not practice all week, and according to a league source, it would be quite a feat if he's able to play. The more likely scenario is that Halapoulivaati Vaitai mans the right tackle position while Matt Pryor plays right guard for the injured Brandon Brooks.

Sanders returned to practice Friday after missing time earlier in the week with the sprain, and said he is playing Sunday, albeit not at full strength. "No, I'm not 100 percent," Sanders said, "but I'm good enough to go."