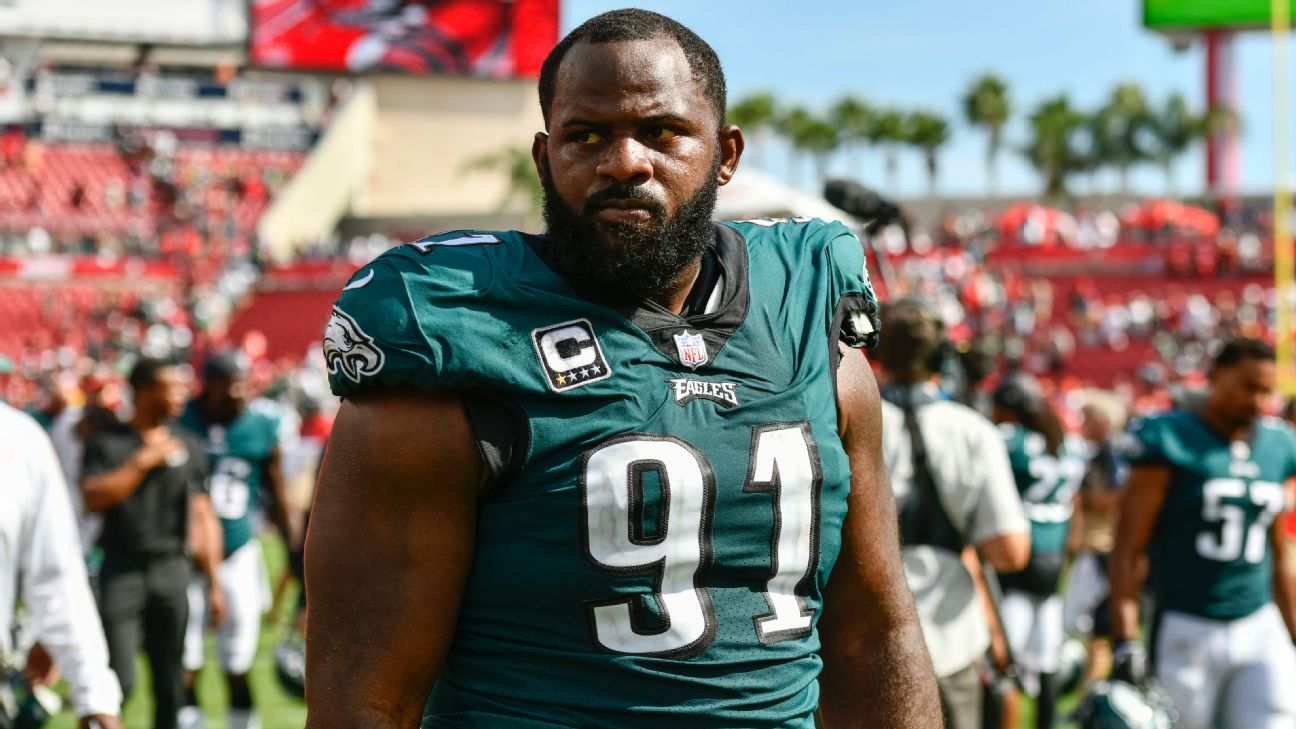 The Philadelphia Eagles restructured the contract of Pro Bowl defensive tackle Fletcher Cox on Friday, but they will not use the added salary-cap space to trade for Pittsburgh Steelers running back Le'Veon Bell, according to league sources.

Cox's new deal will create $6.5 million more cap space for the Eagles this season and $11.7 million more for next season.

However, even with the newfound cap room, the Eagles have not pursued a trade for Bell and do not have plans to do so at this time, the sources said.

"It's 100 percent misleading to think Cox's restructuring was done with Le'Veon Bell in mind," said one league source with knowledge of the Eagles' thinking.

The Eagles created this cap space to be better positioned to re-sign their own players in each of the next two seasons. But it also gives them added flexibility in the event they decide to pursue a trade for another player.