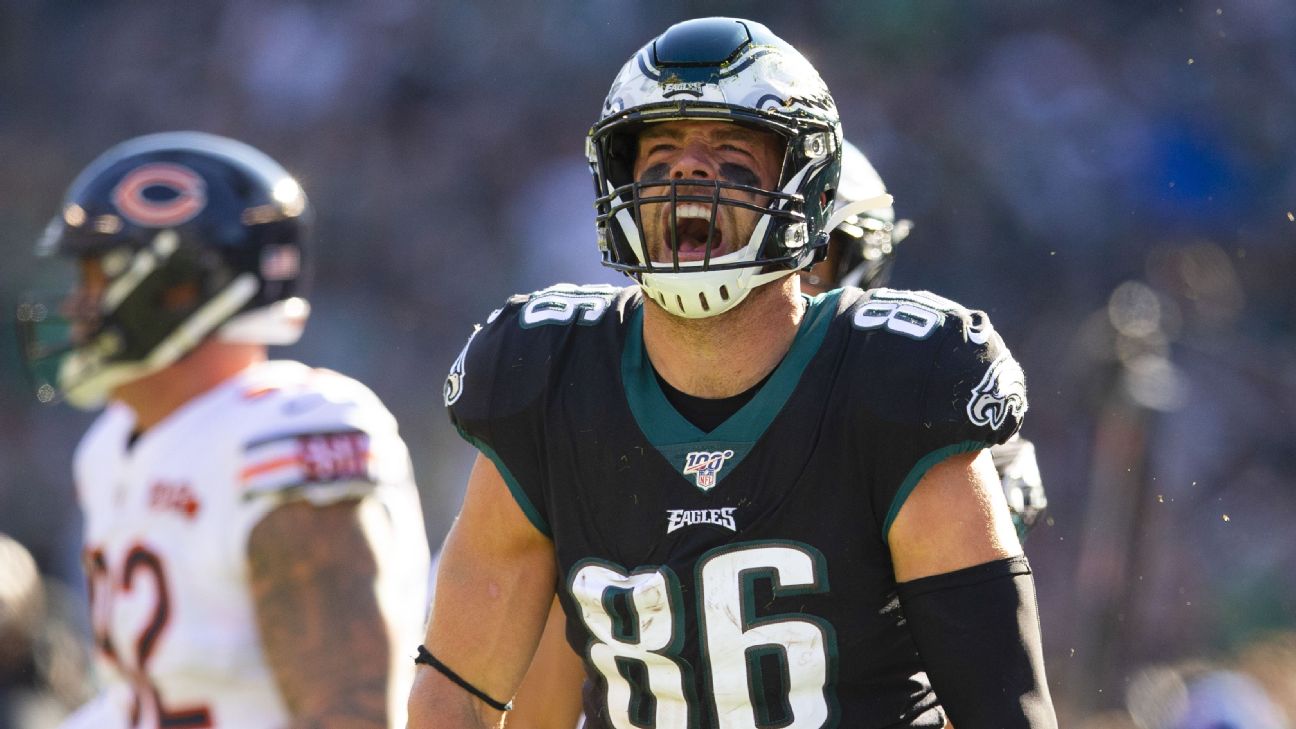 ESPN
By Tim McManus
PHILADELPHIA -- Eaglestight end Zach Ertz has been ruled out of Sunday's regular-season finale at the New York Giants with back and rib injuries.

Ertz suffered a fractured rib, a source said, when he took a hit from safety Xavier Woods in the first quarter against the Dallas Cowboys last week. Ertz left for the locker room a short time later, but he returned to finish the game and ended with four catches for 28 yards.

Carson Wentz will be without his top passing option in a game the Eagles must win to clinch the NFC East and ensure a playoff berth. Otherwise, they'll have to depend on a Cowboys loss to Washington.

"Medically, I want to make sure he's 100 percent," coach Doug Pederson said. "Zach is a tough guy. I know he wants to be out there, but at the same time, I'm not going to risk anything further for him personally."

Receiver Nelson Agholor (knee) has also been ruled out for Sunday, while tackle Lane Johnson (ankle) and cornerback Jalen Mills (ankle) are questionable.

Running back Jordan Howard, meanwhile, has been medically cleared to return from a shoulder stinger and is "good to go" for Sunday, Pederson said.

Howard, who served as the Eagles' primary back before the injury, has not played since Week 9.

The dynamics have shifted in Howard's absence, with rookie Miles Sanders emerging as a critical piece of the Eagles' offense. A candidate for Offensive Rookie of the Year, Sanders has accounted for 40% of the team's production over the past two weeks and ranks seventh in the NFL in all-purpose yards (1,590).

Pederson suggested that Sanders will keep his spot atop the depth chart and that Howard will be worked back in gradually.

"The challenge is we've been planning [for the Giants] with Miles and Boston [Scott], and Jordan gives us a third back, situational guy," Pederson said. "We understand who he is. But as far as the conditioning and the game shape and being ready, you just can't give him a full complement of plays. And we don't necessarily want to disrupt what we've got going, but he is a big piece, obviously, to our offense."

Howard rushed for 525 yards on 119 carries (4.4 yards per carry) with 6 touchdowns over the first nine games before being hurt in a win over the Chicago Bears, his former team. 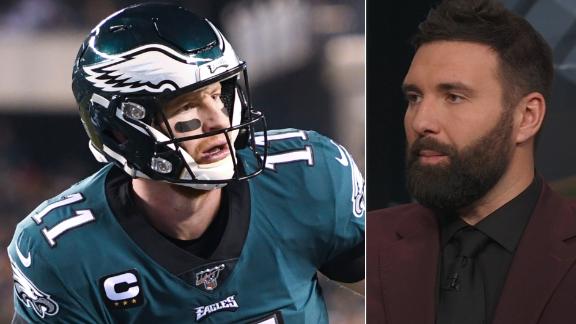