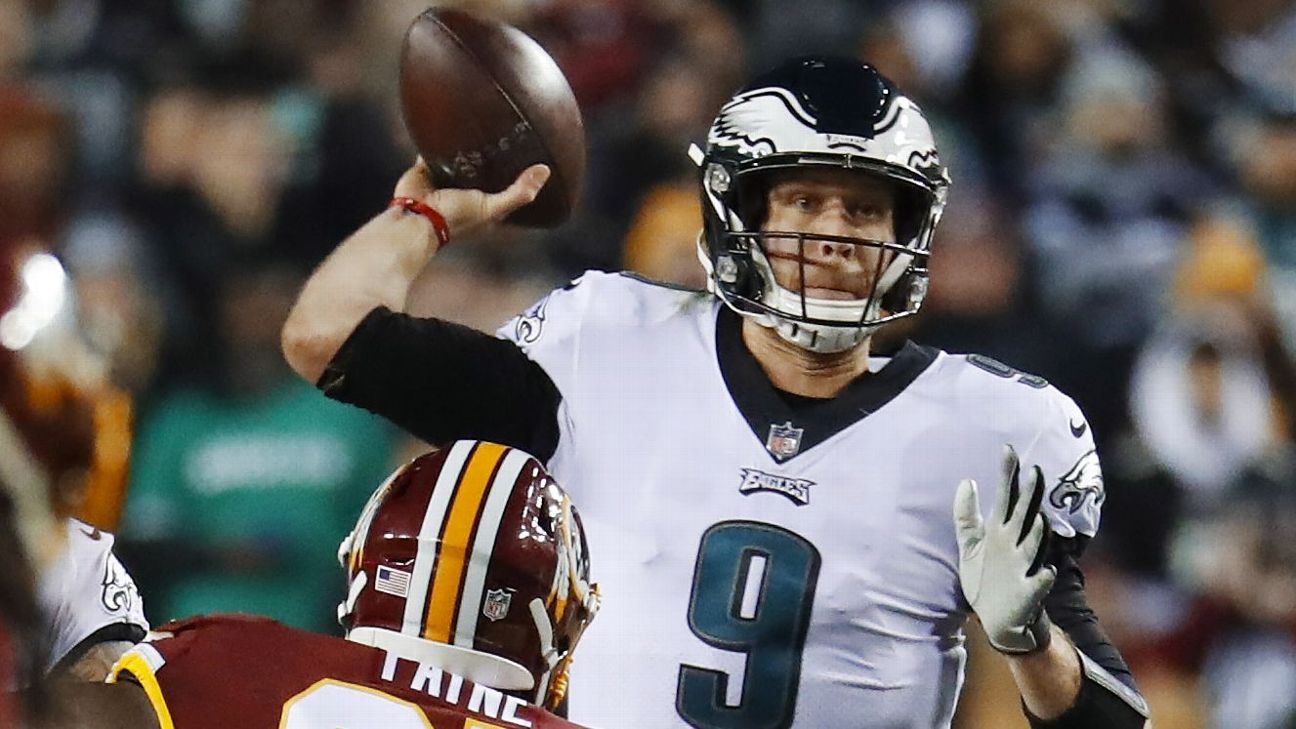 PHILADELPHIA -- Nick Foles will start at quarterback for the Eagles in an NFC wild-card game against the Chicago Bears, coach Doug Pederson said Monday.

Pederson said tests Monday on Foles' sore ribs came back "clear" and that the quarterback was feeling good.

Foles left the Eagles' 24-0 victory over the Washington Redskinson Sunday in the fourth quarter and was replaced byNate Sudfeld. Before he left the game, Foles tied an NFL record by completing 25 consecutive passes.

He will be able to ease into the week, as Pederson has altered the team's schedule of late, replacing Wednesday practices with a light walk-through to keep his players fresh. Foles' workload will pick up Thursday.

"We'll take care of him and make sure he's ready for Sunday," Pederson said.

Sudfeldwill serve as Foles' backup Sunday as of "right now," said Pederson, who offered no updates on the status of Carson Wentz, who was diagnosed with a stress fracture in his back in Week 15.

For this week, it appears the Eagles will continue to hold Wentz out and allow him to heal.

The Super Bowl MVP in Philadelphia's win over the New England Patriots in February, Foles has led the Eagles to three straight wins while replacing Wentz. He finished 28-for-33 for 221 yards, two touchdowns and an interception as the Eagles secured the sixth and final playoff spot in the NFC with their victory and the Minnesota Vikings' 24-10 loss to the Bears.

Foles is 9-2 as the Eagles' starter over the past two seasons, including playoffs.