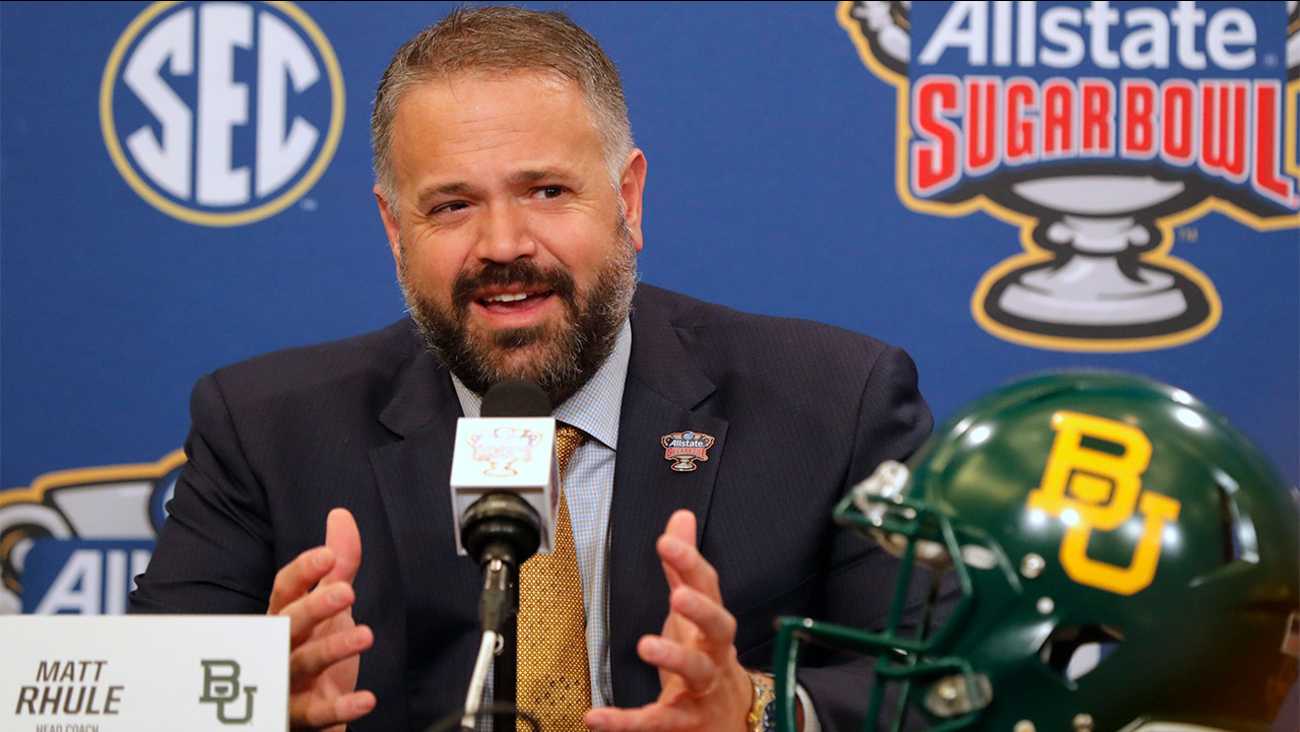 Rhule had been rumored to be in the mix for the head coach vacancies with Carolina and the New York Giants, but the 44-year-old had said in December that he planned on returning to Baylor.

The Panthers are hoping that Rhule can do for them what he did for Baylor, taking a struggling program and turning it into a national power. The Bears were 1-11 in Rhule's first season in 2017 but went 11-3 this past season.

Rhule, who coached the Giants' offensive line in 2012, replaces Ron Rivera, who was fired this past season after a nine-year run.

The Panthers finished 5-11 last season and haven't made the playoffs since 2017.