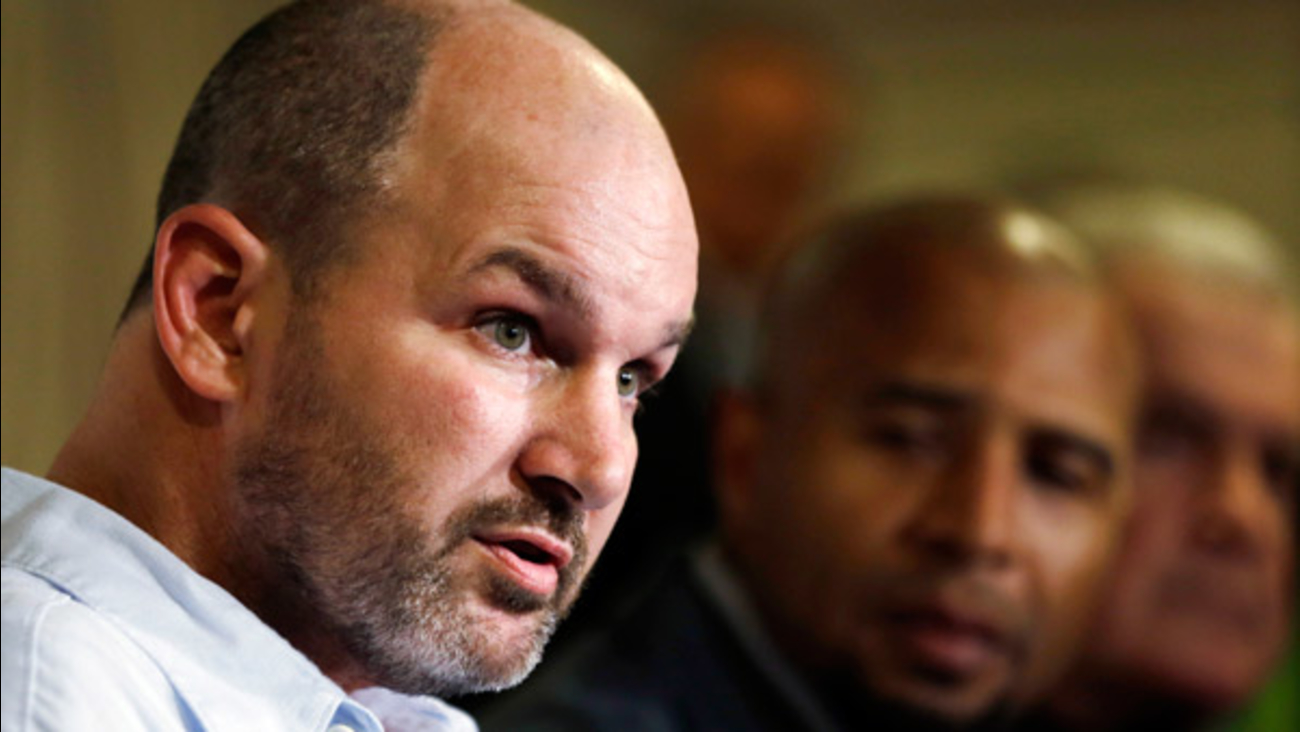 PHILADELPHIA (WPVI) -- Former Philadelphia Eagles fullback Kevin Turner has passed away after a six-year battle with ALS. He was 46.

Turner was diagnosed with amyotrophic lateral sclerosis - also known as Lou Gehrig's disease - in 2010. According to his foundation, Turner was surrounded by his family and friends.

"Myra and I lost a great son today. He will be missed so much," his father, Raymond Turner, posted on Facebook. "Thanks to everyone so very much for your support and prayers during this journey. He was ready to go to Heaven, excited he said, Love y'all and God Bless."

Turner, drafted by New England in 1992, spent the last five seasons of his career with the Eagles.

"We lost a special person today in Kevin Turner. He was extremely courageous and inspiring throughout his life. I will never forget how excited we were when we signed him in 1995 and how valuable of a player he was leading the way for Ricky Watters, Charlie Garner and Duce Staley. But as good of a football player as he was, he was even a better man. His high character, kindness and respectful nature stood out to me the most. Our thoughts and prayers are with his family and friends during this difficult time," Eagles Chairman and CEO Jeffrey Lurie said in a statement.

Prayers and blessing go out to a former teammate of mine Kevin Turner, unfortunately he passed away. Great mentor and friend. KT we miss you

Eagles head coach Doug Pederson was a teammate of Turner's in 1999.

"It's a sad day. Even though I only spent one year of my career with Kevin Turner in Philadelphia, it didn't take but more than a few days to know how special of a person he was, how great of a teammate he was, and how great of a leader he was in the locker room. He was a special person on and off the field. I will always remember the great work his foundation did over the years and I will always remember the way he fought until the very end," Pederson said in a statement.

"There was no one more serious and more prepared than Kevin Turner. His professionalism and respect were second to none. He made me a better pro. We lost a good man and a good teammate today. We will all miss him," Staley said in a statement.

After his diagnosis, Turner was active in research looking for links between the degenerative brain disease CTE, ALS and head trauma related to football. He started the Kevin Turner Foundation to raise funds for ALS research.

He is survived by his former wife and three children.