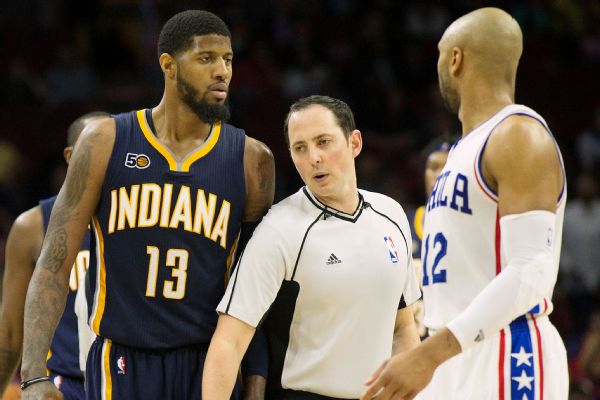 The NBA announced the fines Wednesday.

Both players were ejected after a scuffle in the fourth quarter of Indiana's 120-111 win over the Sixers.

The game got nasty with 2:59 remaining when George and Henderson crashed to the floor together and exchanged a few shoves. Henderson had thrown an elbow at George on the previous trip downcourt.

Both were hit with double technical fouls.