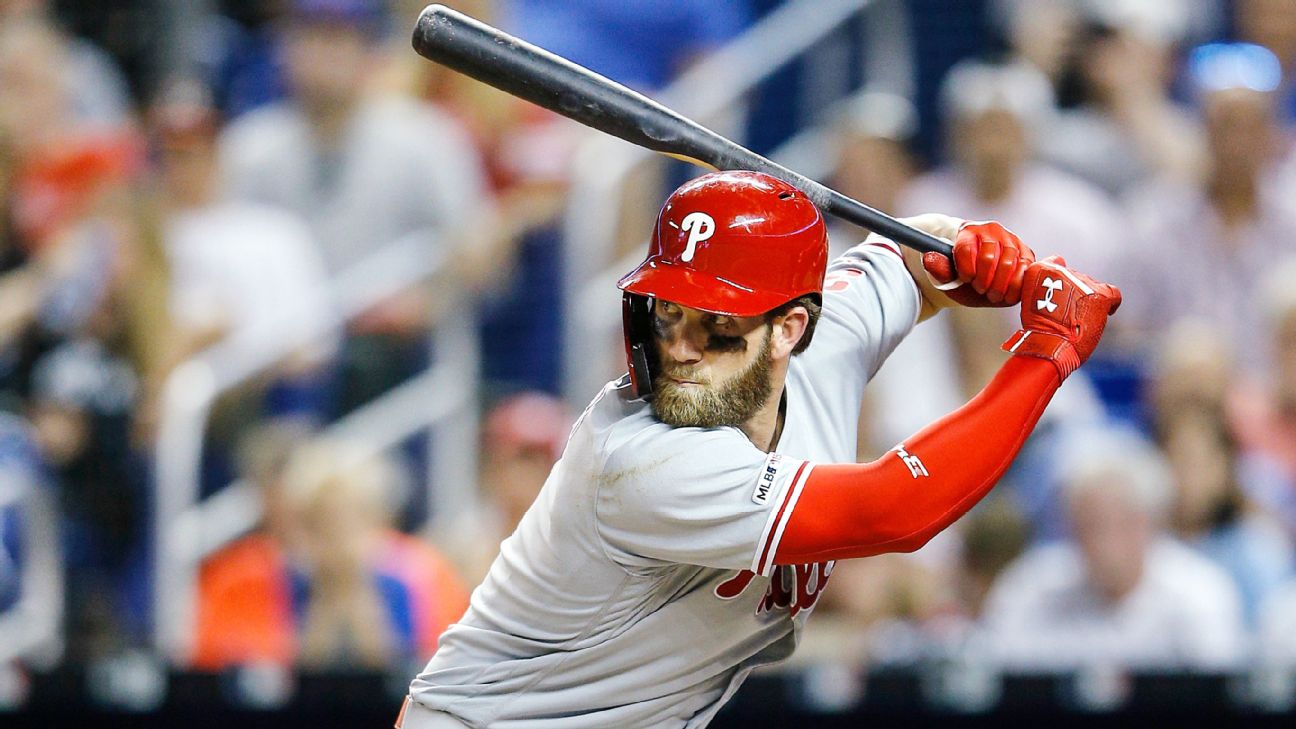 ESPN
The Philadelphia Phillies put outfielder Bryce Harper into the leadoff spot for Thursday night's game against the Washington Nationals in hopes of putting a spark back into the top of their lineup.

Harper went 1-for-5 with three strikeouts in the Phillies' 7-4 loss. Cleanup hitterRhys Hoskinswas moved up to the No. 2 slot in the order and went 0-for-4 with a strikeout.

"The thought process is, we feel like we're a more successful club when we see pitches in the first inning,'' manager Gabe Kapler said before the game.

He insisted it had nothing to do with Harper's 4-for-24 struggle over the previous eight games, noting, "This was designed to spark the Philadelphia Phillies."

Since June 4, when Andrew McCutchen suffered a season-ending knee injury, Phillies leadoff hitters have ranked last in the MLB in batting average (.115), on-base percentage (.220), slugging percentage (.154) and OPS (.374). They also have only one extra-base hit in 13 games.

Harper hit leadoff 28 times with the Nationals, 16 times in 2013 and 12 in 2018 when he was struggling. He had a .217 batting average in the leadoff spot last year but homered four times.

ShortstopJean Segura, who had struggled in the leadoff spot, was dropped to fifth in the lineup. He went 1-for-4 with a solo home run a day after he failed to hustle to first base in the first inning of Wednesday's second game against the Nationals.

Kapler spoke with Segura about the incident but stopped short of benching him Thursday.

"I don't think taking one of our eight best players, and our shortstop, out of the lineup is what's best for the Philadelphia Phillies," Kapler said.

He addressed the situation by watching video of the misdeed with Segura on Wednesday. "He was accountable and strong in saying, 'That can't happen,'" Kapler said.

The Phillies, who were swept in a doubleheader by the Nationals on Wednesday, have lost four straight and eight of their past 10 games. They trail the Atlanta Braves by 4 games in the National League East standings.

Information from The Associated Press and ESPN Stats & Information was used in this report. 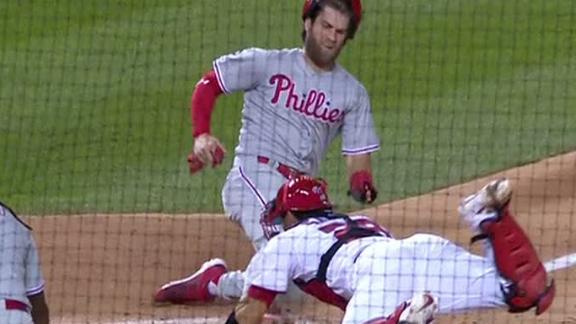