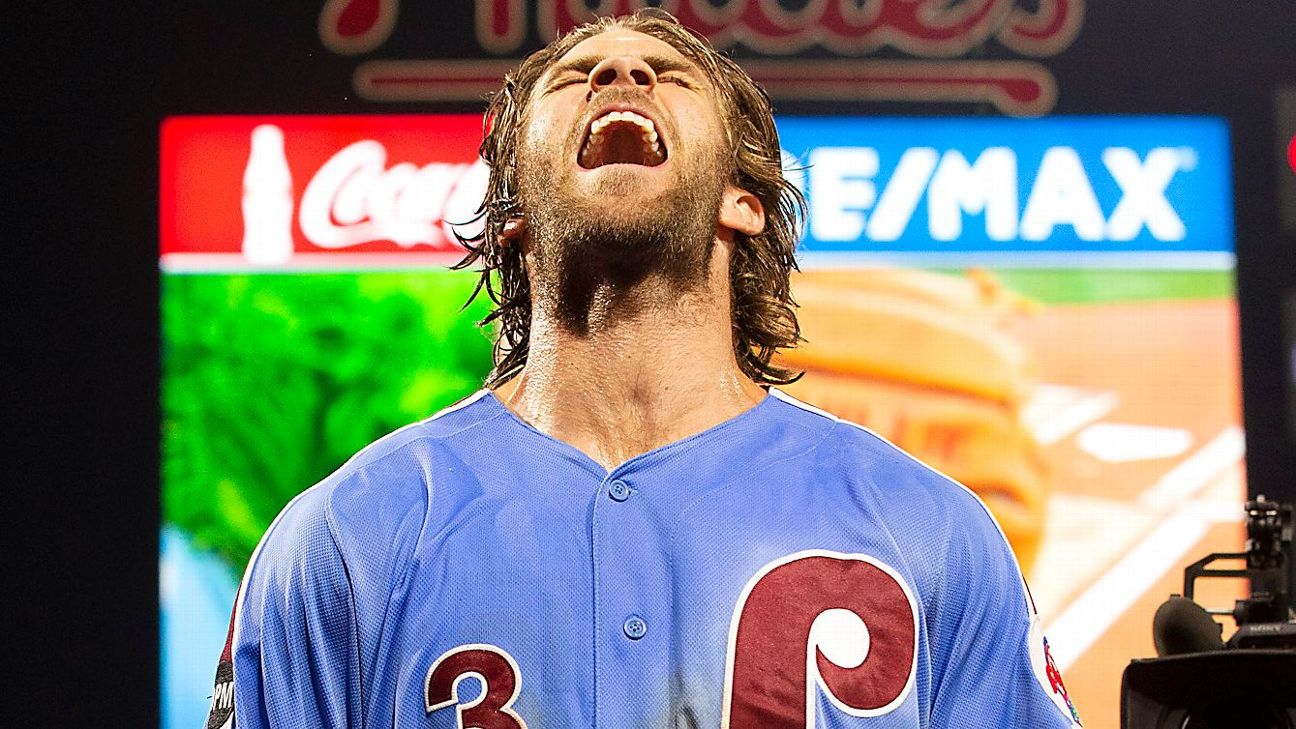 Philadelphiastar Bryce Harper is still out of the starting lineup because of an injured right hand, but he did pinch hit in the Phillies' 10-7 win over the New York Mets on Sunday.

Harper drew a bases-loaded walk as a seventh-inning pinch-hitter to cap a three-run outburst to widen the Phillies' advantage to 10-6.

The Phillies ended the day two games behind the Chicago Cubs for the second NL wild-card spot.

Harper hasn't started since being hit by a fastball from Mets lefty Steven Matz on Friday night. X-rays were negative.