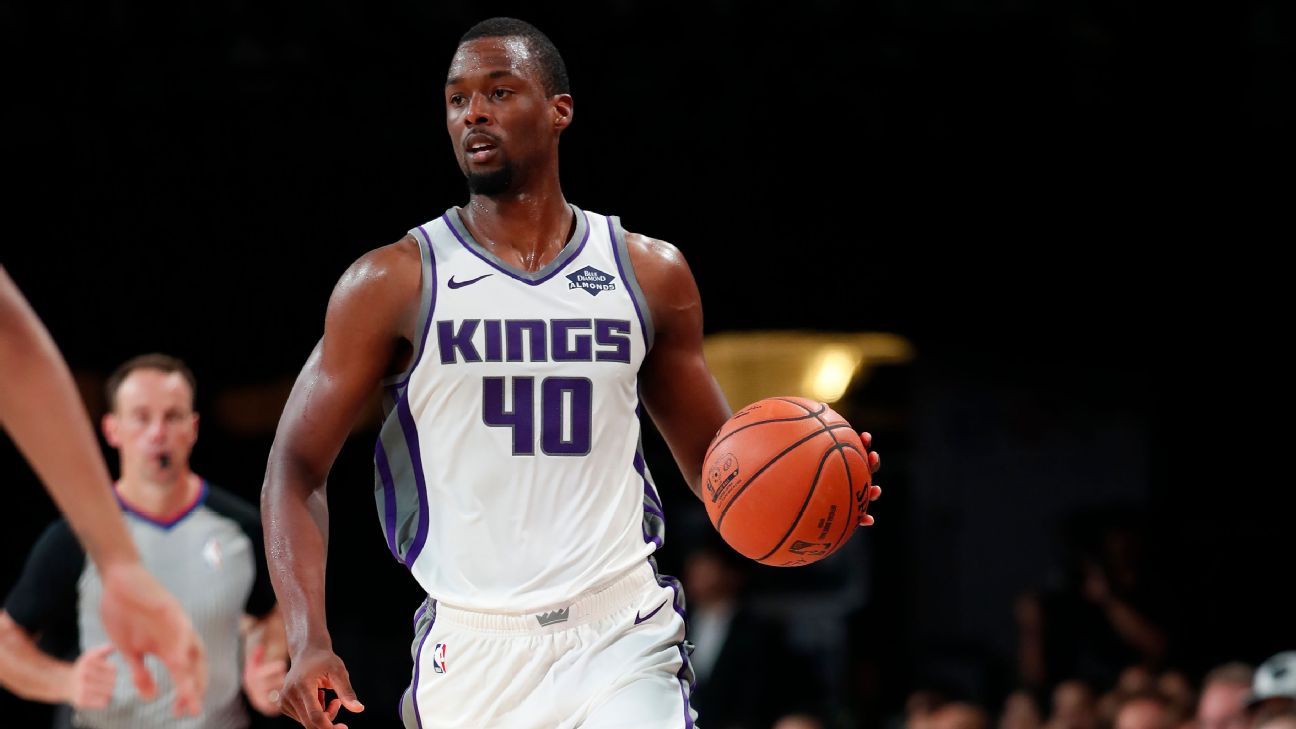 Sacramento Kings forward Harrison Barnes and his wife and Philadelphia Eagles defensive tackle Malik Jackson have offered to pay for the funeral of a Fort Worth, Texas, woman who was killed in her home by a police officer last week.

Atatiana Jefferson, 28, was taking care of her 8-year-old nephew Saturday when a police officer making a wellness check fired through the window of her home and killed her. The officer was responding to a call about an open door at the residence.

"My wife and I wanted to do something for that family," Barnes told reporters Thursday. "It was a tragic situation that happened. No one should be killed during a wellness check. But the biggest thing is anytime someone has to go through that, the last thing you want to have to worry about is trying to come up with the money for a funeral."

Barnes played for the Dallas Mavericks for two-plus seasons before being traded to the Kings in February.

"Anytime you come into a community, you always have a piece of that community with you and you want to give back," he said.

Barnes and his wife, Brittany, are covering more than half of the cost of the service, and Jackson is paying for the remainder, Lee Merritt, an attorney representing Jefferson's family, told the Dallas Morning News.

"It's about the family," Barnes, 27, said of the gesture. "It's about everything they're going through. Our prayers obviously are with them. It was a gesture my wife and I wanted to do for them."

Jefferson, who was black, was a graduate of Xavier University of Louisiana and was working in pharmaceutical equipment sales. Aaron Dean, the officer who killed Jefferson, is white.

Dean has resigned from the department and has been charged with murder.

"It was unfortunate. It should never have happened. You think of wellness check not being something that's going to be fatal," Barnes said. "So you want justice for the family. But at the same time, your heart goes out to the family that has to deal with that."

Barnes said his thoughts also went to Andre Emmett, a former NBA player who was killed in Dallas in September. Police are still searching for his killer.

"Just in general gun violence in Dallas recently. Andre Emmett, a guy that I played pickup basketball with for 2 straight summers, another unfortunate incident. When you see these types of situations continue to occur, you know that change has to happen," Barnes said.

Barnes said he had not talked to Jefferson's family.