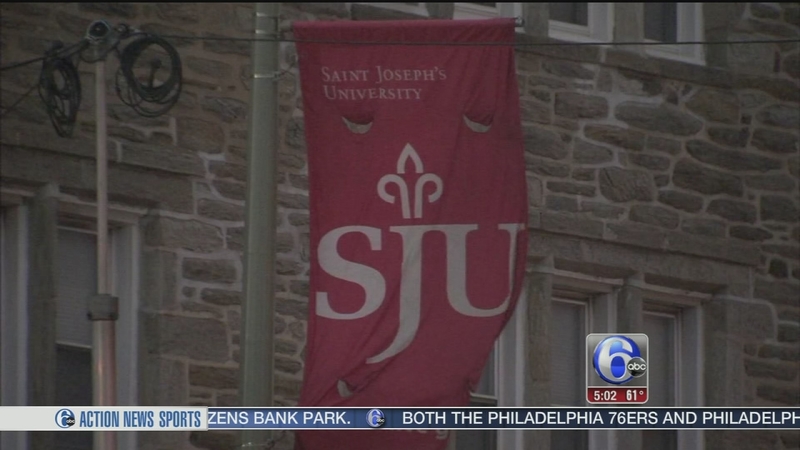 On Thursday Action News was there as the team bus set off for Virginia. It departed late due to the just launched investigation.

Sources tell Action News that freshmen members of the softball team have been forced to undergo hazing for some time.

Sources allege that students were given written instructions in a note from upperclassmen telling them that it was deliverance week, that the time has come for them to show respect, that it's time for them to realize their place and if they don't follow instructions there will be dire consequences.

Sources say the students being initiated had to consume alcohol, perform acts involving inappropriate touching, perform lap dances for upperclassman on the team, mimic various sex acts and other allegations too graphic to be outlined.

The alleged hazing took place not on campus but at the home of an upperclassman.

He also says there are multiple versions of the same event, that multiple interviews with student athletes, coaches and other staff members have taken place and more are still to come.

According to Lunardi, the university has strict guidelines against hazing and remedial action has been taken to assure the safety of all student athletes.

He says they believe something happened and they want to get to the bottom of it, adding that people will be held accountable if the allegations prove to be true.
Related topics:
sportswest philadelphiaphilly newscollegehazing
Copyright © 2021 WPVI-TV. All Rights Reserved.
TOP STORIES
Soccer fans accused of beating man to death at Pat's King of Steaks
Video shows Gabby Petito's police encounter before disappearance
3 and Out: Jaws on Sirianni's brilliance, 49ers preview, prediction
Another age-progression image released of Dulce Maria Alavez
Girl, 6, hit by vehicle while fleeing Philadelphia gunfire
Bialik, Jennings to guest-host 'Jeopardy!' for rest of year
Alex Murdaugh turns himself in for $10M insurance fraud plot
Show More
AccuWeather: Not as hot, some downpours today
4 young people shot in past week have ties to one school
Gov. Wolf visits Philly to address opioid crisis in Kensington
Philadelphia Zoo now vaccinating animals against COVID
SpaceX launches 4 amateurs on private Earth-circling trip
More TOP STORIES News