Joel Embiid is back to make everything work for the Sixers 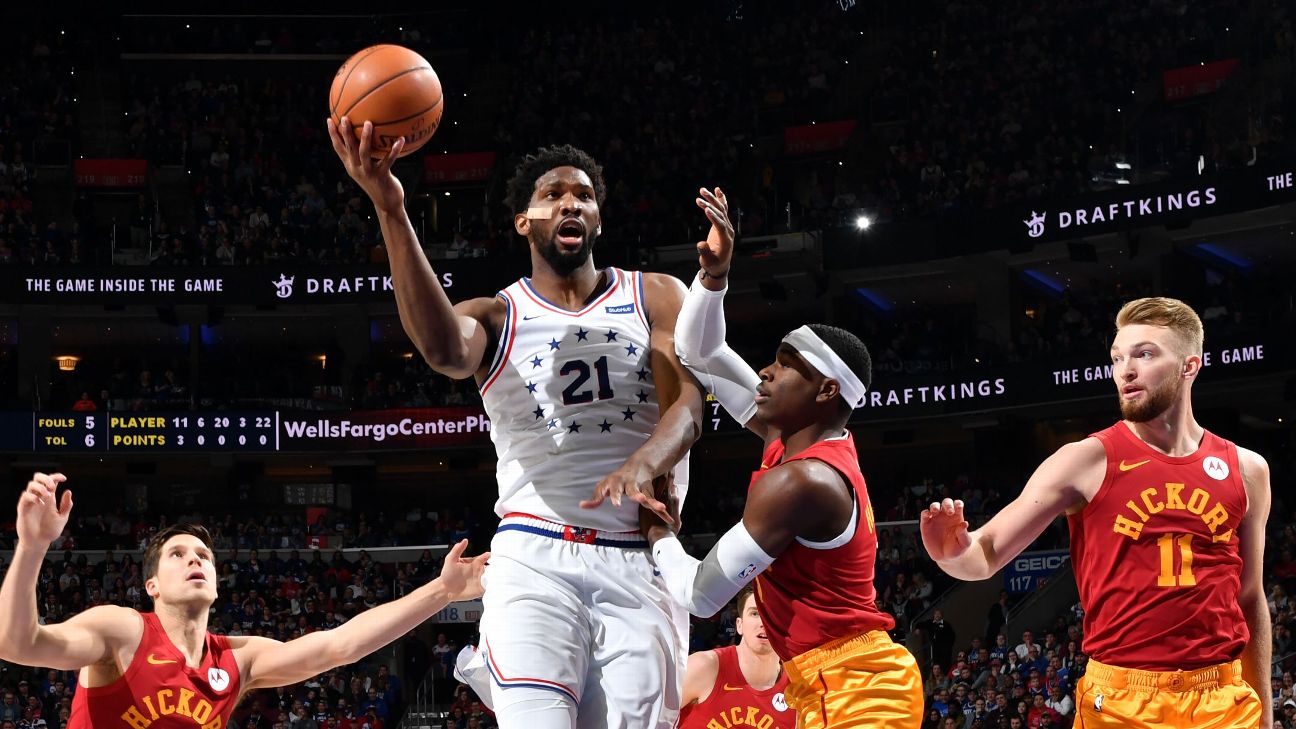 ESPN
By Malika Andrews
PHILADELPHIA -- As the Philadelphia 76ers have navigated major roster turnover and accelerated playoff goals, coach Brett Brown has returned to his mantra: "It all comes down to how the plane lands on April 15."

The health of Joel Embiid will dictate what Philadelphia's playoff path will be.

Less ubiquitous than "all is well that ends well," Brown has used this saying as an anchor. The ups and downs of individual regular-season games are trivial, the saying goes, so long as the Sixers are a healthy, well-oiled machine come the postseason.

"You're going to hear this a lot," Brown said. "It's all about landing the plane. Healthy, spirit, me figuring out the best way to substitute, the group playing for each other. It is still and always will be about a team. I mean this sincerely: That rules my world."

The Sixers have had their fair share of trials over the course of the season. Brown has worked to integrate fiery Jimmy Butler and sharpshooter Tobias Harris--both new to the team this season -- into Philadelphia's system. The team just had to fight through eight games without their dominant and emotional franchise center in Embiid, who was sidelined with a sore left knee.

The Sixers looked one step closer to playoff form on Sunday afternoon. Embiid returned for his first game since the All-Star break and the Sixers defeated the Indiana Pacers 106-89. The 76ers moved into third place in the Eastern Conference with the win over the Pacers, who dropped to fourth place.

Philadelphia now has 15 regular-season games remaining the get fully healthy, iron out their chemistry kinks and find a rhythm.

"There is enough time, I believe, to figure out proper rotations and how to integrate Joel back into this mix," Brown said. "There are many pieces that equal we are ready to go play in the NBA playoffs. And right now we are cramming."

Before Sunday's game, Brown said he expected to play Embiid in four-minute spurts because the big man's conditioning level was a "C". In the first half, Embiid was on the floor for short stints, but as the game went on and Embiid found his footing, Brown left him in for longer and longer stretches.

In the end, Embiid played nearly 28 minutes and put up 33 points and 12 rebounds.

"It felt good," Embiid said. "A little bit rusty. As the game kept going, I just kept getting better."

Still, there is more work to be done.

The Sixers relied on heavy minutes from their starters against the Pacers. While Philadelphia was dominant in the final quarter, the Pacers had a more balanced offensive performance. The Pacers' bench outscored the Sixers' bench 37-21.

Philadelphia also will be looking to spark JJ Redick, who has struggled offensively since the All-Star break. Redick, who the Sixers rely on to space the floor with his 3-point shooting, finished 3-of-6 from deep on Sunday. It was just the second time since the break that he shot 50 percent or better from the 3 line. In Wells Fargo Center, the crowd seemed to inflate every time Redick was poised to shoot from 3 and explode every time the shot went in.

Redick's slump has coincided with Embiid's absence. Entering Sunday's contest, Redick had shot 41 percent from the 3 arc with Embiid on the court and just 29 percent when Embiid was out.

"I think JJ will welcome Joel back as warmly as any of us," Brown said. "If you say, 'Why do they pair up better?' I feel like Joel has become an effective screen setter. They've learned how to time things. I do feel like Joel coming back, JJ will be thrilled about that."

On the health front, Boban Marjanovic remains out with a knee injury, although Brown said he is getting "closer" to returning. Butler was experiencing foot pain late in Sunday's game and didn't play the final four minutes. Embiid and Brown will confer with the Sixers' medical staff to evaluate how Embiid's minutes will be managed for the remainder of the regular season. Embiid said it is not out of the question for him to sit out more games to ensure that he is fresh come playoff time.

"It is all about load management," Embiid said. "I wouldn't say it is 100 percent, because as an NBA player, you basically can never be 100 percent. Everything is basically sore. You just have to push through it depending on the pain."

Brown said he can feel that the team senses "it is getting to be go time." Before every game now, Brown projects a number onto the locker room video screen. On Sunday, the number was 16. Next game, it will be 15.

"We are on the clock," Brown said. "I think that the sense of urgency and awareness of [the level] we are getting close to having to perform at is real for these players." 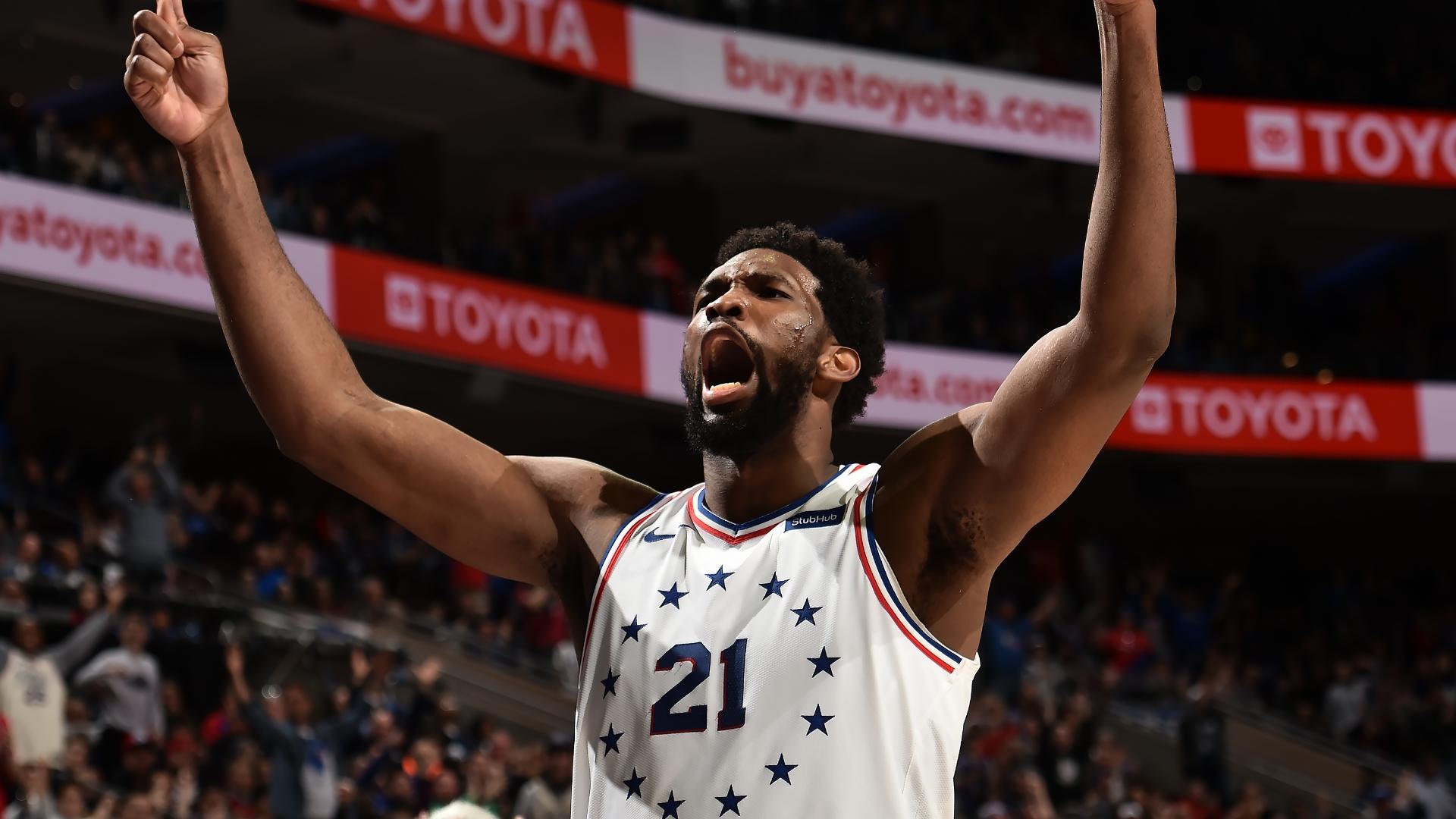 Embiid drops 33 points to lead 76ers past Pacers
Joel Embiid puts up 33 points and 12 rebounds in his first game back from tendinitis as the 76ers take it to the Pacers 106-89 Sunday afternoon. 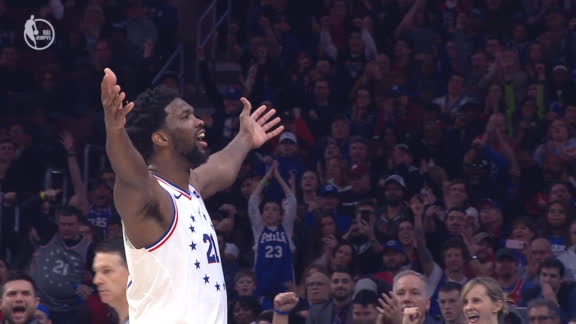