Kyle Busch to return for Sprint All-Star Race at Charlotte 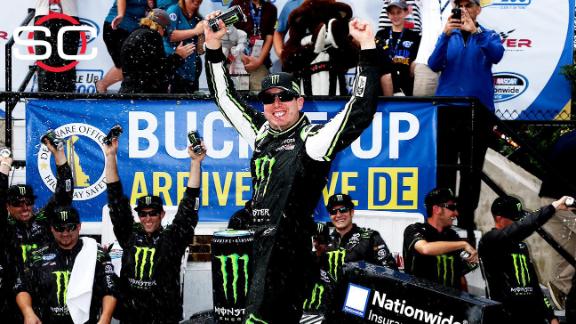 Joe Gibbs Racing driver Kyle Busch, sidelined since the start of the season with a broken right leg and broken left foot, will return for the Sprint All-Star Race this weekend at Charlotte Motor Speedway.

Busch suffered the injuries in a Feb. 21 accident at Daytona International Speedway, where his Xfinity Series car slammed into a concrete wall on the inside of the track heading into Turn 1. He has missed the first 11 races of the season.

With a rod in his right leg and plates and screws in his left foot, Busch has tested his late model stock car twice in the past two weeks. NASCAR rules forbid him from testing a NASCAR stock car except for its official open test dates that are scattered throughout the season.

The 90-minute practice session Friday and 110-lap All-Star Race on Saturday night will give Busch an opportunity to see how he feels prior to NASCAR's longest race -- 400 laps, 600 miles -- May 24 at Charlotte. No matter when he would return over the next month, Busch would face a challenge because he brakes with his left foot and all of the upcoming races will require a significant amount of braking.

NASCAR has not announced whether Busch would be eligible for a waiver to have missed 11 races and remain eligible for the Chase for the Sprint Cup. Even with a win, unless NASCAR also waives the top-30 rule, he would have 15 races to get into the top 30 to be eligible for the Chase; Tony Stewart currently sits in 30th with 179 points. With the possibility that Stewart could break out of his slump, Busch likely would have to average around a 14th-place finish over the next 15 events to have a decent shot of finishing in the top 30. Last year, Busch averaged a 17th-place finish.

Matt Crafton replaced Busch for the Daytona 500, and David Ragan then took over the seat for the next nine events. JGR development driver Erik Jones drove the No. 18 car last week at Kansas.