Lawyers for Pete Rose drop a contention of lawsuit vs. John Dowd 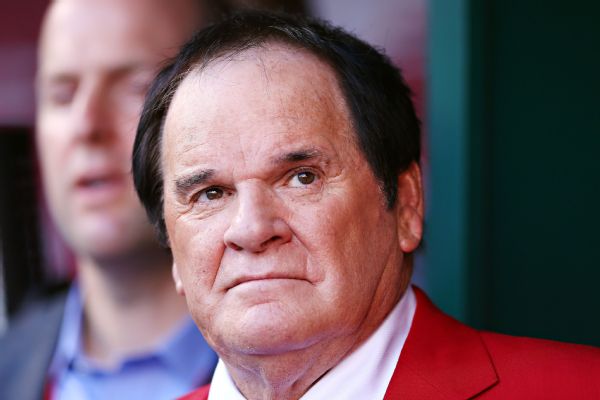 An attorney for Pete Rose in his defamation lawsuit against John Dowd confirmed to ESPN's Outside the Lines on Wednesday that they are dropping a contention that Dowd's 2015 allegation of statutory rape resulted in two companies declining to extend endorsement deals with Rose.

Rose's suit asserted he lost more than $300,000 after the footwear company Skechers and the now-defunct drug company Ducere Pharma stopped using him two years ago. According to a Tuesday court filing obtained by Outside the Lines, executives from both companies denied any connection between Dowd's accusation and their decisions on Rose.

Dowd, who led Major League Baseball's 1989 investigation of Rose for gambling, said in a Pennsylvania radio interview two years ago that Michael Bertolini, Rose's former associate, "told us that not only did he run bets, but he ran young girls for him down in spring training, ages 12 to 14." Dowd added, "Isn't that lovely? So that's statutory rape every time you do that."

Rose and Bertolini issued denials in 2015, and then Rose initiated the suit against Dowd last year in U.S. District Court in Eastern Pennsylvania, seeking unspecified damages.

Joseph Johnson, a lawyer for Rose, told OTL that discontinuing the claim regarding the two companies "doesn't change the case at all." He said a jury is entitled to look at the damage to Rose's reputation caused by Dowd's allegation, which the suit labeled "false and malicious."

Dowd's defense, as reported by OTL on July 31, filed an unidentified woman's sworn statement that Rose had a sexual relationship with her in the 1970s that began before she turned 16. A Rose response acknowledged the relationship but said he believed it began in 1975, when she was 16. He turned 34 that April and was married with two children.

Since the allegation by "Jane Doe" and Rose's acknowledgment of their relationship became public, the Philadelphia Phillies canceled plans to honor Roseand Fox Sports replaced him on its postseason broadcast team.

"What Jane Doe said doesn't have any impact on the [defamation] case whatsoever," Johnson said. "We believe the proof at trial will show her to be a liar, and that it was a legal, consensual relationship."

Because of Ohio's statute of limitations, the Jane Doe account does not raise the prospect of a criminal charge for Rose. He said their sexual relationship was confined to Ohio, while she said they also had sex outside of Ohio when she was 16 or younger, but she didn't specify the states. In Florida and some other states, the legal age of consent is 18.

Rose, baseball's all-time hits leader, was banned from baseball for life in 1989 after the investigation by Dowd, then MLB's special counsel, concluded Rose had bet on games while managing the Cincinnati Reds. Commissioner Rob Manfred rejected his bid for reinstatement in December 2015. A year later, the Hall of Fame denied Rose's appeal of its rule that players on MLB's ineligible list are also ineligible for Hall election.