Michael Bennett to plead not guilty if case reaches trial 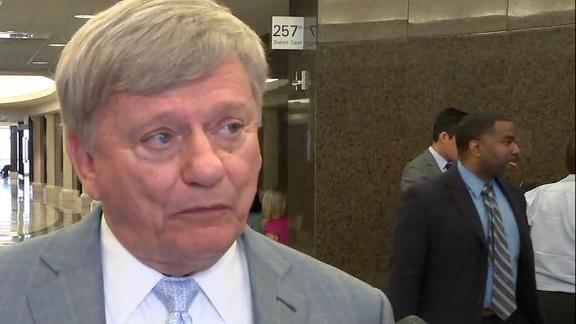 The attorney for Philadelphia Eagles defensive end Michael Bennett said his client will enter a not guilty plea if hisfelony case on a charge of injury to the elderly goes to trial.

"The only two possible outcomes for this case is the DA's office [saying] they don't have a case and dismissing, or a trial -- one or the other," attorney Rusty Hardin told ESPN. "If and whenever they ask for a plea, it will be not guilty."

Bennett's next court appearance in Harris County, Texas, is set for April 23, court documents show. Hardin does not expect a plea request on that date; the first setting is mostly an opportunity for Hardin and the district attorney's office to exchange information.

Bennett posted $10,000 bond Monday after a grand jury indicted him over an incident at NRG Stadium following Super Bowl LI.

According to Hardin, no travel restrictions were put in place during the bond hearing Monday, meaning Bennett is free to travel -- whether that be to Philadelphia for work or otherwise -- so long as he makes his court appearances. As for the possibility of conflicts with the Eagles' schedule, Hardin said they will request a different court date should such a situation arise to try to avoid any absences.

A warrant was issued for Bennett's arrest on March 23 after a grand jury indicted him on the felony charge of injury to the elderly. A release from the district attorney's office states that Bennett was a spectator in Houston to watch his brother, Martellus, then a tight end for the New England Patriots, play in the Super Bowl on Feb. 5, 2017. After the game, Michael Bennett allegedly shoved his way onto the field, according to the district attorney's office. NRG security personnel, including a 66-year-old paraplegic woman, told Bennett he had to use a different entrance for field access, but the defensive end allegedly pushed through them, including the woman.

According to Houston Police Chief Art Acevedo, Bennett allegedly told the people he had pushed, "You all must know who I am, and I can own this m-----f-----. I'm going down to the field, whether you like it or not." The woman suffered a sprained shoulder, according to Acevedo.

Hardin said he believes that Bennett is innocent.

"I just don't think he did it," Hardin said. "He certainly didn't do anything intentionally, or negligibly or recklessly push or hurt her. Now, did something else happen to her from somebody else? I just don't know.

"I think the bigger issue is there were a bunch of people going through that door, anywhere from 20 to 35 people rushing to go down on the field to see their loved ones and celebrate with them. He and his family were with a group of other Patriot family members, and when the game was over, these different families all went to the floor.

"... I just know that this guy would never intentionally or knowingly push her or do anything to somebody in a wheelchair. That just didn't happen."

The charge of injury to the elderly includes intentionally and knowingly causing bodily injury to a person 65 years or older and carries a penalty of up to 10 years in prison and a $10,000 fine. 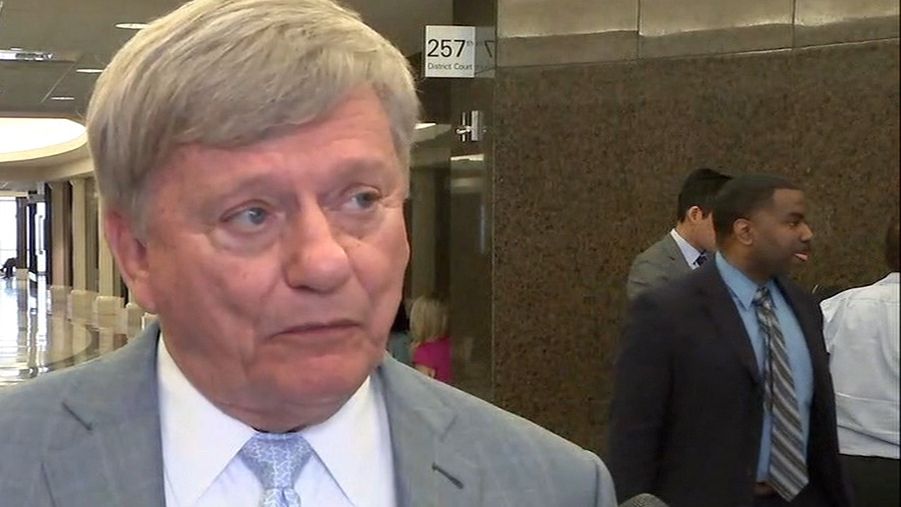