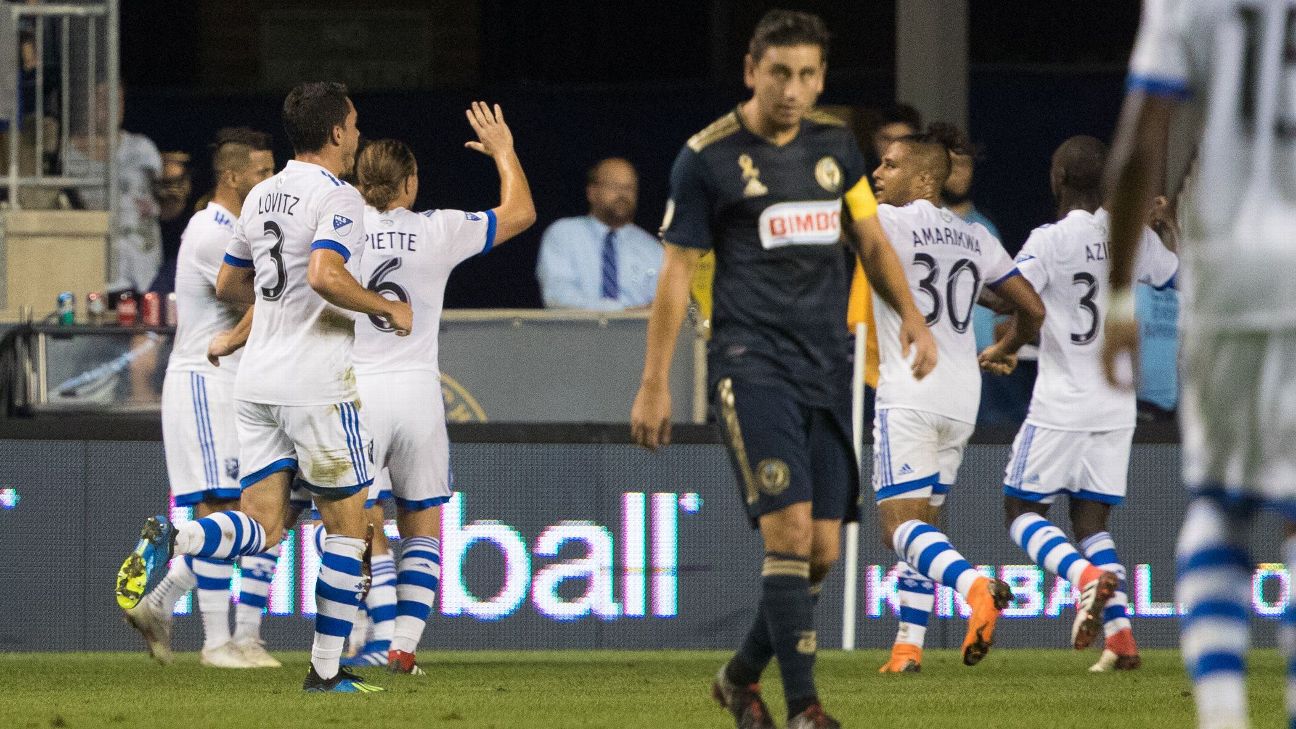 Ignacio Piatti added a pair of assists for the Impact.

Montreal earned just its third road win of the season and also registered its first win when the opposition scores first. It had been 0-12-1 heading into this game.

Auston Trusty scored for the Union, who had their five-game unbeaten streak snapped. The Union had been 4-0-1 over their last five games.

In the 11th minute, the Union played a corner kick short, and Borek Dockal sent a cross in the box, and Trusty headed it into the goal for his first career goal. Dockal registered his league-leading 15th assist. Dockal's 15th assist also tied a Union record for assists in a season originally set by Cristian Maidana in 2015.

Silva tied the game at 1 in the 28th minute when the Impact countered quickly. Piatti dribbled down the middle and sent a crisp pass to Silva, who easily sent the ball into the back of the net for his third goal.

The Impact took a 2-1 advantage in the 39th minute when the ball ricocheted off Union goalkeeper Andre Blake and Taider capitalized on the rebound.

Philadelphia's Fafa Picault hit a strike from about 20 yards out but it was stopped by Impact goalkeeper Evan Bush in the 53rd minute.

Amarikwa pushed the Montreal lead to 3-1 in the 63rd minute when he slid into the box and deflected a shot past Blake. Daniel Lovitz was credited with the assist for the centering pass to Amarikwa.