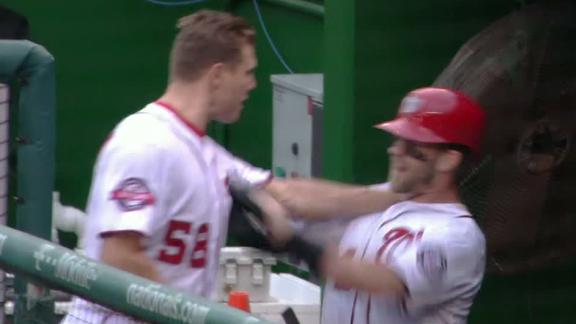 A Washington Nationals season that began with World Series aspirations reached a new low Sunday afternoon, as Bryce Harper and Jonathan Papelbon got into a physical altercation in the team dugout.

After Harper flied out in the eighth inning Sunday, he and Papelbon exchanged words when the NL MVP front-runner got back to the dugout.

Papelbon then reached for Harper's throat with his left hand and shoved the outfielder back toward the bench with both arms. Teammates then pulled the pair apart.

Papelbon entered the game against his old team, the Philadelphia Phillies, in the top of the eighth inning.

In the ninth, Papelbon gave up Andres Blanco's two-run, go-ahead homer as the Phillies scored eight times en route to a 12-5 win.

Papelbon (4-3) then loaded the bases, hitting Odubel Herrera with his final pitch, before being removed by manager Matt Williams -- and leaving the mound to a chorus of boos from the Nationals Park crowd.

Harper did not go out to his position in right field for the ninth and was replaced in the lineup.

After the game, a much more subdued Papelbon said he and Harper had talked things out.

"It's squashed and it's good, we've moved on," Papelbon said.

"He apologized, so whatever," Harper said. "I really don't care. ... It's like brothers fighting. That's what happens."

Williams described it as a "family issue" within the Nats, but conceded it wasn't a great moment for the players or the organization.

"It's no fun when stuff like this happens, but it does happen, and you must deal with it, and that is what we do," Williams said.

When asked if he'd ever fought a teammate before, Harper quipped, "I'm used to fighting the other team."

It has been a tumultuous week for Papelbon. On Wednesday he plunked Baltimore star Manny Machado and was given a three-game suspension by Major League Baseball. Papelbon appealed, allowing him to continue playing. Following that game, Harper said he expected to be plunked by the Orioles in retaliation, though that never came to be.

Washington was eliminated from postseason contention Saturday and has lost five of its past six games.

Papelbon, Harper fight in dugout
Jonathan Papelbon and Bryce Harper get into a physical altercation in the Nationals' dugout after Harper flew out in the eighth inning.

Papelbon, Harper moving on from altercation
Nationals P Jonathan Papelbon and RF Bryce Harper react to their scuffle in the dugout during the eighth inning of their 12-5 loss to the Phillies. 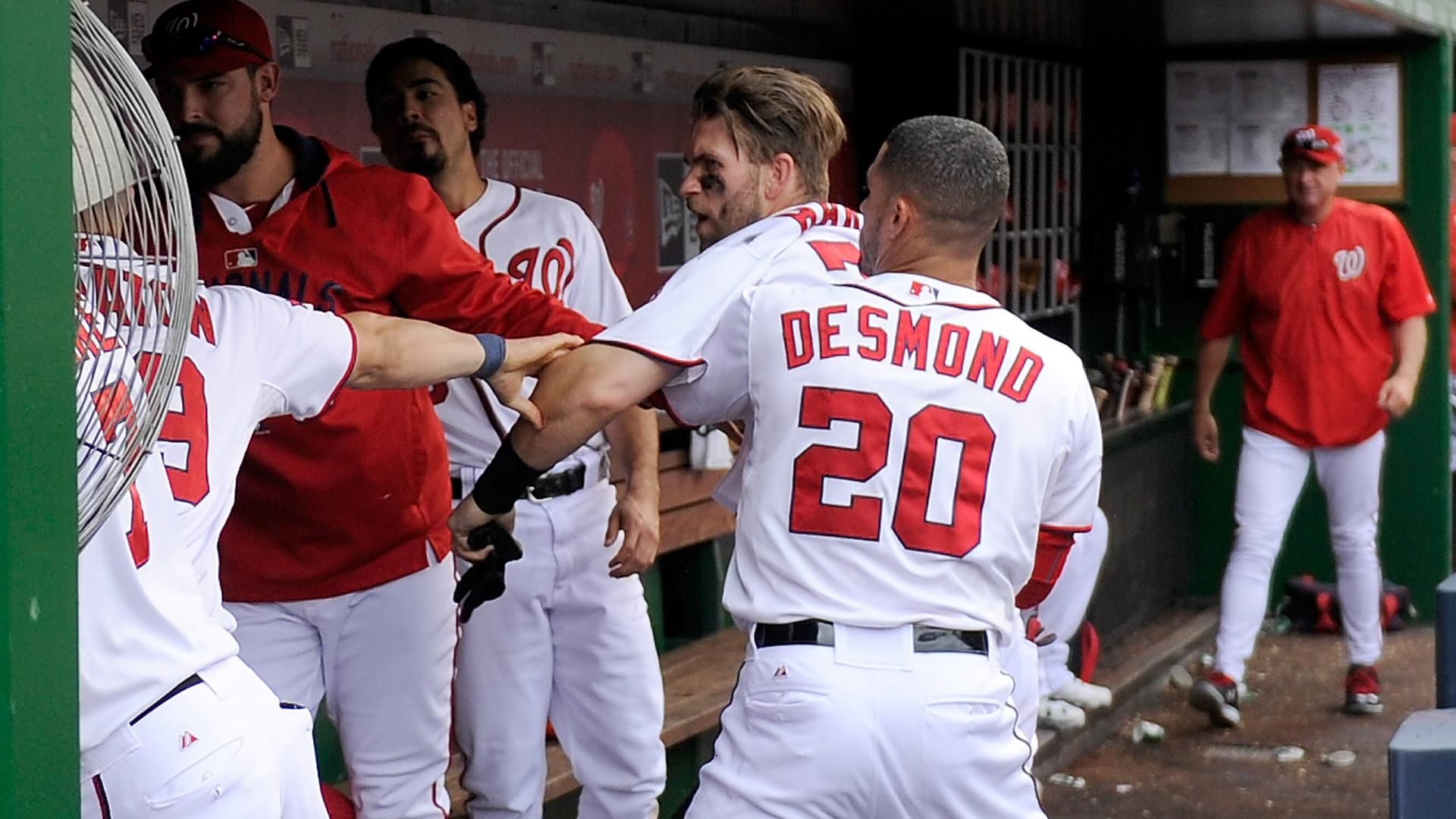