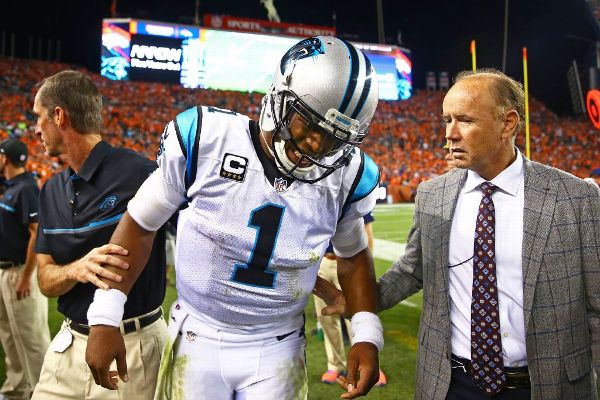 CHARLOTTE, N.C. -- Independent investigations by the NFL and NFLPA concluded the Carolina Panthers followed the concussion protocol after quarterback Cam Newton took a hit to the helmet in the fourth quarter of the Sept. 8 opener at Denver.

Both sides released the findings of their investigations in a joint statement Wednesday.

The NFL and NFLPA also determined the protocol was followed properly in a Sept. 15 game between Buffalo and the New York Jets in which Bills quarterback Tyrod Taylor took a big hit and was cleared to return after missing just two plays.

Had the league found the Panthers and Bills violated the protocol, the organizations could have lost draft picks and been subject to fines.

Denver safety Darian Stewart delivered a helmet-to-helmet blow to Newton on Carolina's final drive with 36 seconds to play in the opener. It was the fourth such hit Newton had taken in the game.

Stewart's hit put Newton face-down on the turf, obviously shaken. Tight end Greg Olsen and several teammates rushed over to check on the NFL MVP, who stayed down longer than normal while officials huddled to sort out offsetting penalties.

During the delay, Carolina trainer Ryan Vermillion came onto the field to check out Newton. Newton eventually got up slowly and made his way to the middle of the field, but he never was removed from the game.

One of the symptoms officials look for when trying to determine whether a concussion occurred is the player being slow to get up.