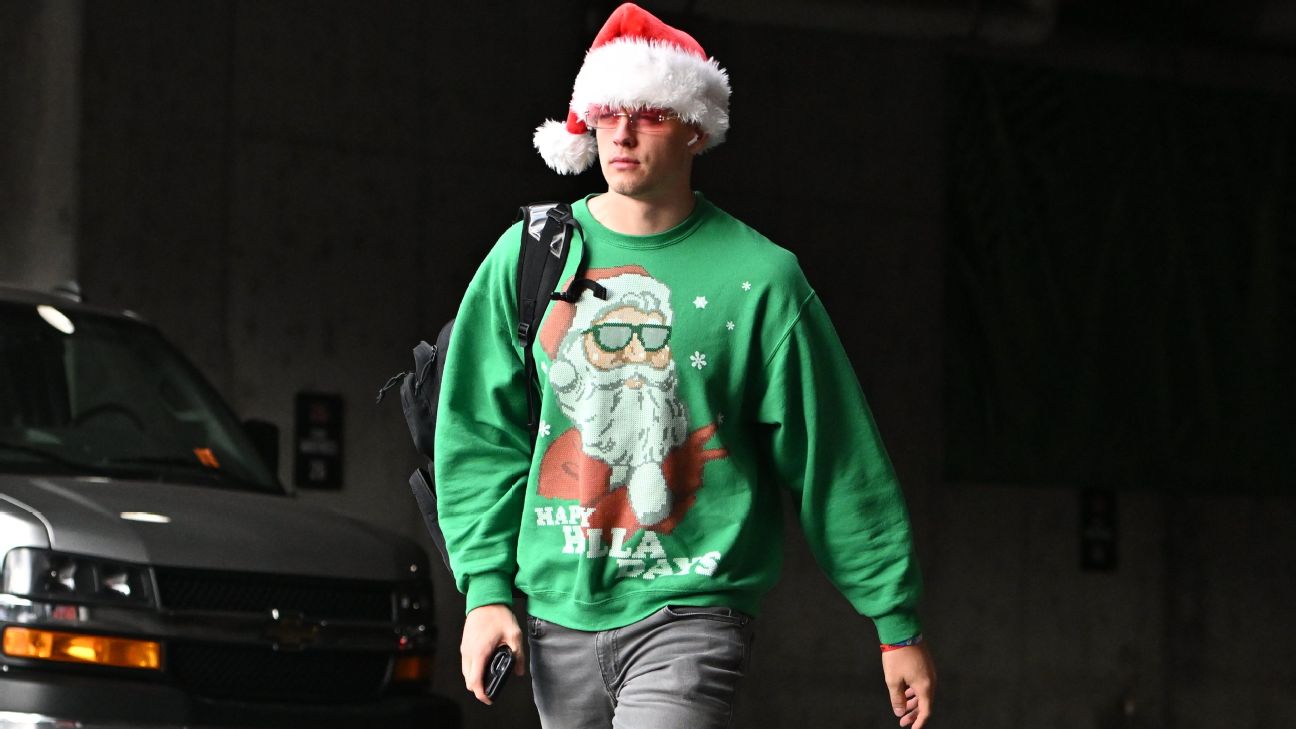 If you are feeling festive, we don't blame you! The holiday season is in full swing -- we were already gifted two great NFL games on Christmas Day -- and the playoffs are just around the corner.

Despite some game delays due to the coronavirus pandemic, 24 teams play Sunday. After this week's action, there are just two more weeks left to the 2021 NFL regular season, and many games will have playoff implications.


Which AFC team will assert itself? Each AFC division is still up for grabs, as are all of the wild-card spots. Can the Dallas Cowboys' offense get back on track against the Washington Football Team and clinch the NFC East with a win? Can the Tampa Bay Buccaneers put injuries aside and lock up a playoff berth with a win on the road against the struggling Carolina Panthers?

One thing is certain: Players are dressed and ready for the occasion. Let's see the outfits giving us as much excitement as the Week 16 games.

Even at 7-7, the Philadelphia Eagles can still make the playoffs, but a win over the New York Giants on Sunday is critical. Quarterback Jalen Hurts is rocking the jersey of Eagles great Randall Cunningham, hoping it gives his team an extra push.

When in doubt, throw on a holiday sweater. Cincinnati Bengals quarterback Joe Burrow is feeling festive ahead of his team's big matchup against the Baltimore Ravens, which very well could decide the AFC North title. Burrow's teammate C.J. Uzomah also got the holiday attire memo.

And it may not be a festive top, but A'Shawn Robinson's Kobe 6 "Grinch" colorways certainly count.

Carolina Panthers safety Jeremy Chinn has been wearing the jerseys and gear of North Carolina and South Carolina sports icons all season for home games. So it's no surprise that Chinn pulled out the jersey for former Panthers wide receiver Steve Smith Sr. for the team's home finale.

At the end of the day, a nicely tailored suit is always the way to go. These guys know what's up. 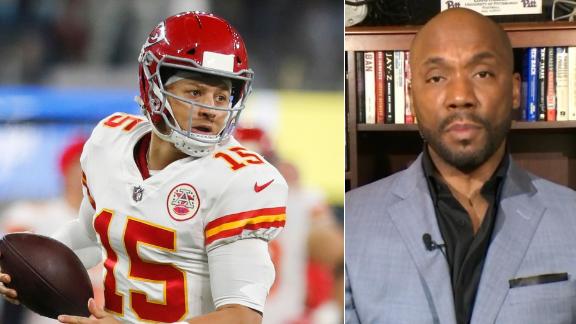