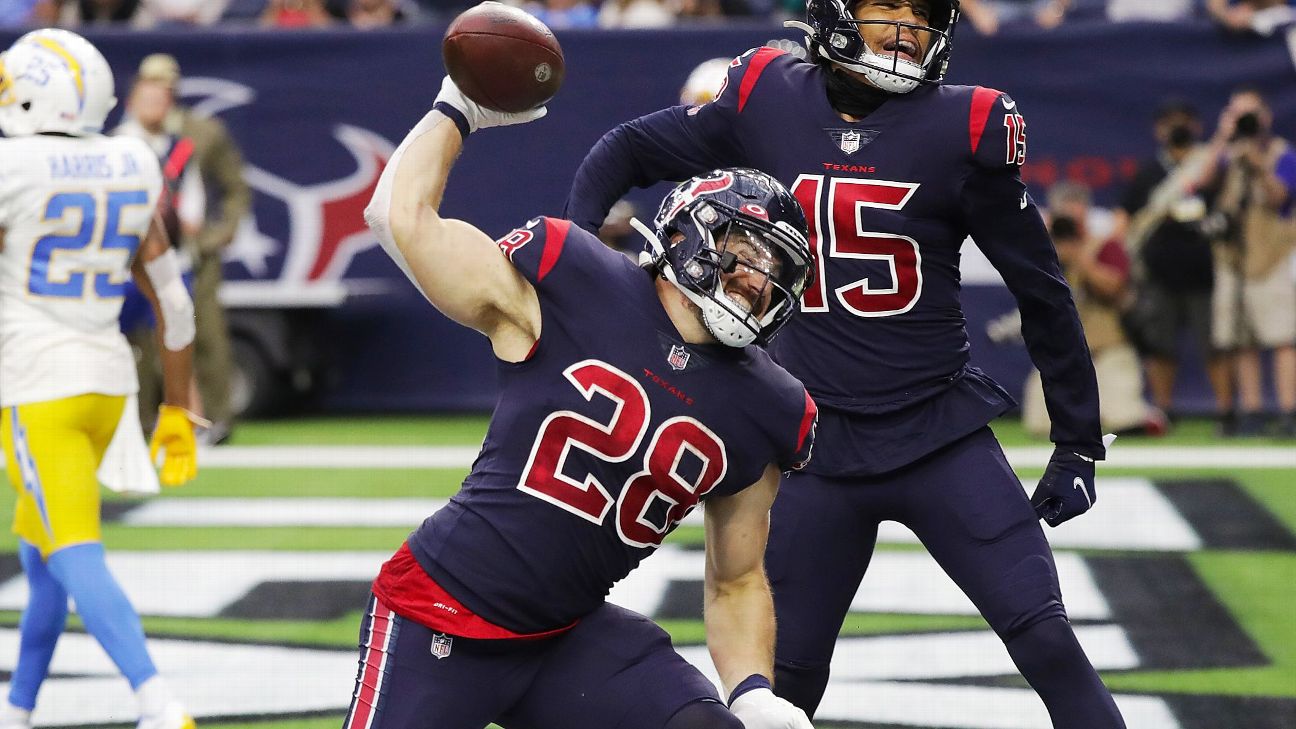 For most fantasy managers, it's championship weekend.

You've made it this far, and that's no small feat. You've negotiated a draft that probably took way too long, injuries, trades, bad game-day decisions and the dreaded COVID-19 list.


It all comes down to this. If you're lucky, your lineup isn't in need of major changes. You're not scrambling to fill multiple spots. But maybe there is a move or two that will win you your league and the prize that comes with it, whatever that might be.

With last-minute moves in mind, fantasy sports researcher Kyle Soppe has one final set of questions for select reporters who cover teams on which a player or two could make the big difference, be it a running back in Houston or New England, or a receiver in Buffalo or Philadelphia, or the entire passing game of the Rams. And our reporters have done their best to provide quality, up-to-the-minute answers.

Best of luck in your championship games:

Rough game for Russell Gage after a month of solid production: blip on the radar, or a Week 17 fade?

Tough to say. The frustration with Atlanta's offense for fantasy players is the Falcons will game plan to find weaknesses, and each week that's a different spot. But Gage hasn't had back-to-back weeks of poor performance since Weeks 1 and 2 this season, so perhaps consider it more of a blip in Week 16 against Detroit. However, the Falcons will be going to Buffalo, where it has the potential to be cold and snowy, which could mean a run-heavy game plan. So keep that in mind when you're thinking about Gage this week. -- Michael Rothstein

Marquise Brown's depth of target has fallen off a cliff, hurting his fantasy value in the process. Is that by design, or does he still carry the game-breaking upside that we continue to chase?

Some of this depends on whether Lamar Jackson (ankle injury) returns at quarterback. In his first 11 games of the season, Brown made eight receptions on vertical routes. With Jackson out for most of the past three weeks, Brown has no catches on vertical routes. Jackson has the strongest arm on the team, and he pushes the ball downfield more than any of Baltimore's quarterbacks. So, Brown's big-play ability is tied to Jackson. -- Jamison Hensley

Should we at least be rostering Isaiah McKenzie for his Week 16 involvement given the COVID-19 issues in Buffalo's WR room? Is his Week 16 repeatable should the Bills be shorthanded again in Week 17?

Sure, but there's no guarantees McKenzie sees anywhere near the production he had last week vs. the Patriots. With the new COVID-19 protocols, receivers Cole Beasley and Gabriel Davis are back on the active roster and set to play Sunday. Specifically when it comes to McKenzie, it will be interesting to see how the Bills split up the snaps at slot receiver, a position that Beasley has occupied throughout the season, although McKenzie's speed provides a different skill set than what Beasley's role is on the field. McKenzie's numbers in New England were above and beyond his previous career highs, and it's unlikely that he puts up those numbers again this week. Given his performance, he should have more opportunities in the slot, which would decrease Beasley's playing time. -- Alaina Getzenberg

With Sam Darnold heading this offense, is there a single Panther we should even consider for lineups in Week 17?


No. Nada. Not at all. In Darnold's past three starts before going on injured reserve the offense scored one touchdown. He threw for 190 yards after replacing Cam Newton last week against Tampa Bay and didn't put any points on the board. Running back Chuba Hubbard has done little since Christian McCaffrey went on IR for the second time this season. Wide receivers DJ Moore and Robby Anderson have produced little. So to follow up with the initial no, absolutely not. -- David Newton

Either, neither or both when it comes to your comfort starting Packers backs over the final two weeks of the regular season?

Probably neither, and not because they're not capable. It's just that from one game to the next, it's hard to tell whether Aaron Jones or AJ Dillon is going to be the primary back. Lately, it has been a relatively even split when it comes to snap counts. Jones played 33 and Dillon 26 against the Browns. Two weeks before that, it was Dillon with 35 and Jones 28 against the Bears. -- Rob Demovsky

Can we bank on volume from Rex Burkhead as Houston plays out the string?

Don't expect another two touchdowns from Burkhead like he had in Week 16, but he should get the volume. RB David Johnson is on the COVID-19 list, and even if he tests out and can play against the 49ers on Sunday, offensive coordinator Tim Kelly has shown of late that Burkhead is Houston's RB1. -- Sarah Barshop

Will Justin Jackson's big day result in a change in touch distribution when Austin Ekeler returns?

Absolutely not. Ekeler as a runner and a receiver can't be replicated by anyone. The only thing that stopped him was COVID-19, and he said he had pretty severe symptoms. But he will be back this week and says that he'll be better than ever. Jackson had a decent day, but he is no Austin Ekeler. -- Shelley Smith

It's a one-week season for most fantasy managers now. Anything to read into the Week 16 dud performance from this passing game?

No. It was a bad game for Matthew Stafford, who had three passes intercepted, which meant the Rams had to rely on the run game to pull through. But if you noticed, that didn't mean Sean McVay by any means gave up on calling pass plays, so don't expect them to shy away from calling for Stafford to continue to throw, and watch for the 13th-year QB to bounce back from a shaky performance. -- Lindsey Thiry

With the big Week 16, is this now Damien Harris' backfield, or should we expect balance withRhamondre Stevenson back?

The expectation would be a combination with Stevenson. The fourth-round pick from Oklahoma has been impressive and would still be part of a 1-2 punch with Harris if not for landing on the reserve/COVID-19 list. The Patriots had "passing back" Brandon Bolden (34) and Harris (31) split all the snaps last week, with no work for J.J. Taylor. The Patriots know that is likely unsustainable, which is why Stevenson projects to be back to his "1B" type of role to Harris' "1A" in the traditional RB spot. -- Mike Reiss

Too little, too late to trust DeVonta Smith, or was Week 16 enough to sell you on him as viable this weekend in Washington?

It really depends on your options. He's averaging six targets per game, and as we've seen, he's a gifted receiver capable of putting up big numbers. But, like most rookie receivers, his stats fluctuate from week to week, and he's operating in a run-heavy offense. Smith is usually good for a handful of catches a game. Whether he bolsters his production by finding the end zone is a flip of the coin. -- Tim McManus

Should we consider "SF starting RB" a lock for fantasy lineups in Week 17?

Yes. This is a favorable matchup against a Houston defense that is 27th in the league in yards per rush allowed and tied for 30th in rushing yards allowed. Elijah Mitchell is closer to a return from his knee issue, and Jeff Wilson Jr. has been rounding into form. Given Mitchell's uncertain status the past few weeks, don't be surprised if the workload is split more evenly than before Mitchell's knee problem. Still, this is a good game for the Niners to reestablish their run-first philosophy and run right at the Texans in a must-have game for the NFC playoff chase. -- Nick Wagoner

Maybe not to the extent of Week 16, but do you anticipate Antonio Brown dominating the targets with Chris Godwin and Mike Evans sidelined?

Yes. He's by far Tom Brady's most experienced receiving option and versatile route runner right now, and he has some incentives he can still reach: 50 receptions, 800 receiving yards and seven touchdowns. Brady loves it when he can get guys those opportunities. Brown can get $333,333 for each incentive. -- Jenna Laine 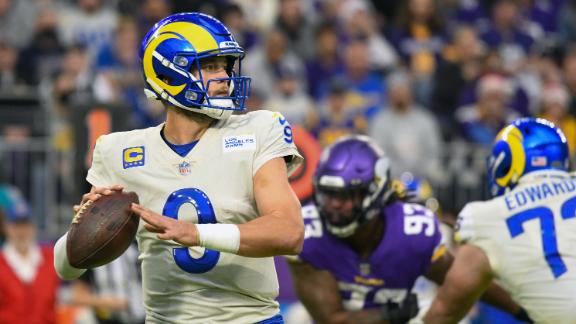 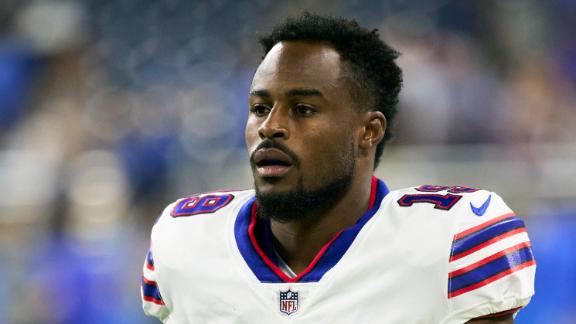 Clay: Isaiah McKenzie not startable with Beasley, Davis returning
Mike Clay will be moving Isaiah McKenzie down in his rankings after Cole Beasley and Gabriel Davis were activated off the reserve/COVID-19 list. 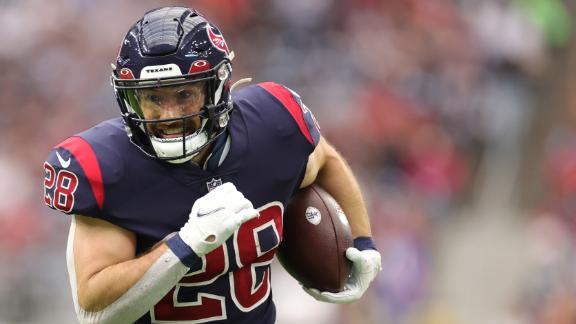 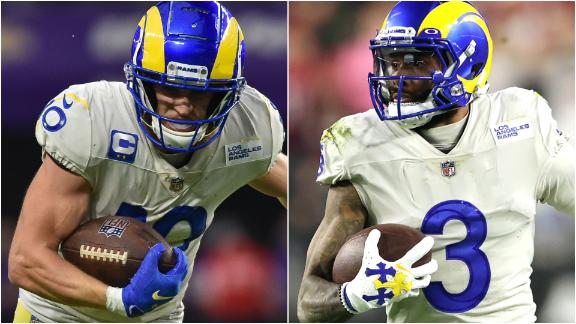 OBJ, Kupp, and Jefferson will have big performances facing Ravens
Field Yates and Mike Clay discuss how the Rams can take advantage of Ravens injuries on Sunday. 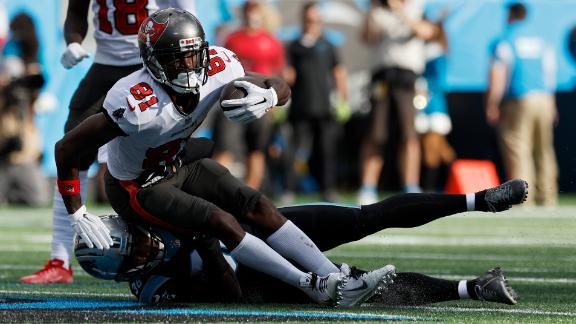