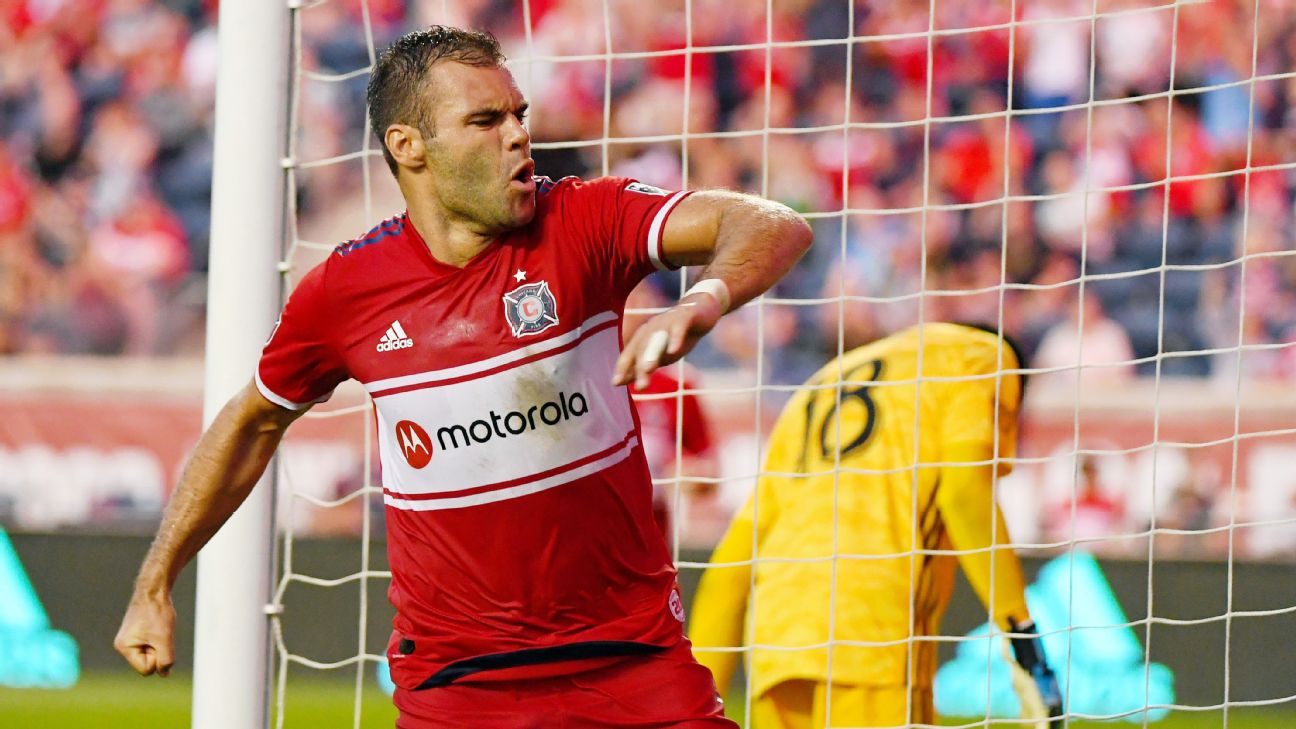 Nemanja Nikolic scored both goals to lead the Chicago Fire to a 2-0 victory over the Philadelphia Union on Saturday night at Bridgeview, Ill.

The red-hot Nikolic scored goals in the 38th and 45th minutes. He has tallied at least once in four straight games and has five during the stretch to raise his season count to 11.

Forward Przemyslaw Frankowski set up the first goal for the Fire (8-11-9, 33 points). Goalkeeper Kenneth Kronholm made four saves for his third shutout of the year, helping Chicago improve to 3-1-1 over its past five matches.

- Moreno insists that MLS has to live with Zlatan's criticism

The Fire played the second half with 10 men after midfielder Nicolas Gaitan drew a red card for a hard foul during first-half stoppage time.

Philadelphia (13-8-6, 45 points) had an 18-5 edge in shots while missing an opportunity to expand a three-point lead atop the Eastern Conference standings. Both teams put three shots on target.

He scored No. 49 when Frankowski sent in a pass from the right wing. Nikolic received the ball close to the net and chipped it over Union goalkeeper Andre Blake.

The second goal was set up when forward CJ Sapong was fouled in the penalty area by Philadelphia defender Aurelien Collin. Nikolic took the penalty kick and sent the ball into the left corner of the net as Blake headed in the other direction.

Philadelphia picked up the pace in the second half but wasn't able to take advantage of opportunities.

Midfielder Alejandro Bedoya sent a right-footer just wide left in the 60th minute. Collin booted a close-range right-footer high over the net in the 65th minute. Midfielder Haris Medunjanin's shot in the 70th minute caromed off the chest of Fire defender Johan Kappelhof, and the change of direction forced Kronholm to make a diving save to prevent the ball from rolling into the net.

Forward Kacper Przybylko was wide left with a left-footed shot in the 86th minute, and Kronholm made a close-range save on defender Jack Elliott's header in the fourth minute of second-half stoppage time. 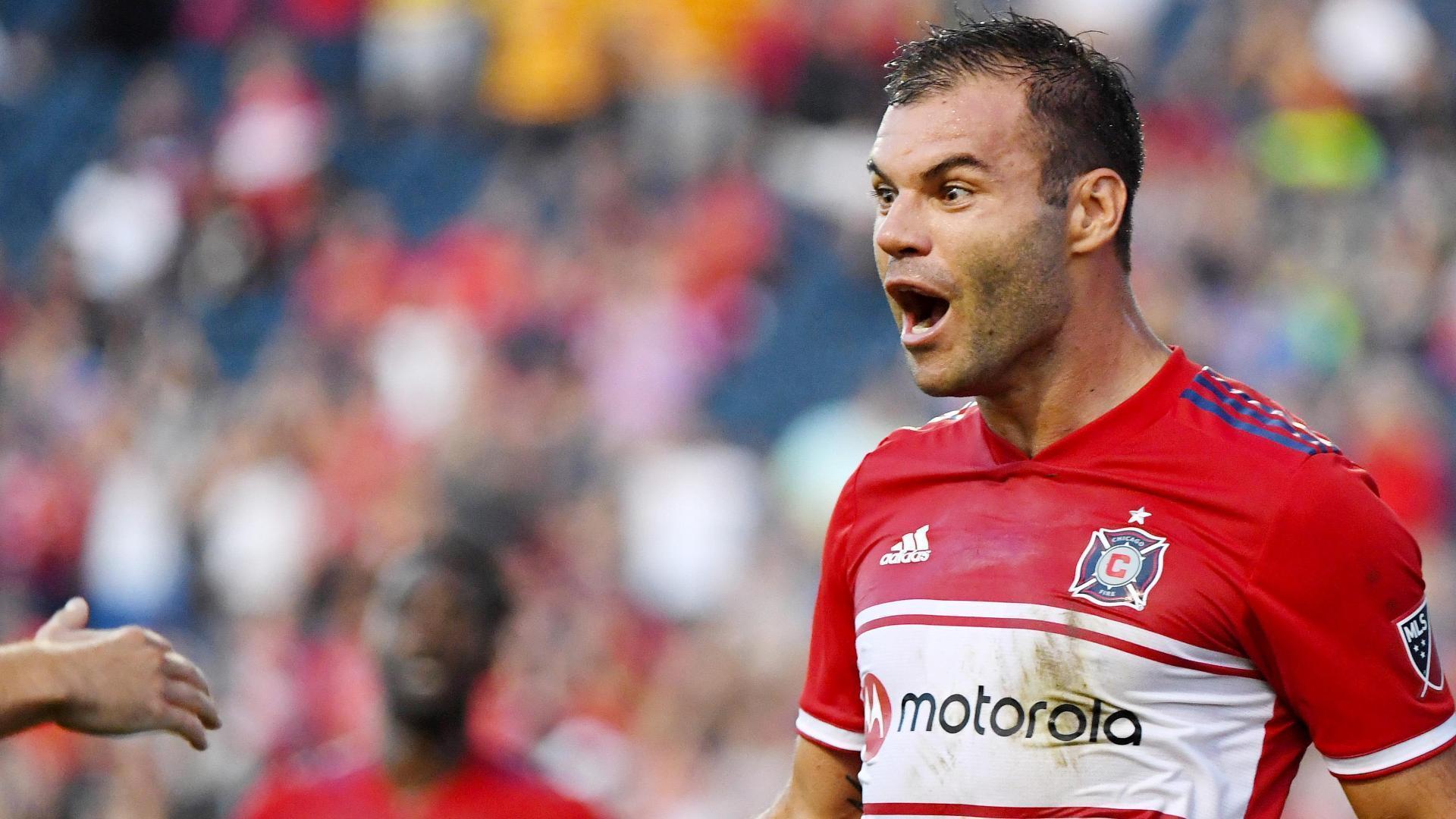 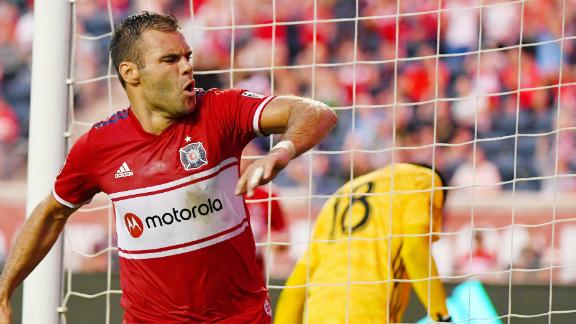